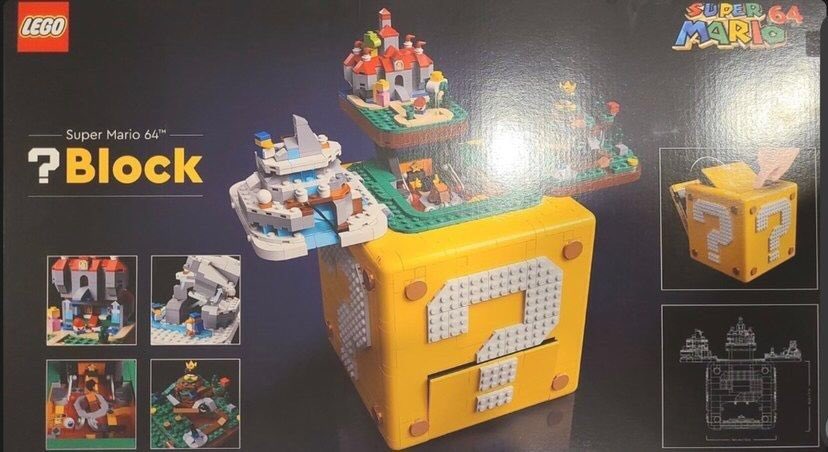 The LEGO Group has teased on Twitter a new LEGO Super Mario Set that comes in the form of a ? Block. Very little detail was shown during the video tweet but the set looks to be more akin to the Nintendo Entertainment System and CRT TV set than that of the other LEGO Super Mario sets.

The tweet itself also comes with the words “We have a ? for you” along with a 20-second video clip showing the ? Block under very limited lighting.

Hello! We’ve got a question for you… pic.twitter.com/A3h6uEbtX1

Not soon after this article was published, the official Nintendo Twitter accounts started revealing the set, which includes micro sets based on locations from the game Super Mario 64.

Here we go! Relive the fun of #SuperMario64 and explore some of its most iconic levels with the #LEGO Super Mario 64 ? Block! pic.twitter.com/TaJJtkOM1C