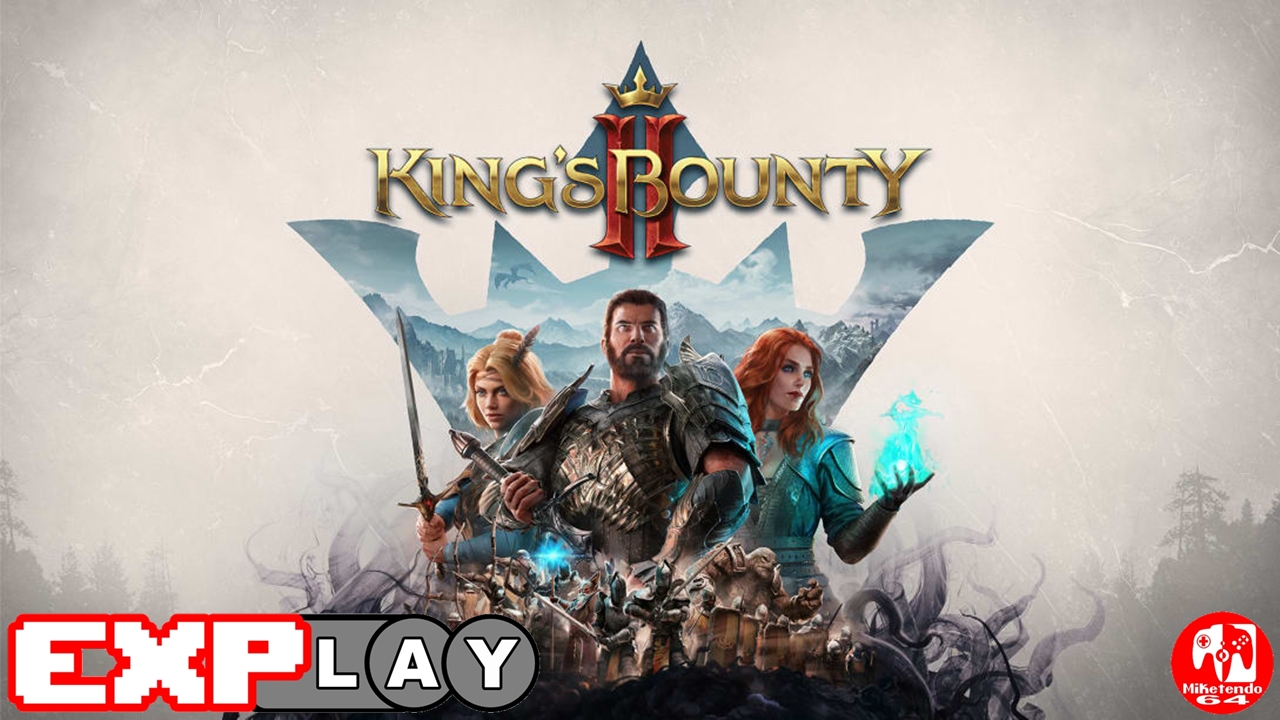 Welcome to EXPlay, (Explain & Play) the review series where we care not for scores but tell it how it is when it comes to every game we get our hands on, whilst also taking the time to include some lengthy gameplay, to give you the reader, the chance to shape your own impressions and views whilst watching and reading. In this installment, we’re covering King’s Bounty II by developer 1C Entertainment.

King’s Bounty II sets you up as a mage, warrior, or paladin recently freed from prison and set on a mission in the world of Nostria. The game has a bit of world-building straight out of the Witcher series or Game of Thrones which has various regions vying for survival and supremacy. You get to choose from one of the aforementioned heroes with their own storyline, available systems, and varied armor. I chose the mage, Katherine who has spells at her disposal for helping your army as well as hinder your enemies’ advance.

There are abilities within the four ideals of Power, Order, Anarchy, and Finesse. The talents allow you to mix things up a bit as you are not locked into one set path and can allow you to play to a style that you cater towards. For instance you can focus on a warrior who’s brute strength powers you through battles, or focus on finesse and magic. The talents you learn can also affect and change the overall story you go through by aligning you with various factions of people, dwarves, beasts, and more.

The gameplay loop comes in both top down hex based combat grids along with an overworld 3D exploration. During battles you take charge of up to six active units with various strengths and weaknesses as well as movement along the battlefield. The number of units you have from the onset depends on your starting character. You can have more units in reserve so lining up your troops before heading into battle is paramount. Depending on the space of the battlefield and obstacles in your way you may find that some troops are not as well suited for engagement as others.

In the beginning I was faced with an early side quest where I had to choose between helping either the underdog dwarves who were being abused by their human brethren. I chose to work with the dwarves and in doing so unlocked a group of units that I could take into battle. I also made myself an enemy to a certain faction since I turned on the humans I could have helped. This dynamic allows for various layering of unique runs through the game that shifts based on choices you make and alliances, units, and items you accrue.

In the overworld sections your map points you in the general direction of main and side quests. Along the paths you will find small puzzles (find items bring it here style) or loot in chests or lying on the ground. The items you find can be helpful in battle, uncover story beats through notes left behind, or sold for money to upgrade units and items you find. As the mage I also came across varied scrolls that allowed me to learn new spells or increase their strength on the battlefield.

While all of the above sounds great in writing, the Switch version of King’s Bounty II does come with some caveats. I looked online of other console versions’ gameplay to get a comparison and there’s no way to say this nicely, the Switch version looks downright terrible when put next to the PS4/5 and Xbox versions of the game. The NPCs you encounter and even your main character look straight out of the PS3 era of games.

Lip syncing is off. Hair and shadows on clothing pop in and look terrible. The overworld is linear, which probably helps the Switch version but I found in comparison the backgrounds and world you traverse or battlefield you fight on, to be compromised greatly when it comes to the visual fidelity of King’s Bounty II.

If you can look past the visual downgrade of King’s Bounty II for Nintendo Switch and see through that  ‘old school’ look, there is a solid game with hours upon hours of ever changing gameplay for you. Considering the varied decisions you can make there are seemingly different outcomes to each play through with each protagonist that beckons for at least several runs to see 100% of what King’s Bounty II has to offer.

If you are looking for a game that mixes varied combat and exploration styles with multiple storylines playing out differently with each run, King’s Bounty II should be near the top of your list this summer. While the Switch version makes concessions the total package is still something to be admired. The fights play out brilliantly in the hex grid as your war parties fight for their survival and you elude the enemy or brute force your way through Nostria.