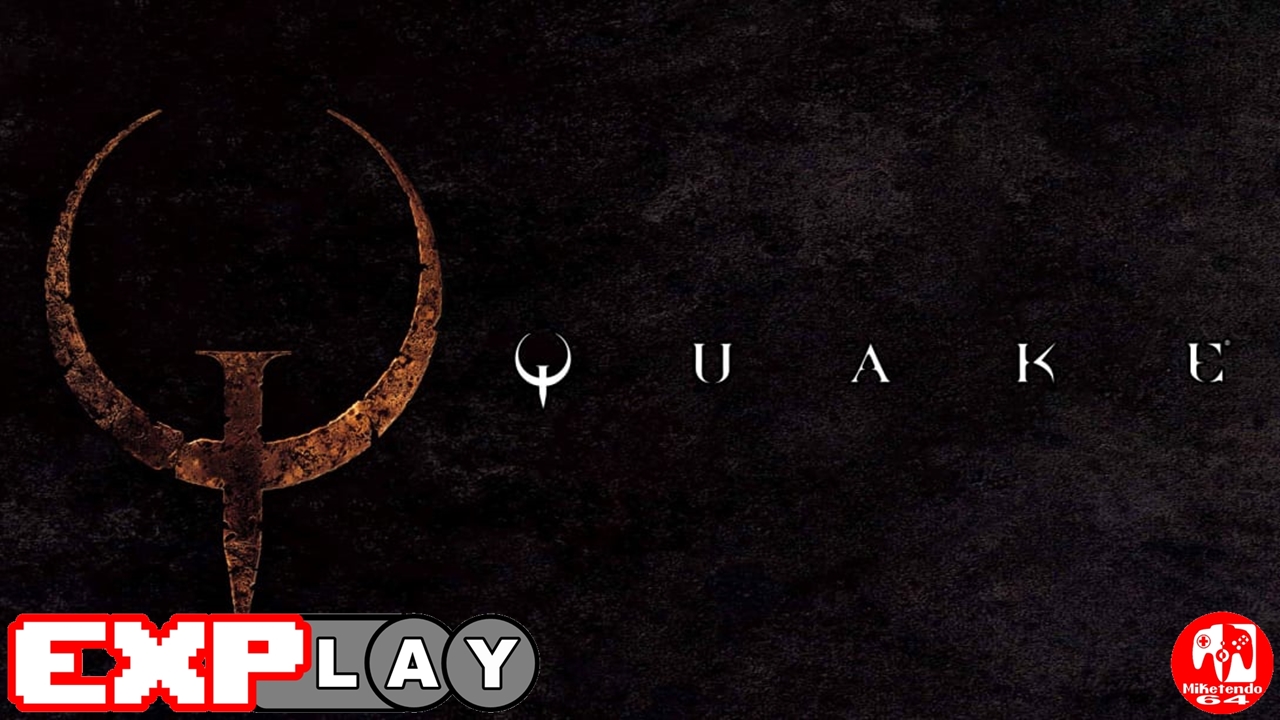 Welcome to EXPlay, (Explain & Play) the review series where we care not for scores but tell it how it is when it comes to every game we get our hands on, whilst also taking the time to include some lengthy gameplay, to give you the reader, the chance to shape your own impressions and views whilst watching and reading. In this installment, we’re covering QUAKE by developer id Software.

Ah, QUAKE. Following on from the success of DOOM back in the early 90’s, QUAKE was id Software’s next big game. It followed in the similar vein to DOOM in terms of gameplay but with a rather different storyline (though perhaps not too different) and visual setting. Rather than fighting through hordes of demons from hell, you are simply fighting against monsters from different dimensions.

QUAKE was recently announced at Quakecon 2021 and immediately released on consoles and PC. It is a remastered version of the original game that has been ported to modern systems thanks to the wizards at Nightdive Studios. The game has been painstakingly remastered whilst maintaining the original look and feel of the game.

In the game, you play as Ranger, a warrior who has to fight his way through hordes of enemies whilst navigating the maze-like stages to find the exit. You will be required at times to find keys in order to unlock doors blocking your path and there will occasionally be a big monstie for you to raze hell on before they obliterate you.

Ranger’s arsenal of weapons range from shotguns to Rocket Launchers and anything in between. You don’t instantly start off with a full arsenal though and have to go looking for the weapons before you can use them. As you play through the Single-Player campaign, you will keep the weapons you find as you progress through consequent levels. If you choose a stage through Level Select, however, you will just have the Shotgun and the axe in your inventory but you can find weapons and ammo easily enough so it is not really an issue.

When you beat each level, you will be taken to a results screen. This screen shows how long it took you to beat the stage, how many enemies you have defeated and how many secrets you have found. If ever you wish to improve your results, you can replay stages via the Level Select menu.

QUAKE features the original game plus the two original expansions as well as two new expansions that are developed by MachineGames. You can choose to play any of them straight away in Single-Player Mode. You will then be taken to a hub world, where you will be able to select the difficulty by walking through the associated warp portal.

One of the things that made QUAKE popular was the multiplayer. You may be happy to know that it makes a triumphant return in this version and both Online and Splitscreen multiplayer is supported (not at the same time though). Up to four players can play together on the same console in Splitscreen multiplayer in deathmatch or co-op campaign. The Online Multiplayer mode allows up to eight players to duke it out online. Cross-play is also supported so Switch players will be able to play with other players using other systems.

For a game that is 25 years old, QUAKE does show its age but Nightdive Studios has done an incredible job in updating the visuals, lighting, enhancing the models, upscaling to 1080p, and adding motion controls to boot. There is quite a lot of content to keep players engaged and with plenty of free mods to download and play as well, you are actually getting quite a lot of game for only $9.99.