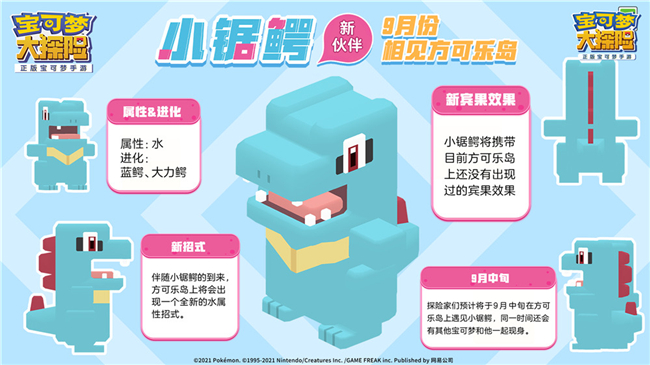 Just in case it’s not bad enough that the all singing, all dancing version of Pokémon Quest, which includes Pokémon wearing costumes, a PVP mode and events, the Chinese version of the game is about to get another cool addition.

Happening in September, the first batch of Gen 2 Pokémon will make their debut. It’s not been said how many are being added or which ones, but at the very least, we know Totadile will be among them and its evolutionary line.