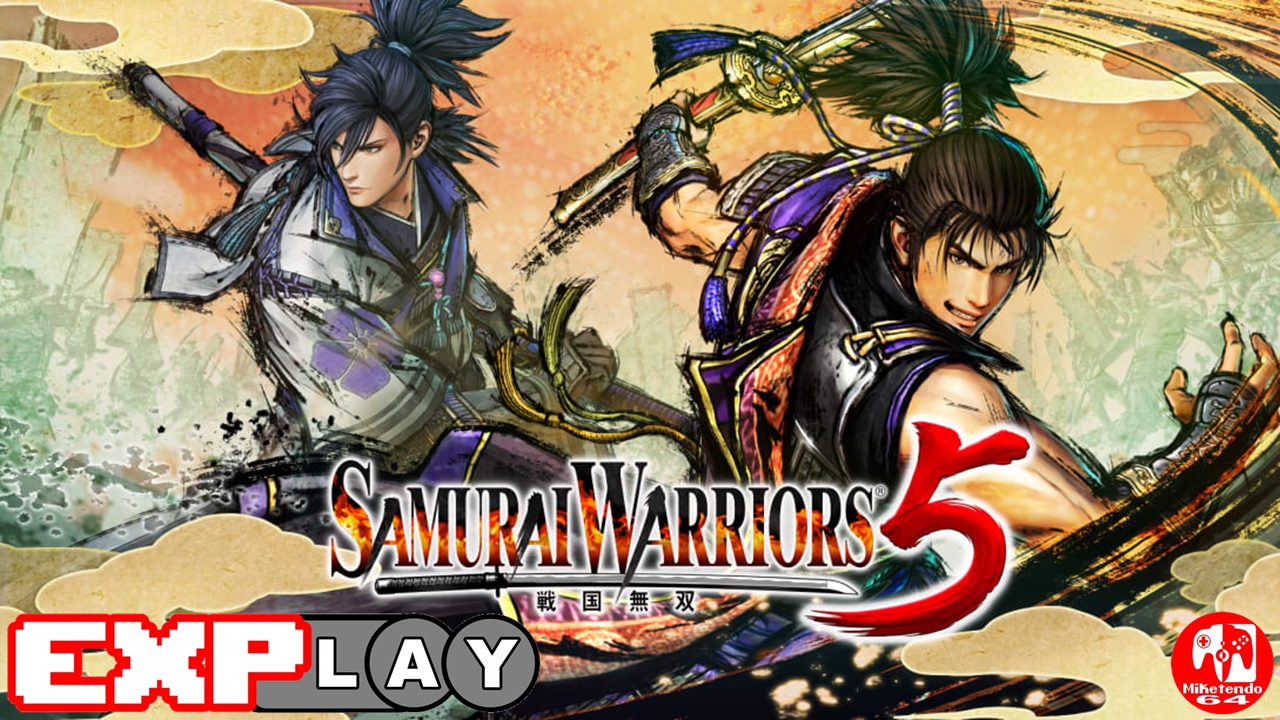 Welcome to EXPlay, (Explain & Play) the review series where we care not for scores but tell it how it is when it comes to every game we get our hands on, whilst also taking the time to include some lengthy gameplay, to give you the reader, the chance to shape your own impressions and views whilst watching and reading. In this installment, we’re covering Samurai Warriors 5 by developer Storybird Games.

After seven long and gruelling years, the Samurai Warriors franchise has been revived and revamped with an all new entry in the form of Samurai Warriors 5. The game follows a young Nobunaga Oda, leader of the Oda Clan, who during the turbulent times of 16th century Japan sought to unify all of Japan. The events of the game are loosely based on that of the real-life Oda Nobunaga during the Sengoku period.

Samurai Warriors 5 is a musou game that tasks players to hack and slash their way through hordes of enemies whilst completing objectives. Some objectives may require players to reach a certain area, defeat enemy officers, and so on. The further you get into the game, the stronger enemies become as well as objectives becoming more demanding.

When you start the game, you will only have one character to play as but as you progress through the game and its story, you will be able to unlock more playable characters, bringing the total to 27. Players can upgrade their characters and weapons to make them stronger. In order to do so, you will need to acuire points in their respective areas (skill points for the character skill tree, weapon points to improve weapons and so on).

Defeating enemies with weapons will increase your mastery with them and allow you to use higher class weapons. You will also earn experience that will permit your character to level up and become stronger. The more enemies that you defeat, the more experience you can earn as well as skill points that you will be able to use to boost your character’s stats and skills.

As regards controls and gameplay, Samurai Warriors 5 is much like any other Musou game, so for those familiar with the genre will be able to acquaint themselves pretty quickly. Players can attack enemies with a weak attack and a strong attack. You can also administer combo attacks by stringing together a series of weak attacks and finishing with a stronger one.

As you make short work of the enemy hordes, you will be able to fill up a gauge known as the Musou meter. This meter allows you to perform a powerful attack on your enemies and it doesn’t have to be full in order to be used either. Of course, the Musou attack is more powerful if the gauge is full.

There is also another gauge that fills up over time that will allow you to become stonger and quicker for a limited time (Kind of like the magic gauge in Hyrule Warriors). Players can also administer Ultimate Skills that each have different perks depending on the skills you have chosen. You can select up to four Ultimate Skills and can use them in battle by holding down the R button and then pressing the associated button for that skill (A,B,X,Y). Ultimate Skills have a cooldown period before they can be used again and differ between skills.

Up to two players can play Samurai Warriors 5 together offline and online. To do so offline, you can simply press + on the My Scenario menu for a second player to join. For online multiplayer play, you will have to access it through ‘My Castle’ menu and press Y (as indicated in the lower right-hand side of the screen).  You can either join a game or host one but you will only be able to play stages that you have already played before. It might seem like a downer but at least this way, you won’t have any spoilers to deal with that could sour your gameplay experience.

I must point out that multiplayer only becomes available after playing through the first few stages in Chapter 1: Nobunaga’s Path. During that time though, you will get the feel of the game and after about four missions or so, you will soon be able to play with a friend. You will also have unlocked some characters by then so you will have a choice to choose from.

Samurai Warriors 5 is an enjoyable Musou game that has a rich story to compliment it. It also provides insight into Japanese History by being based around actual events and people. Sure, the game has its flair to accentuate things or make characters look more appealing with its colorful art style and sexy characters but it is done tastefully and respectfully to the source material.

Fans of the original Samurai Warriors series and those of Musou or Warriors titles will have no problem jumping into this game. I would also like to add that Samurai Warriors 5 is a good entry point into the genre and makes a great stepping stone for players of Hyrule Warriors: Age of Calamity to make the leapIts time to get Feudal into full-on Musou games.