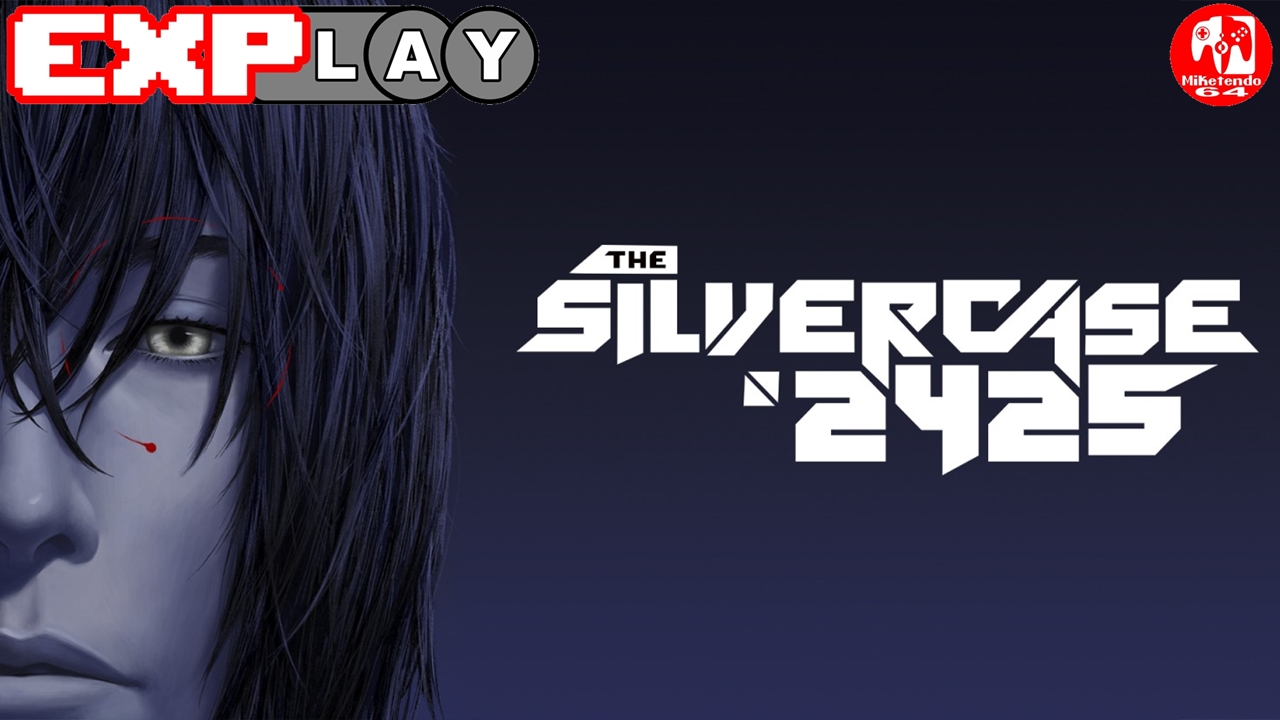 Welcome to EXPlay, (Explain & Play) the review series where we care not for scores but tell it how it is when it comes to every game we get our hands on, whilst also taking the time to include some lengthy gameplay, to give you the reader, the chance to shape your own impressions and views whilst watching and reading. In this installment, we’re covering The Silver Case 2425 by developer Grasshopper Manufacture.

The Silver Case is a localized remaster of the Sony PlayStation game of the same name The original game released on the console back in 1999 and was the first game to be produced from Grasshopper Manufacture when Goichi Suda founded the company in 1998.

Both games are set in a fictional and contempory Japan with the first game centered around a city known as the 24 Wards and the sequel in 25th Ward. Both stories follow different protagonists who are detectives in a particular police department or a journalist seeking the truth to what is happening. The 24 Wards is meant to be a place of peace but the seedy underbelly of crime is rife at its core. Certain task forces in the police department are dedicated to eradicating the crime with their own kind of justice that doesn’t involve the judicial system.

After a series of heinous and brutal murders occur, the Heinous Crime Unit are sent out to investigate them. The profile of each case seems to match that of a serial killer who was long thought to be out of commission but perhaps is making their return.

As a visual novel, The Silver Case 2425 is mostly about conveying the story to the player and having them interact at certain points in the game. You will be given the option to move around at times and will be required to to interact with certain things or check your surroundings. You will also have to answer puzzles and decrypt codes in order to progress forward in the story.

I must say that the game has a very unique style to it. The screen itself consists of several different instances at the same time. In the middle of the screen there is a there is a box that displays the visual representation of the game’s story. It can consist of images, CGI cutscenes, and even some live-action scenes as well. The outer screen is made up of different backgrounds and wallpapers with scrolling texts or images. Text boxes will appear and text will be typed out within them as characters interact with one another.

The whole visual aesthetic is certainly unique and to me, is quite a lot to take in at first. I can understand why they went with it though. Suda wanted the game to be unique and it is certainly that. The Remaster updated a lot of the visuals to make it more appealing to modern gamers but wanted to keep it as close to the original aesthetic as possible.

The Silver Case 2425 is in all sense of the word; Interesting. Following on from my limited experience of visual novels like Famicom Detective Agency, which I found most enjoyable and very easy to get into, I found The Silver Case 2425 is much deeper and requires a lot more commitment from the player. I can see this game being enjoyed much more by fans of Goichi Suda and Grasshopper Manufacture and for anyone looking for a really unique visual novel game to sink themselves into.

The 25th Ward: The Silver Case: (The Gameplay)