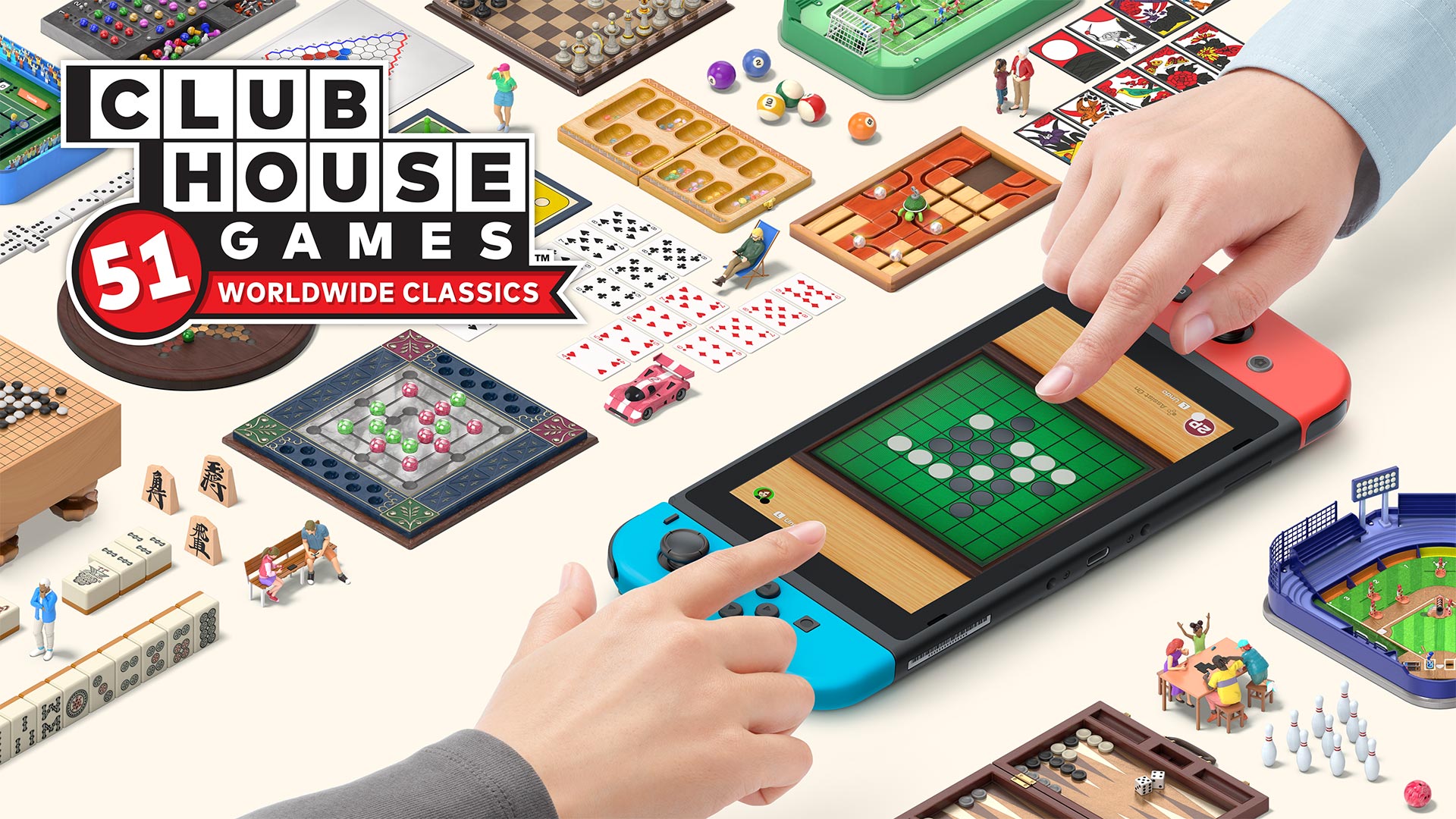 The Nintendo Switch has perhaps the most diverse library of video games than any other Nintendo console. From action games and platformers to fighting and strategy games, there is bound to be a game to your personal preferences.

For this article, we are focusing on five card-based games that require players to use and/or collect playing cards. This includes traditional tabletop card games and themed deck-building games. All of these games can be found on the Nintendo Switch eShop and some are also available physically as well.

51 Worldwide Classics or Clubhouse Games: 51 Worldwide Classics as it is also called consists of 51 classic games from all over the world. Some are tabletop games like Connect Four, others are video game classics like tanks and there are a number of traditional card games that feature the likes of Blackjack, War, Gin, Texas Hold’em, President, and Last Card.

These games can be played between 1-4 players depending on the game and in some cases, players will need to have their own Nintendo Switch console and at least a single copy of the full game between them and the other players using the demo. As fun as the games are to play and the large variety of games that are available, there is no denying that a physical deck of playing cards are probably a more economic alternative to playing these kinds of card games.

SteamWorld Quest: Hand of Gilgamech is a deck-building RPG game by the talented minds of the formally known Image & Form (now known as Thunderful Games). Players can move around a colorful cartoon-esque world that combines traditional fantasy with steampunk robots. Players can level up their heroes and fight monsters using punch cards. With over 100 different cards to collect, find them to build up your deck and use them in battle to defeat enemies with devasting prowess.

Super Dragon Ball Heroes World Mission is described as a “Tactical-Card” game. Set in an alternate reality, players create their own avatar and must compete in the highly popular Super Dragon Ball Heroes card game. they must collect cards to build their decks and then rise to the top of the tournaments to be crowned the champion.

Shovel Knight: King of Cards is not a typical card-based game as it combines 8-bit 2D platforming of previous Shovel Knight games with deck-building. As the Golden-gilded King Knight, you set out to forge a kingdom of your own whilst taken part in the popular card game of Joustus. With over 120 cards to collect to build your formidable deck, you can take on challengers and defeat them as you strive to become champion of the four houses of Joustus.

UNO is perhaps one of the most easily recognized card games in the world and it is playable on Nintendo Switch. Up to four players can play together with varying sets of rules like Classic, Swapping 7’s, Stacking, and Jump-In. Players can play locally or online and can use emotes to communicate with other players around the world.

Bonus – Shantae and the Seven Sirens

Okay, Shantae and the Seven Sirens is not really a card game at all but we had to have this game on the list but we do have a good reason. In the game, Shantae can collect Monster cards and use them to access certain perks. There are 50 Monster Cards to collect in the game and getting them all can take some time. Still, we loved the feature in the game so much that we thought it was worthy enough to be added to this list.

These are just a few of the many card games that can be found on Nintendo Switch. We hope there may be a game that interests you but if not, you can look through the extensive list on Nintendo’s official website.

Thank you for reading and until next time, keep on gaming!