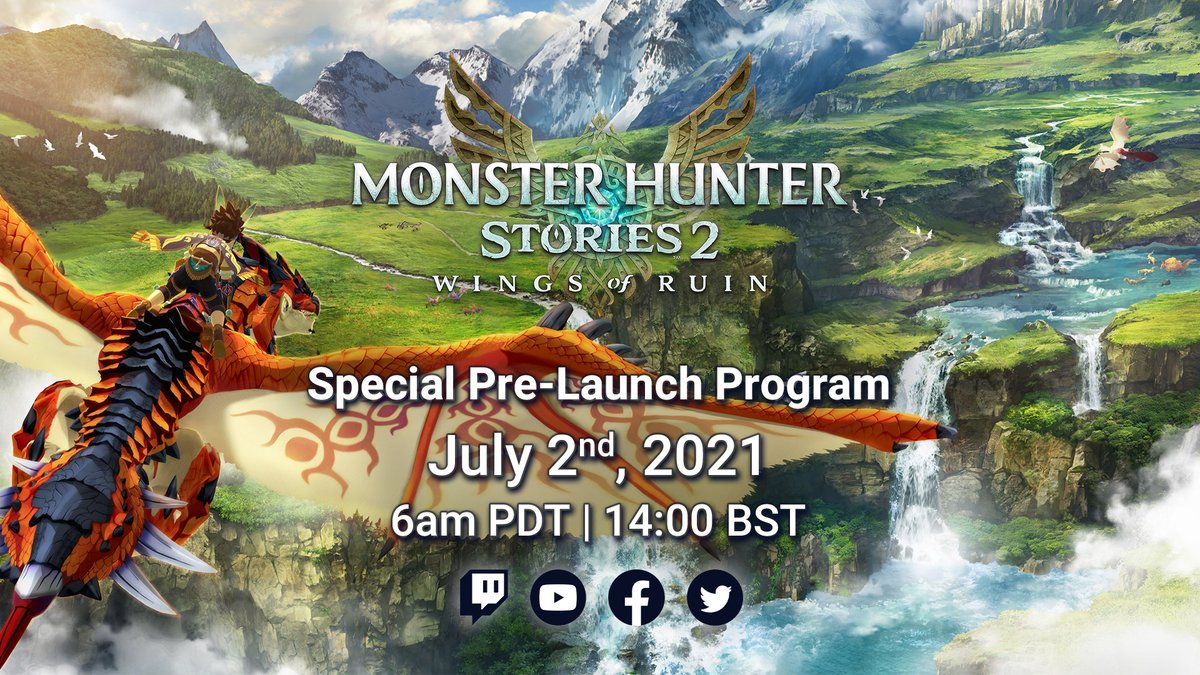 1 week until the big day.

With the demo out now and two weeks to go before the release of Monster Hunter Stories 2: Wings of Ruin, Capcom has announced a new upcoming stream.

Utilising Twitch and taking place on July 2, 2021, Capcom will air a “Special Pre-Launch Program” that is said to consist of the game’s launch trailer, co-op gameplay, update details and “behind the scenes content.”

The livestream is set to take place at the following times:

Tune in on July 2nd for our final preview of #MHStories2 before launch, featuring…

Gameplay of the demo can be seen here: