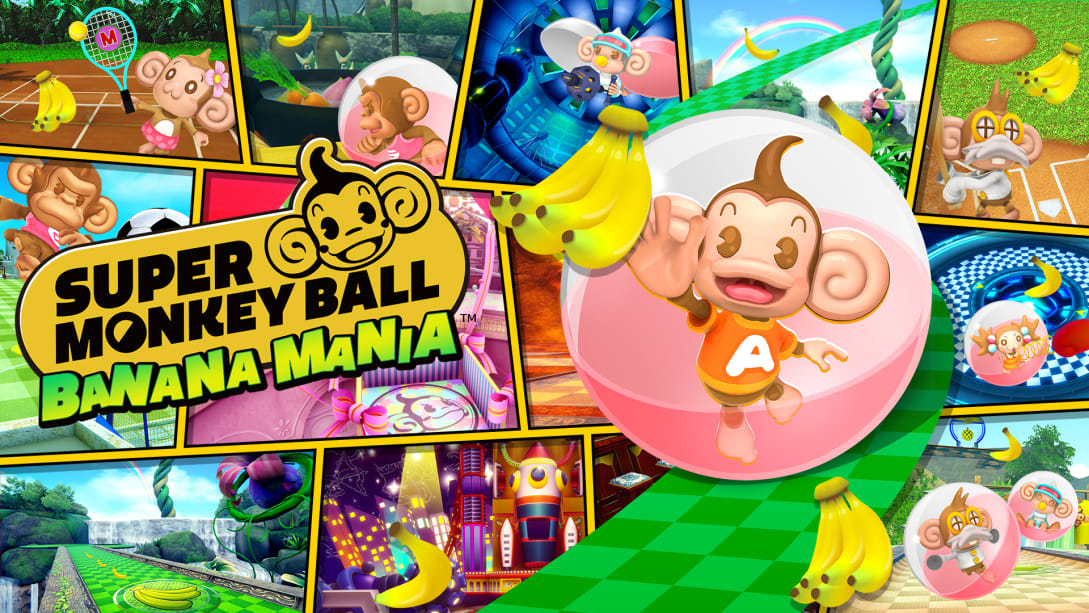 June 16, 2021 5:32 pm Published by Mike Scorpio Leave your thoughts
Though it may not be the banana craving simian that Nintendo fans have hoped for (Sorry Donkey Kong), Super Monkey Ball is back with another outing on Nintendo Switch. Super Monkey Ball Banana Mania was announced during the Nintendo Direct E3 2021 and we have gathered up the following details from the Nintendo Website:

Players: Up to 4 Players

Roll through wondrous worlds with AiAi and friends as you race to stop monkey mad scientist Dr. Bad-Boon from blowing up Jungle Island! Join the all-star monkey team of AiAi, MeeMee, GonGon, Baby, YanYan and Doctor as you bounce, tilt, and roll your way across hundreds of delightfully crafted levels and mazes. It’s monkey business for the gang – play solo or with friends as you take down Dr. Bad-Boon and steal back your beloved bananas! Features: