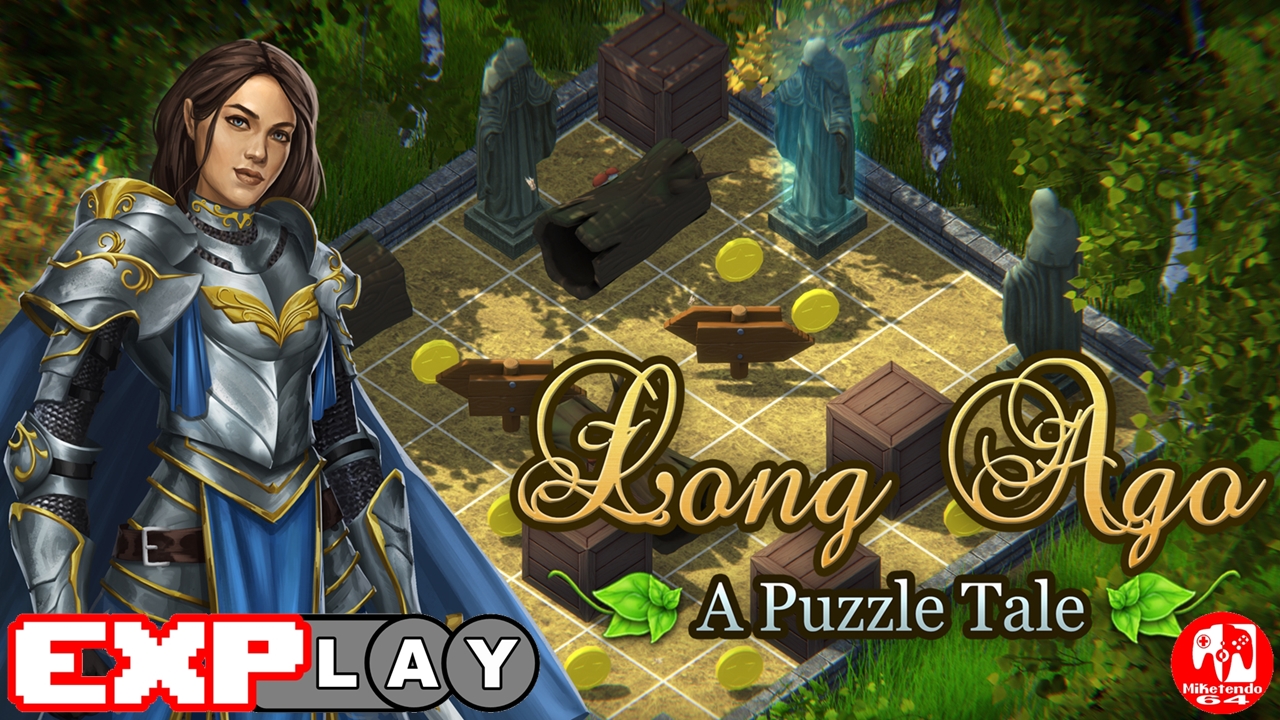 Welcome to EXPlay, (Explain & Play) the review series where we care not for scores but tell it how it is when it comes to every game we get our hands on, whilst also taking the time to include some lengthy gameplay, to give you the reader, the chance to shape your own impressions and views whilst watching and reading. In this installment, we’re covering Long Ago: A Puzzle Tale by developer GrimTalin.

Long Ago: A Puzzle Tale: (The Explanation)

Long Ago: A Puzzle Tale is an isometric puzzle game with a romantic medieval setting. The player must move a ball around a grid to collect quills and coins in as few turns as possible. The ball of course, can only move in a singular direction until it hits the surface of an obstacle. However, there are a couple of obstacles that can change the trajectory of the ball (which we will cover a bit later).

As the player navigates the ball around the stage and collects the objects, words will appear at the bottom of the screen. Upon the completion of each stage, a voice will then narrate the words that are part of the game’s story. The words are said in rhyme and tell the tale of a princess longing to be free and escapes the confines of her father’s castle. With every chapter stage that you play in the game, you will hear more of the story about the brave princess.

Speaking of stages, they are around 80 puzzles spaced across 5 chapters. Each chapter has a selection of story stages and puzzle stages. The story stages, as you may have guessed, tell the story of the game and have the player collect all the quills in the stage in a limited number of moves.

The puzzle stages are very much the same principle as the story stages without the story but instad task the player with collecting coins in as few moves as possible. They also have the extra challeng that players can earn up to three gems per stage depending on how few moves each stage was finished in.

Each of the five chapters are centered around a different environment like a forest, desert, mountain or town. They also have obstacles that a player must overcome or tackle in a certain order. The wooden signs for example, can change the direction of the ball. Another obstacl are statues that have to be hit in order to be activated. They can then drop feathers or coins that are needed to complete the stage.

The coins that you collect in the puzzle stages also have a use outside of being a simple collectible. They can in fact, be used to purchase skins to customize the ball. There are 13 unlockable skins for the ball along with two skins that you have unlocked already at the start.

Long Ago: A Puzzle Tale is one of those games that can get easily overlooked but it really shouldn’t. It is an underrated indie gem that makes for an ideal coffee break pastime, like a Crossword or Sudoku puzzle. The puzzles provide plenty of challenge but the solutions themselves are actually quite simple once you have figured them out.

Long Ago: A Puzzle Tale: (The Gameplay)