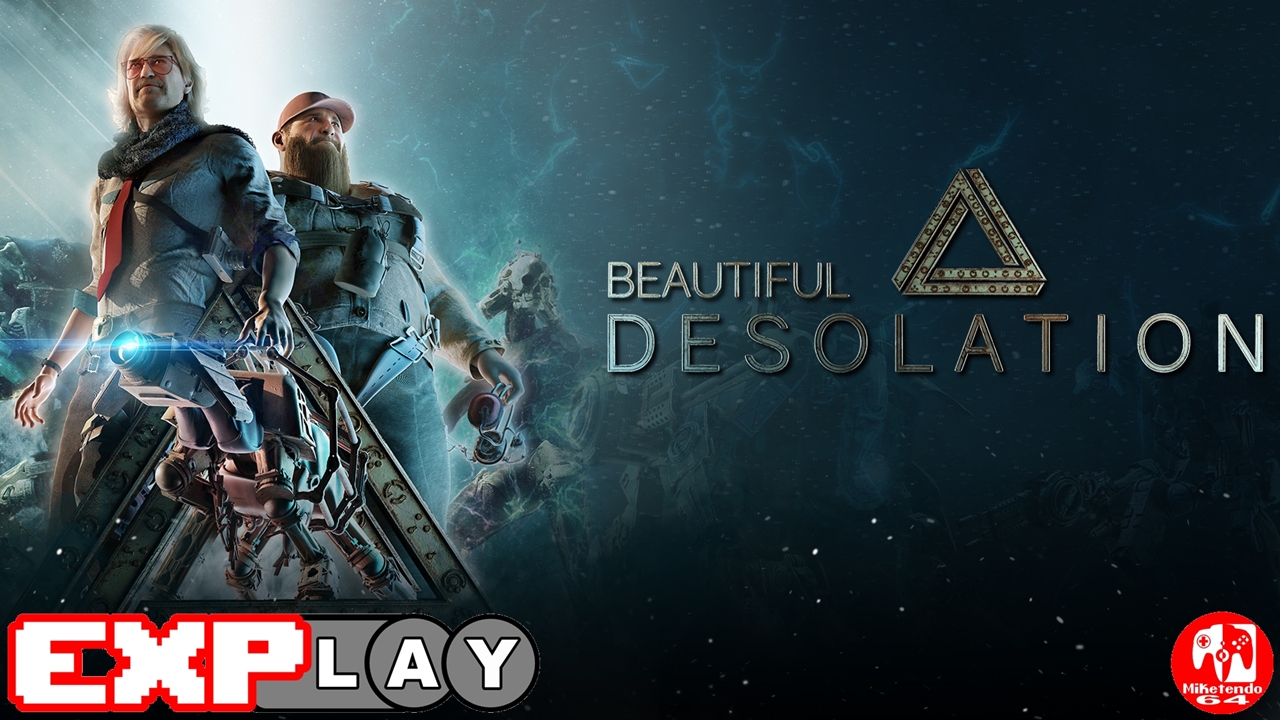 Welcome to EXPlay, (Explain & Play) the review series where we care not for scores but tell it how it is when it comes to every game we get our hands on, whilst also taking the time to include some lengthy gameplay, to give you the reader, the chance to shape your own impressions and views whilst watching and reading. In this installment, we’re covering BEAUTIFUL DESOLATION by developer The Brotherhood.

BEAUTIFUL DESOLATION is set in a post-apocalyptic Africa. Brothers Mark and Don somehow find themselves in the future after experiencing a strange phenomenon while they were investigating an Alien craft. The world in which they new is long gone and sentient machines have established a society for themselves.

The game is an Isometric adventure game that focuses on exploration and story telling. You take the role of Mark and must make your way through post-apocalypse Africa with his brother Don and an sentient robot called POOCH. They three are separated after a crash landing and Mark must first find his brother and POOCH before they can figure out how to get back to where they came from.

BEAUTIFUL DESOLATION is very much like a visual novel with a deep focus on exploration and puzzle solving. The story is told through interactive cutscenes that provide you with a number of different responses that will alter the direction of conversation. How you respond to characters in these conversations can spur some interesting reactions from them.

Anyway, back to the actual gameplay of the game. More often than not in BEAUTIFUL DESOLATION, you will find yourself backtracking to areas you have already explored in order to find something that will help you move forward. This could be anything from finding and creating a key item or triggering a revealing line of dialogue with an NPC that could point you in the right direction.

The regions in the game are quite vast in comparison to the size of your character on screen but you are somewhat limited to where you can go in each area. You can’t traverse the whole map moving from area to area. Instead, there is an overworld of sorts that is traversed by using an aerial craft. Of course, you don’t have access to it right away and you have to repair it first to get it up and running. You can then use the craft to visit other areas including towns, settlements and outposts

BEAUTIFUL DESOLATION is an certainly an interesting game, where combat takes a backseat for a change and makes room for the story and exploration. A Sci-fi, post-apocalpytic Africa to explore awaits you with religious robots, alien mercenaries and humans stripped of flesh in the hopes of immortality. If you are looking for something different, this is most definitely different.