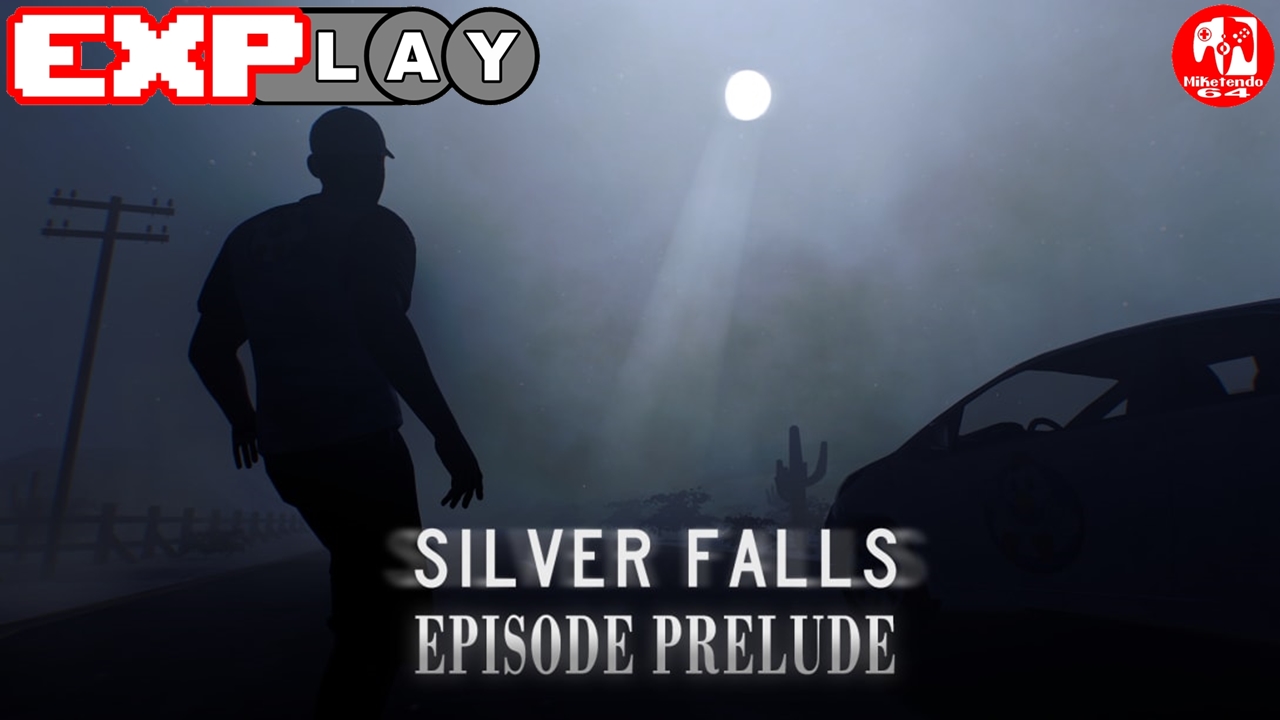 Welcome to EXPlay, (Explain & Play) the review series where we care not for scores but tell it how it is when it comes to every game we get our hands on, whilst also taking the time to include some lengthy gameplay, to give you the reader, the chance to shape your own impressions and views whilst watching and reading. In this installment, we’re covering Silver Falls Episode Prelude by developer Sungrand.

Silver Falls Episode Prelude takes place before the events of Sungrand’s Silver Falls – 3 Down Stars. It is a supernatural horror/thriller game set in the quiet rural area of Silver Falls. When the townsfolk of Silver Falls start claiming to see things and disappearing under strange circumstances, some members of the community take it upon themselves to discover the truth of what exactly is going on.

This instalment is a standalone prelude episode that follows a young man called Rominic working as a delivery boy for a fast food restaurant. One late night, he is delivering an order to a house out in the desert but no one seems to be home. Slightly bewildered as the customer is usually at home and made the order only an hour before, Rominic takes a look around the property to see if he can find them.

Eventually, Rominic finds a key to the house and decides to let himself in. The customer is still no where to be seen so Rominic leaves the house and encounters a deformed looking coyote. The coyote chases after Rominic as he tries to return to his car and get out of there.

Silver Falls Episode Prelude is played from a third-person perspective. It is a survival game with puzzle elements and combat. Rominic can interact with a number of objects including diary entries that expand upon the lore of the series. He can find tools to use on certain objects and weapons to defend himself from the bloodthirsty and deformed wildlife that want to ravage him alive.

The Story mode is relatively short. It will take you a good while to play through it the first time around without assistance. Mainly due to you fumbling around the dark looking for tools that you need to find other tools that will eventually get you the key you need to enter the house.

As you deal with the task at hand, you will recieve messages from Rominic’s boss of his second job. Rominic needs to reply to all of the boss’s messages as well in order to progress the story along otherwise you will not reach the next part of the story. You can show and hide the Messages by pressing the R button. In order to reply to the messages when prompted, you must push in the right Joystick.

Aside from the Story Mode, Silver Falls Episode Prelude also has a Battle Mode. This is the meat and potatoes of the game and is where most of the replayability will come from. Essentially, you can choose from four locations that you have unlocked from Story Mode. you must then fight through waves of enemies and stay alive as long as you can. You will earn rewards in the form of better weapons that could also come with perks to help you fight enemies.

From the hub room, you can purchase snacks that can replenish your health when used as well as treat wounds or radiation. You also purchase ammo for your weapons so you can keep your firearms stocked. Snacks and ammo require coin in order to be purchased so you may have to sell unwanted weapons so you can stock up on the essentials

Silver Falls Episode Prelude serves as a good entry point to the Silver Falls series that has titles on Nintendo Switch, 3DS, and even the gameboy. It is the work of a solo developer who has done a pretty darn good job in building up this “Stranger Things” like world. While it does fall on the short side, it leaves you wanting more to find how the story continues.