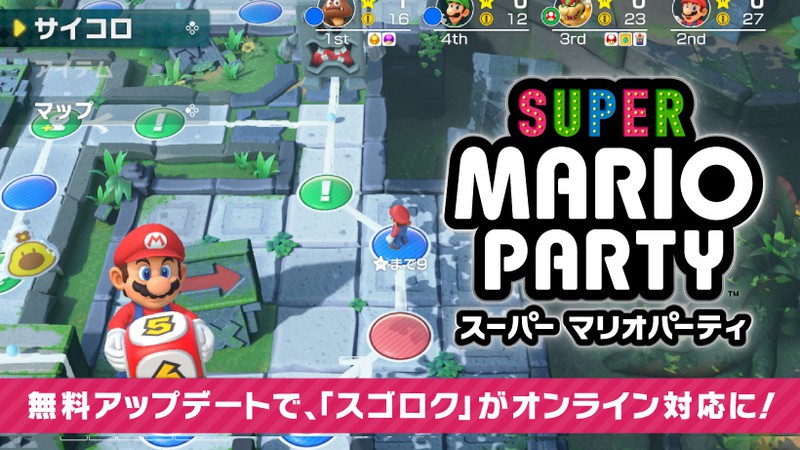 Super Mario Party gets First Update in 2 years (Version 1.1.0 is out now)

While Nintendo still doesn’t seem willing to create some DLC for Super Mario Party, there is still some life in the old dog yet as a new update is available now and we have the full patch notes right here:

Playing over the internet

Realistically, this is an update that would have been better suited releasing much closer to its 2018 launch date, but better late than ever? At least those who held off purchasing previously, now have more reason to do so.