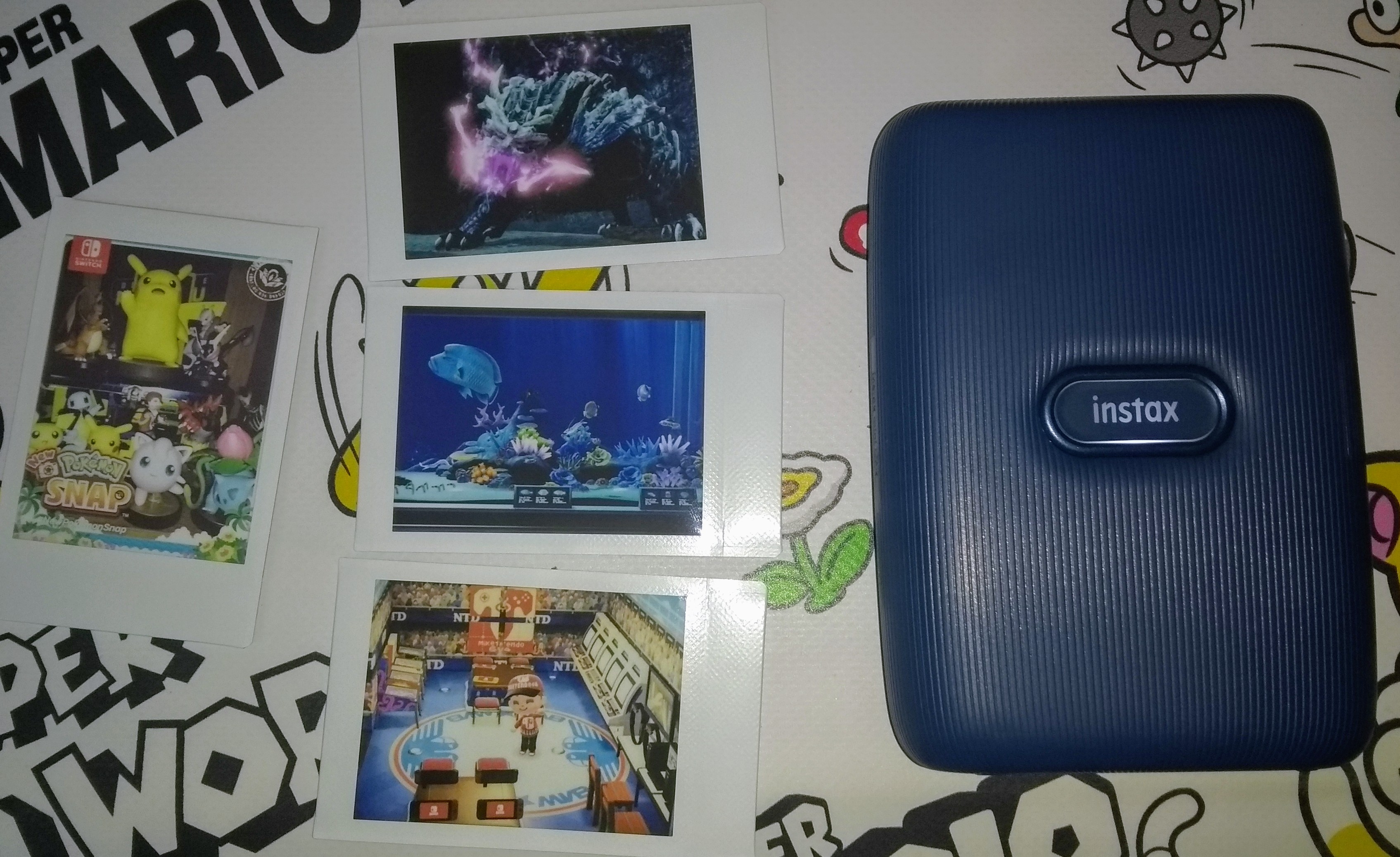 We recently covered the news about Nintendo collaborating with Fujifilm on a Special Edition of the Instax Mini Link Smartphone Printer, as well as an all-new app that will allow users to print out their Nintendo Switch screenshots. While neither of the two releases until April 30th, 2021, to coincide with the release of New Pokémon Snap on Nintendo Switch, we got our hands on one of the currently available models on the market.

Now, we have it on good authority from Instax UK that the current models and the Special Edition are no different from each other and the upcoming app will work for both models. The differences are that the Special edition sports Nintendo red coloring around the opening of the printer and the bundle (which will be available sometime in May) also come with a pretty cool Pikachu-themed silicone cover to put over the printer. As regards hardware, they are practically identical.

The Instax Mini Link connects with a smartphone device via a dedicated app and Bluetooth connectivity. It can then print out small polaroid-like photographs with a single press of a button or swipe of a finger. Contrary to what the cool announcement trailer for the new Mini Link app for Nintendo Switch will have you believe.

The images do not come out of the printer already developed. Nope, they actually come out blank and gradually develop within a minute. Of course, that doesn’t look nearly as cool for a trailer so a little “TV magic” was used. A little baity but understandable.

So, as we mentioned before, We got our hands on one of the currently available models and have been playing around with it and printed out some of the Nintendo Switch screenshots we have on our phone. The results are actually pretty good and the photos are printed in very good quality. It is just as well really seeing as the photo paper itself is actually quite small. The size of the photo paper is 5.4cm by 8.5cm with the printable surface only being 4.6cm by 6.2cm.

I can see this being a very niche product. It is great that you can print out your photos in great quality in an instant but you can just as easily visit a Kodak booth at a local printer shop and get your screenshots developed or simply print them on photo paper at home.

As you can see in the photograph above, the final product of the photos is left with a white border with one part being slightly wider, allowing for space to write on. These were printed with the standard Mini Link app but the new upcoming app will allow you to take Nintendo Switch Screenshots directly from the console and you can also add themed borders based on Super Mario, Pokémon, and Animal Crossing.

That is pretty cool and I can see a fair number of people making good use of the Instax Mini Link printer… if they have one already. You see, the printer is priced at around $100.00 USD / €100.00 (and the SE Pikachu Bundle is priced at $120.00) give or take your country’s exchange rates. This is a huge chunk of change that not everyone will be willing to spend on something they may only use a few times. After all, you can put it towards a full-size A4 printer with wireless connectivity and use the printer with other devices and print much more than wallet photos.

A potential selling point for this printer is that people could use the photos to create their own “artisanal” amiibo cards. By taking a screenshot on the Nintendo Switch and printing it out, people with a little tech-savvy and a smart device with NFC features (Near Field Communication) can download an app that can write to NFC tags. These tags can then be stuck to the photo and you have yourself your very own amiibo card. It wouldn’t be exceptionally pretty as the back of the photo is exposed and would look more attractive if it had something to cover over it.

Still, when all is said and done, the Instax Mini Link Special Edition bundle will no doubt be a hot collector’s edition with the Pikachu silicon cover and has no doubt already caught the eyes of scalpers everywhere. Now that I already have an Instax Mini Link Printer, I won’t be jumping in headfirst to pick up the Special Edition but I will definitely be getting use out of the one I do own for the next few weeks as I print out my favorite New Pokémon Snap Nintendo Switch Screenshots.

Do you own an Instax Mini Link Smartphone Printer? Will you be purchasing the Special Edition with the Pikachu cover? Are you going to put it to good use come April 30th for New Pokémon Snap? Please let us know in the comments