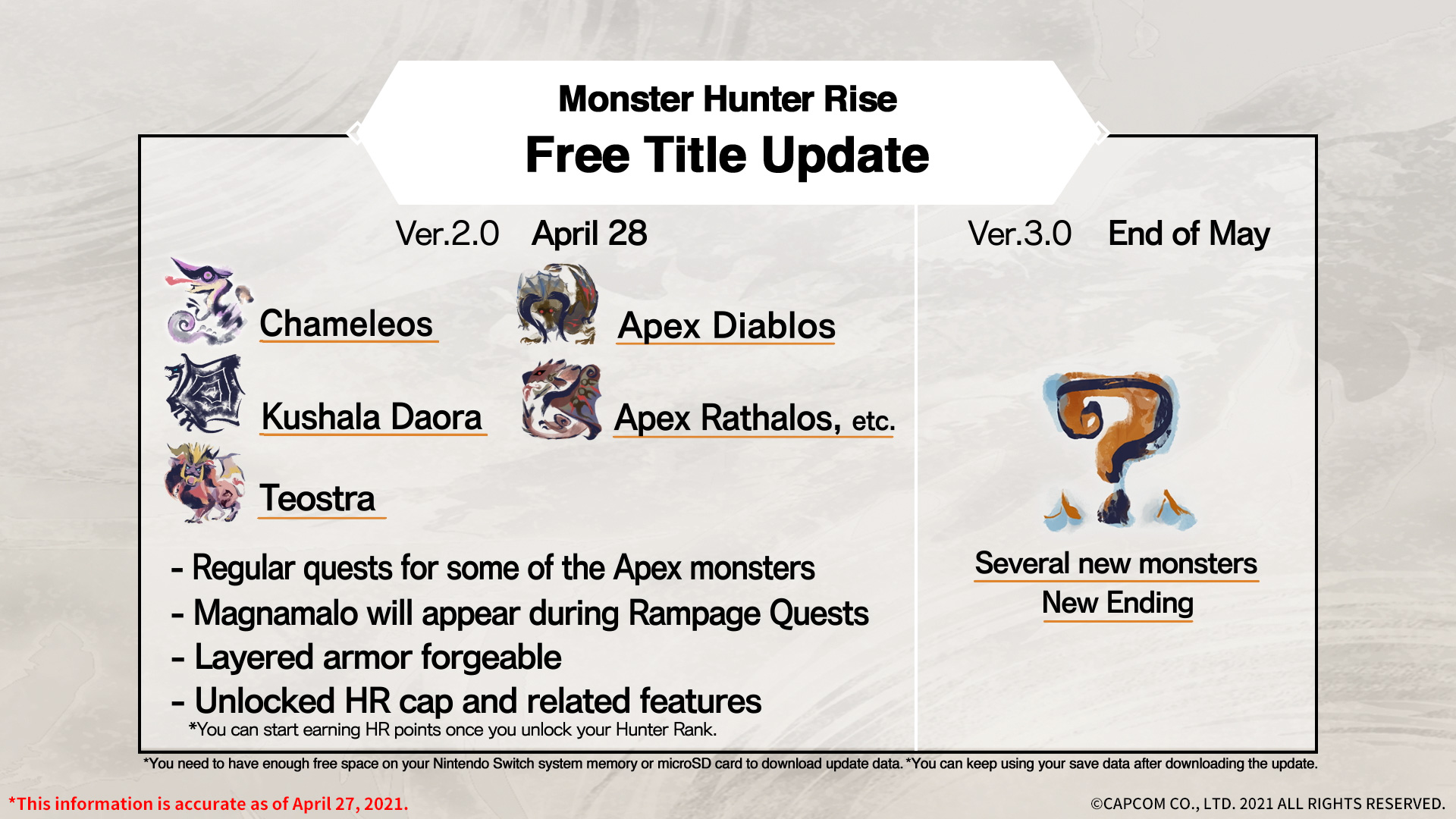 With MONSTER HUNTER RISE already killing it in sales, revealed as part of today’s Monster Hunter Digital Event, the previously teased version 2.0 update releases this week on April 28. A trailer and full patch notes have been provided, but so has a roadmap that has revealed the release of a version 3.0 update, near the end of May. This update is said to add a new ending and several new monsters.

With regards to what the version 2.0 update entails, we have that information right here:

The free Title Update “Ver.2.0” contains several monsters, like Teostra and Kushala Daora, as well as some new Apex monsters. It also adds standard quests for some Apex monsters, and it allows you to forge “layered armor” to change your appearance!

Some Apex Monsters will get their own standard quests. They broke free from the Rampage to wreak havoc around various locales!

Magnamalo, the flagship monster of this game, will now appear during Rampage Quests. Use Hunting Installations or get up-close and personal to protect the village!

Once you’ve unlocked the cap, you’ll be able to forge layered armor, which allows you to change your hunter’s appearance without sacrificing the skills and stats of your regular armor. Bring some fashion to your hunts!

Looking forward to tomorrow’s update? We certainly are!