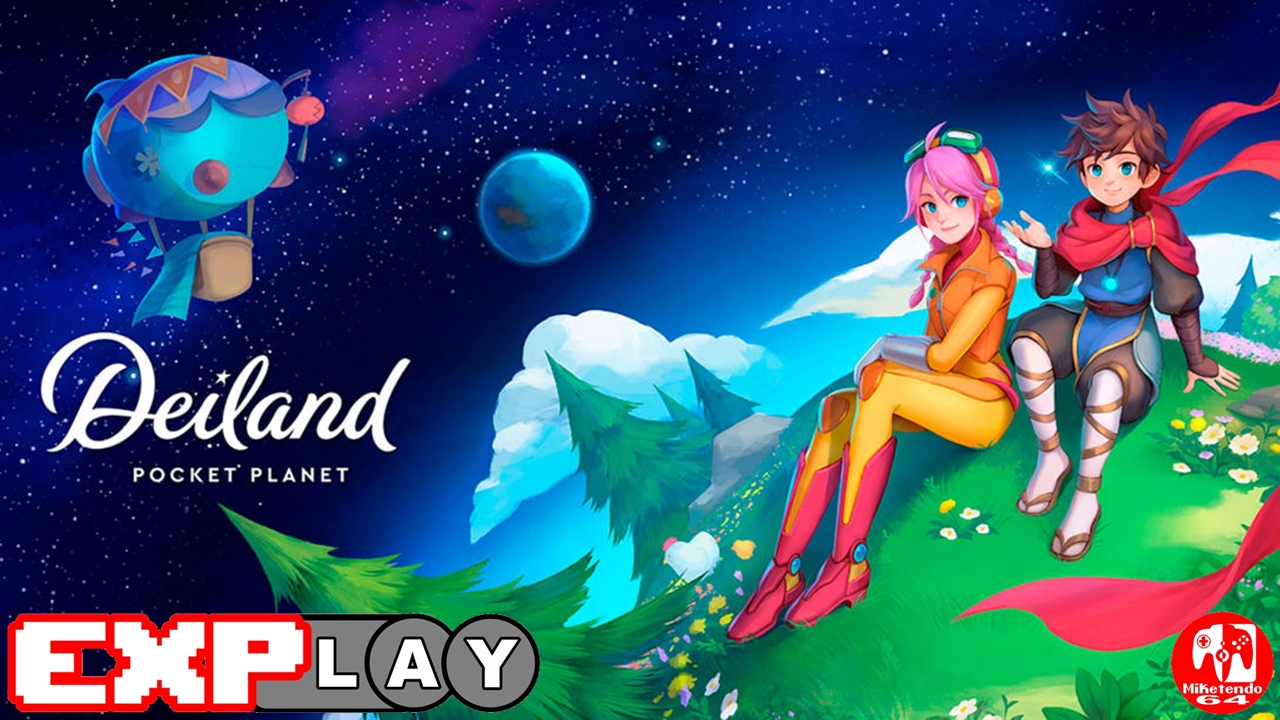 Welcome to EXPlay, (Explain & Play) the review series where we care not for scores but tell it how it is when it comes to every game we get our hands on, whilst also taking the time to include some lengthy gameplay, to give you the reader, the chance to shape your own impressions and views whilst watching and reading. In this installment, we’re covering Deiland: Pocket Planet by developer Chibig.

Deiland: Pocket Planet is a world-building game in the most literal sense, in that you navigate a small planet as Arco fulfilling small quests tasks from various NPCs as you build up your homestead on the planet Deiland. You awaken into the game armed with very little in terms of equipment and sustinance, and upon meeting the first few NPCs that visit your planet you are given tools to help you, as well as, tasks to accomplish as you grow food, find items to trade, fish, and more.

The game paces itself as a casual building game that takes a page from games like Animal Crossing New Horizon, Stardew Valley, and a few other world building games, though in my first few hours of playing never really grip me in the same way as the aforementioned games. Deiland: Pocket Planet has a quitet protagonist and most dialogue is fullfilled through menu navigation and conversations text boxes with characters that visit your planet.

Because of this, you will need to focus on your interactions with NPCs and your objective list if you want to progress the story forward. Progressing forward usually consist of tool upgrades, or occasionally sleeping after leveling up and being awarded a skill point that can help Arco become stronger or more adept to growing food on the planet.

There is a day/night cycle as well as a seasonal change, which goes by quick enough and doesn’t rely on real time days like Animal Crossing games. It’s easy to get through the seasons quickly which will allow you to grow various food in certain seasons, as well as uncover various enemies which seem to spawn in the night to terrorize Arco and the home he is building.

As I mentioned earlier, Dieland: Pocket Planet is a world building game that borrows ideas previously seen in the Animal Crossing series and Star Dew Valley. You navigate the planet by moving Arco with the left control stick. You have your tools (hand, plow, hammer, axe) which you can shift through by using left or right on the D-Pad. Some tools like the hammer or plow have a secondary option with Y button like building or bringing up your seed menu. Your objectives are quickly accessed by pressing up on the D-Pad which comes in handy, as story progression is tied directly to the objectives you complete.

Most of the time you will be swinging your axe or hammer to cull wood from trees or minerals from rocks and meteorites. A unique gameplay element that Deiland: Pocket Planet introduces early on is the ability to shift the planet on it’s axis to give a landing pad for the visitors to your planet along with moving the planet to direct meteors to your planet and out of the path of your house, fields, and other important structures, so that you drop the meteors onto the planet’s surface so you can mine them for metals.

As you progress through the story you unlock new items which you can use to help you along your way, like building wells close to your fields so you can grow plants quicker, build fences to protect your homestead, and a kitchen to make food to help regain your health. As you go about your day you do need to maintain your homestead, fields, and compeleting quests, as well as your stamina and health. Resting at night in your house replenishes your stamina and eating refills your health. As you grow food you need to also make food to help keep your health at maximum.

Overall Deiland: Pocket Planet has a quaintence about it’s focused storytelling opting to have it’s tale wrapped up in around 10 hours or so after all objectives are completed. Sometimes a focused storyline versuses an open ended world that you could spend several hundreds of hours within may be more in tune with what gamers are looking for. Deiland: Pocket Planet doesn’t overstay it’s welcome in that way, but I also feel it doesn’t do much to differeniate itself from other world building games. There is fun to be had, even if the tasks and storyline are thin. Dieland is out on Switch now and is developed and published by Chibig.