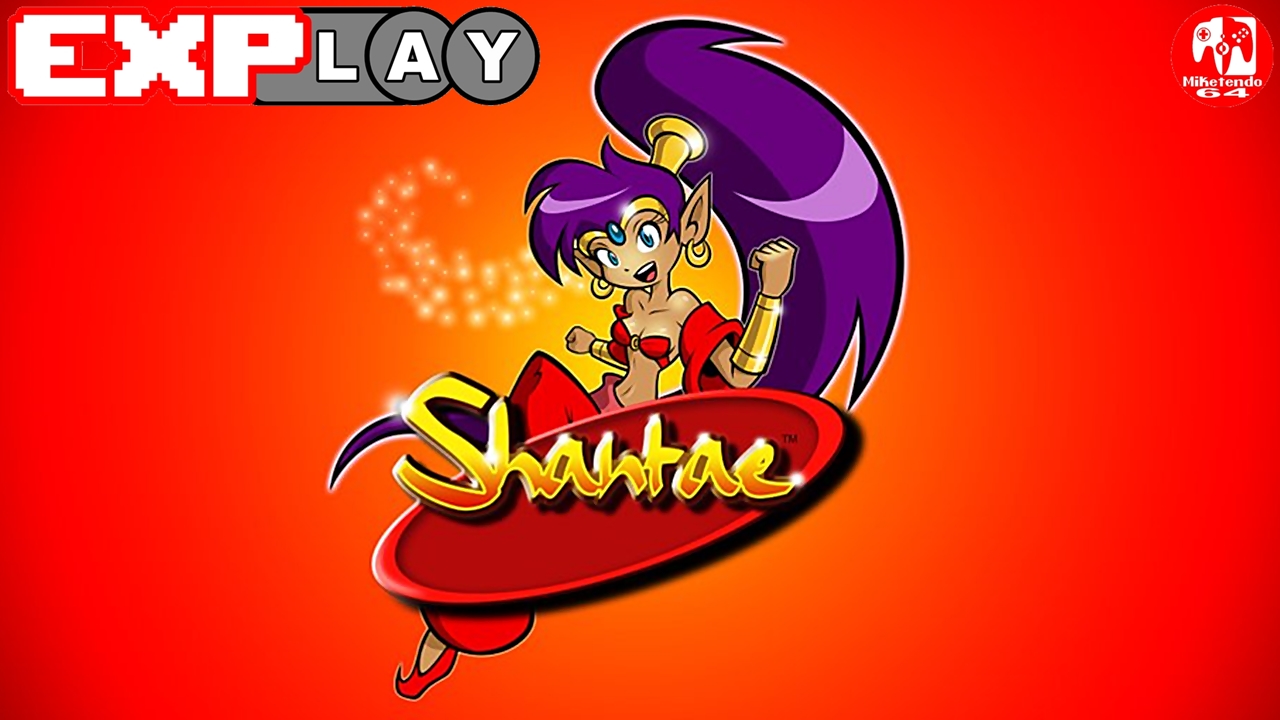 Welcome to EXPlay, (Explain & Play) the review series where we care not for scores but tell it how it is when it comes to every game we get our hands on, whilst also taking the time to include some lengthy gameplay, to give you the reader, the chance to shape your own impressions and views whilst watching and reading. In this installment, we’re covering Shantae by developer WayForward.

Ah Shantae, the loveable and caring half-genie has been saving Scuttle Town since back in 2002 with the release of Shantae on the Gameboy Color. The game has a cult following and has spawned four sequels throughout the last 19 years. The most recent entry was Shantae and the Seven Sirens which released on multiple systems including the Nintendo Switch in May 2020.

Shantae is the resident guardian of a small island town. One day a fearsome Lady Pirate who goes by the name Risky Boots assaults the island town with cannon fire. She and her minions, the Tinkerbats, set of to cause havoc and steal a device called a Steam Engine from the island’s inventor, Mimic. Shantae attempts to stop Risky Boots from stealing the device but she fails and Risky Boots escapes. Mimic tells Shantae that she must retrieve the invention as it could be disastrous in the wrong hands. Shantae then sets off to stop Risky Boots and retrieve the Steam Engine.

Those who have played any of the other Shantae games in the series may already know what they are in for in terms of gameplay. For those that are getting into the series for the first time, Shantae is a Metroidvania/Legend of Zelda style game where you must make your way through labyrinthine stages and dungeons, fight enemies, find keys, solve puzzles and fight a big bad boss waiting for you at the end.

Shantae can attack enemies with her hair by pressing the A or Y button and if you hold down the A button, Shantae can also run, allowing her to reach further distances when jumping (thank you Ayoungspirit for the tip!). She can also use magical dance moves by pressing the X button followed by button inputs to turn into certain animals. Depending on the animal that Shantae has turned into, she can use their special skills to overcome the many obstacles in her path. By turning into a monkey, she can climb up walls. The Elephant transformation can smash into boulders and there are other transformations that we won’t spoil for you so you can discover them for yourselves.

Being a Gameboy Color game and the notable restrictions that come with games of that era, you will certainly note a change in difficulty from that of the later games. They seem much easier in comparison. The original game seems tougher and less forgiving like falling into a pitfall will take away a life completely as opposed to only half a heart. This said there is a counter balance of sorts.

When a player presses ZL and ZR together, they will gain access to a menu that will allow them to create Save States and Load from them. By using this feature, you will be able to save the state of your game and just return to it if you find yourself losing too much health and want to restart the area again.

Shantae on Nintendo Switch actually has two separate versions of the game with a GBC and a GBA Enhanced version. The save states of each game are separate so you won’t be able to swap between the two versions with the same save file. It would have been nice to have been able to swap between the two styles at the touch of a button like the Remaster of Wonder Boy and the Dragon’s Trap, but alas, it was not to be.

The original Shantae game is quite an experience on the Nintendo Switch. Even with its pixel graphics, it still oozes the same charm and wonder as Shantae’s other adventures and you can see that Matt Bozon and his team at WayForward never strayed too far from the original formula whilst expanding the series into something more.

With its inclusion on Nintendo Switch, all five entries of the series are on the same console and we couldn’t be happier. If you are a Shantae fan and have yet to play the original game, well now is as good as time as any to dive into this absolute gem.