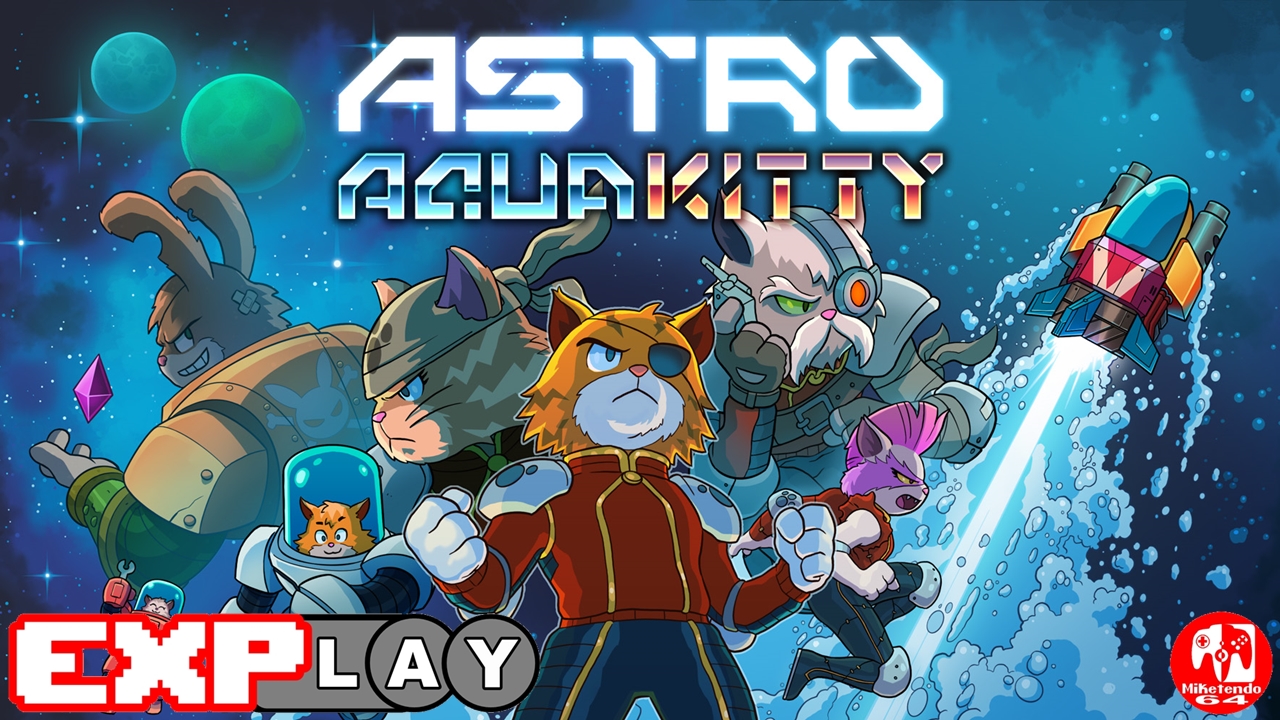 Welcome to EXPlay, (Explain & Play) the review series where we care not for scores but tell it how it is when it comes to every game we get our hands on, whilst also taking the time to include some lengthy gameplay, to give you the reader, the chance to shape your own impressions and views whilst watching and reading. In this installment, we’re covering Astro Aqua Kitty by developer Tikipod.

Astro Aqua Kitty is an RPG shoot’em up and the sequel to Aqua Kitty UDX. You take control of a crew of intrepid kitty explorers in the search for milk. This time around, the Aqua Kitty Cats have swapped the ocean depths for outer space.

From the character selection screen, players must choose a pilot and an engineer from a selection of eight characters. Each character has varying statistics with some being stronger than others, some being faster, and some can make repairs faster. On the same screen, you can also choose to play the game normally or with permadeath.

The first level of the game serves as a tutorial of sorts to familiarize players with the game who may not have played the original. You will be tasked with several menial tasks like opening doors, clearing out rooms of enemies and picking up items. It also takes you through the process of levelling up, upgrading your ship, and unlocking skills.

As you get deeper into the game, you will find more kinds of enemies that each have their own attack style. Some fire single projectiles, others fire in a spread. With so many bullets flying everywhere, you will need more than the standard weapon that your ship carries. You can find special crates containing power-ups that include weapons and other upgrades. You can swap out weapon power-ups and upgrades at any time from the Hub menu by pressing ZL. This is handy as you may need to use different weapons for different situations.

Astro Aqua Kitty is a fun, enjoyable game that combines four great concepts into one; RPG’s, Shoot ’em Ups, Space, and Cats! I mean, what more could anyone want in a video game? Even if you haven’t played the original game, you will still have a blast with Astro Aqua Kitty. It may even encourage you to pick up the original after you have played through this one.