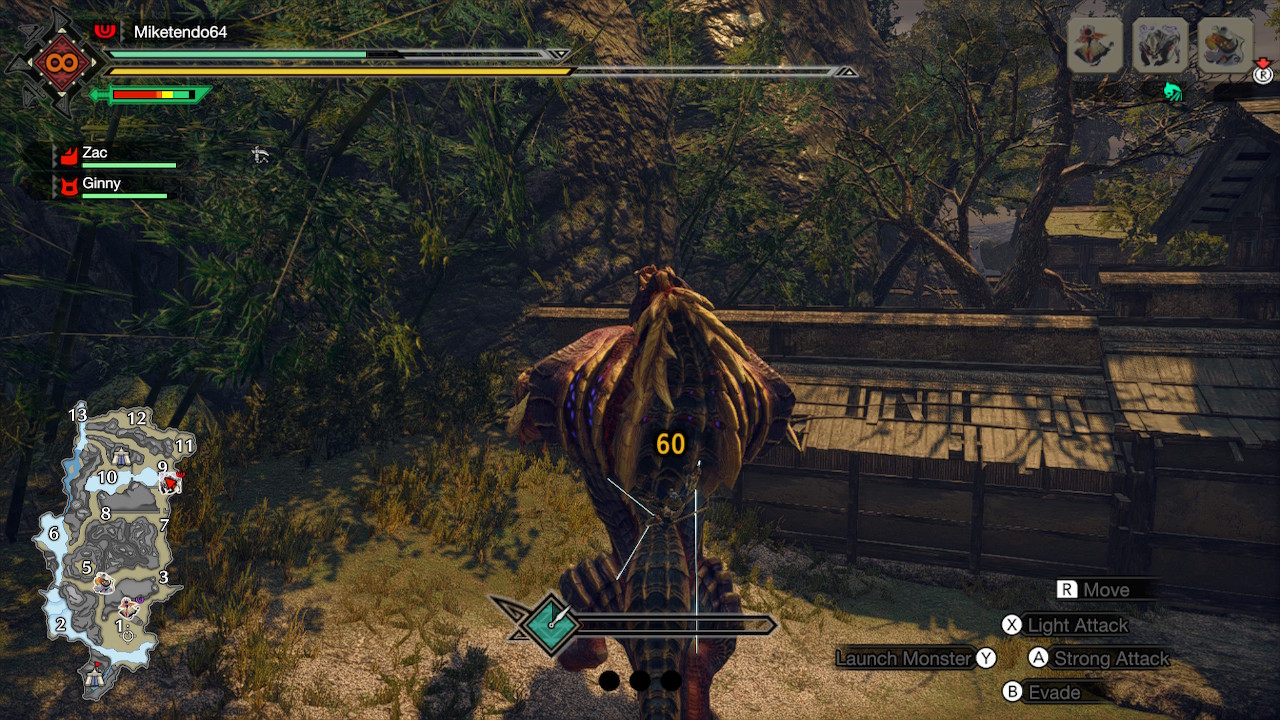 Get ready to join the rodeo with our Monster Hunter Rise Wyvern Riding tips!

In Monster Hunter Rise, there are many new features that are not available in other Monster Hunter games. One such feature is Wyvern Riding. This feature allows you to ride atop those big beasties and deal massive amounts of damage to other monsters.

However, you can’t just jump on top of any old Monster whenever you feel like it, oh no. First, you must get the beast into a mountable state but how exactly do you do that? We break down the whole process of Wyvern Riding with our Monster Hunter Rise Wyvern Riding Tips Guide.

If you want to get Wyvern Riding, you will first need to find a Monster and then try and get it into a mountable state. There are a number of ways to do this:

Use Silkbind or Wirebug Aerial attacks – Use enough Silkbind attacks or Wirebug Aerial maneuvers (do an attack in mid-air after using a Wiredash) on a Monster and it will eventually be tangled up in the silk and become mountable.

Use a Puppet Spider – Perhaps the most easiest method, providing you can find one on the map to use. When you approach a Monster, place a Puppet Spider in front of it and it will launch its silk thread at it. This instantaneously put the monster into a mountable state if used successfully.

Use other Monsters –  Another good method is to use one monster to attack another. If there are two monsters in close proximity to each other, they will end up fighting each other. Let them tussle and eventually, one of the monsters will topple and enter a mountable state.

After using any of these three methods, your monster should a mountable state. It will be tied to the ground with Ironsilk and will have a red arrow pointing down at it. A prompt will also appear saying to press A to Attack and Ride Wyvern or simply Ride Wyvern but bear in mind that you will need to sheathe your weapon first. You also have a limited time to jump onto the monster before the mountable state wears off.

How to Move & Attack whilst Wyvern Riding

Once you mount a monster, you can ride around on them for a period of time. You have a timer that will casually drop as over time and even more so if you are attacked by other monsters. You can refill the timer by successfully evading an attack.

To move your monster around, you have to hold the R button and use the left Joystick to move. You can make your monster attack other monsters by using the X button for light attacks and A for heavy attacks. You can’t spam attacks and have to wait until the icon is highlighted before you can use them.

As you attack other monsters, you can fill up a gauge that will allow you to perform a Mounted Finisher that will do even more damage. When the gauge is full, it will begin to empty so you must make sure you pull off the Mounter Finisher before it empties or you will be automatically dismounted.

To do damage to the very monster you are riding, you can launch them into walls, obstacles, and even other monsters by pressing the Y button. As you launch your monster, you can regain your footing by quickly pressing B. Launching consumes a Wirebug so the more Wirebugs you have, the more times you can launch the Monster.

If you launch the monster you are riding into another, you open up the possibility to put the other monster into a mountable state. As you are in the air, you can then pounce onto the other beastie and ride them around meaning even more Wyvern Riding time!

After riding a monster, you will not be able to ride them again. Make the most of the time you have whilst riding and try to have three Wirebugs before you attempt to ride a monster so you can launch them one extra time.

When you have filled up the gauge for the Mounted Finisher, don’t be quick to use it just yet. You can still attack other monsters freely as the gauge drains. activate the Mounted Finisher just before the gauge runs out or better yet, Launch the monster you are riding into the other. You might just get them into a mountable state!

Try this on for size

When you really get the hang of Wyvern Riding, why not get a friend involved and wrangle up two Monsters. Then use them to fight against each other in some pretty epic battles.

Thank you for taking the time to read out Monster Hunter Rise Wyvern Riding Tips. We hope they will help you wrangle those beasties and ride them like a pro! If you would like to know how you can expand your Monster Hunter Rise Capabilities, be sure to check out our How to Capture Monsters in Monster Hunter Rise Guide or even our Weapon Controls & Combos Quick Guide!