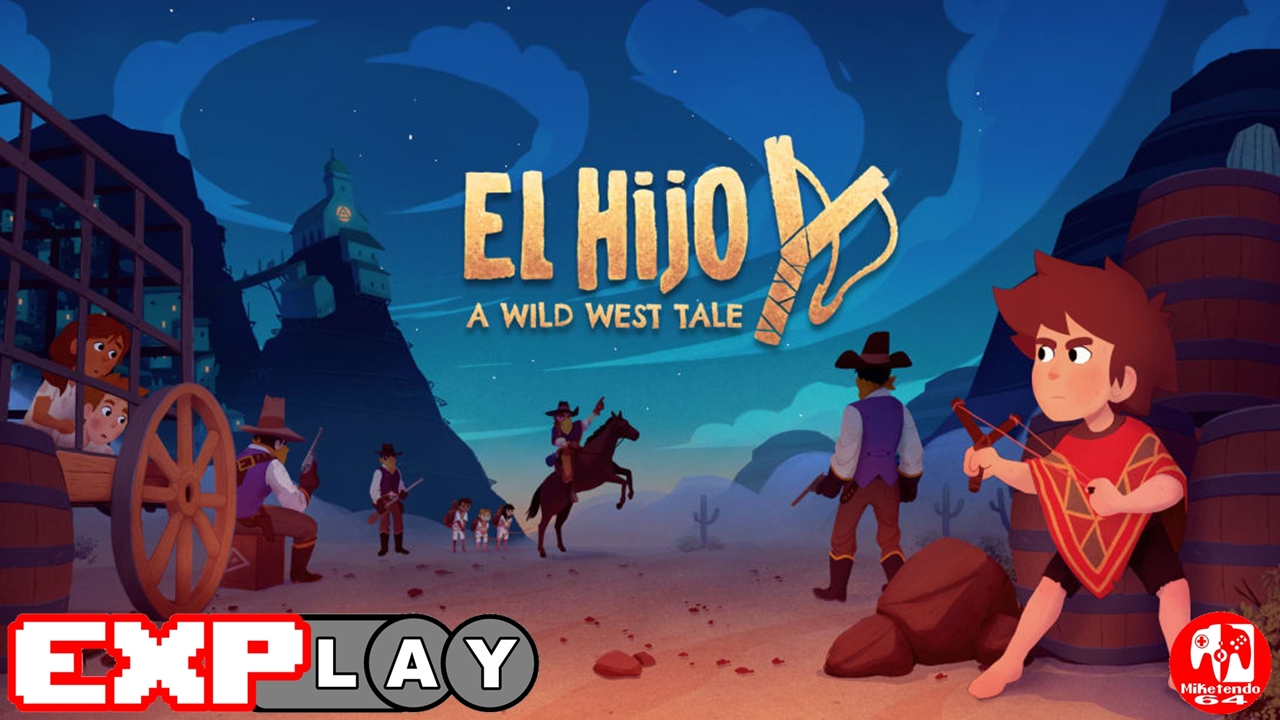 Welcome to EXPlay, (Explain & Play) the review series where we care not for scores but tell it how it is when it comes to every game we get our hands on, whilst also taking the time to include some lengthy gameplay, to give you the reader, the chance to shape your own impressions and views whilst watching and reading. In this installment, we’re covering El Hijo – A Wild West Tale by developer Honig Games.

The story begins in the Wild West and follows a 6-year old boy known as “El Hijo”. After fleeing a group of bandits with his mother, the mother leaves her son at a monastery for his safety. El Hijo doesn’t wish to stay at the monastery, however, and decides to take his leave and reunite with his mother. To do that, he will need to sneak past the monks, the bandits, and anyone else who wishes him harm.

El Hijo – A Wild West Tale is a 3rd-person stealth game with a Spaghetti Western setting. You play as the titular character El Hijo, a young boy who must stealthily sneak past his adversaries without alarming them.  Armed with his wits and whatever he can find, El Hijo can use toys to create distractions to lure his enemies away so he can slip past them.

Two such toys are the Catapult and the Toy Soldier. The catapult can launch small stones across distances and shatter pots potentially making sufficient noise to encourage an enemy to investigate the sound. The Toy Soldier can catch the attention of your enemies by forcing them to leave their posts to destroy it.

The main goal through each level is to make it through to the exit without being detected. You can virtually move undetected in the dark but sometimes you will need to take advantage of pots, tables, curtains and even graves so you can hide. You have to use a blend of distraction techniques and points of cover to get past your enemies without being seen. If you detected, you will be chased and most likely be captured.

At certain parts of each level, you will find areas with particles emitting a blue glow. These are checkpoints that will have you respawn at them when you get captured. You will only respawn at the last checkpoint you touched so be sure to come into contact with them often.

Throughout each stage, you may encounter other children. If you see one, you should try to interact with them to give them inspiration. There can be any number of children on a given level and finding them all will unlock some of the game’s artwork in the gallery. You can even unlock more artwork if you make it through each stage without captured once.

El Hijo – A Wild West Tale also has achievements to unlock. Some of them can be rather simple like reaching a particular point in the game and others can be more challenging. The greater challenges being the likes of finding and inspiring all children, beaten every stage without capture, and playing through an level 16 without a Slingshot.

While you may not be drawing pistols at high noon or drowning your sorrows in a local saloon, El Hijo – A Wild West Tale is a refreshing take on the Wild West theme. The stealth and puzzle elements of the game are reminiscent of that of Little Nightmares but without the jumpscares or general creepiness. If you enjoy stealth games with puzzle elements and achievements to unlock, El Hijo – A Wild West Tale is definitely a game you should put on your list.