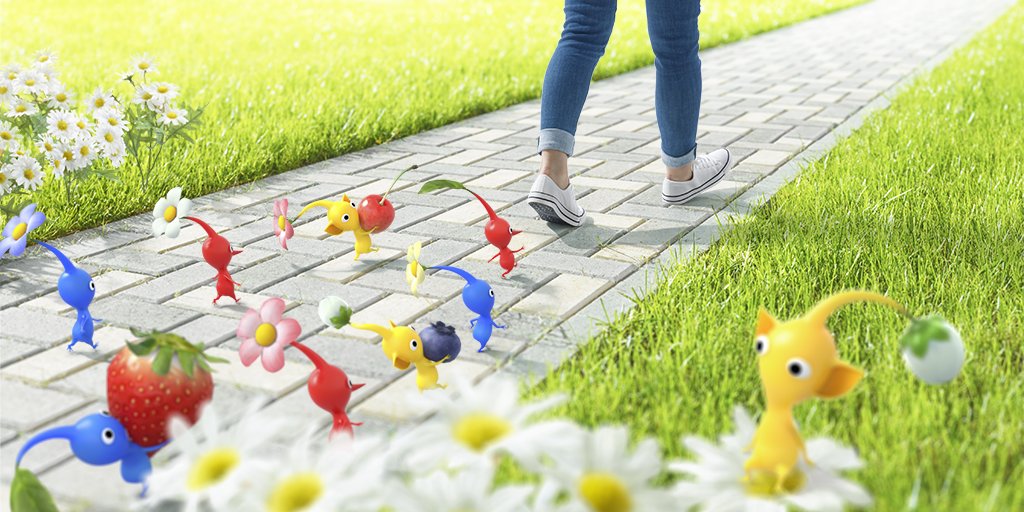 Pikmin in the real world.

While die-hard fans endeavour to hold out for some news related to the fourth instalment in the main series of Pikmin, a new augmented reality-based spin-off has been announced.

In collaboration with the developers who gave the world Ingress and Pokémon GO, now Niantic is hard at work on a new mobile application and this time, it’s Pikmin related. Releasing later this year, the untitled Pikmin application will enable players to explore the real world with Pikmin following in their footsteps, creating memories everywhere you go.

What would it be like to have a more fun walking experience surrounded by #Pikmin? In a new mobile app developed by @NianticLabs and Nintendo coming later in 2021, explore the real world and create memories with your Pikmin friends.

After a very successful port of Pikmin 3 Deluxe for the Nintendo Switch and a 3DS spin-off in the form of Hey! Pikmin, it is nice to see Pikmin receiving the attention it deserves and the chance to grow even more as a series.

At the same time, it’s an interesting choice to make Pikmin be the next Nintendo IP to receive the mobile treatment when there are many other more popular IPs that have yet to receive a mobile offering.

In the past, Nintendo had stated plans to launch between 2-3 mobile games every fiscal year, although this was never fully realised. Still, the planned 2021 Pikmin game does mark the first mobile application revolving around a Nintendo IP since the September 25, 2019 release of Mario Kart Tour.

For now, details are vague regarding the new Pikmin title, but interested fans can pre-register their interest today. Still, this isn’t the only project in the works as the Niantic x Nintendo collaboration is set to apply to other Nintendo IPs as well.

Today, we are thrilled to announce a new partnership with Nintendo to jointly develop mobile titles built on Niantic’s real-world AR technology, bringing Nintendo’s beloved characters to life in new ways. We’re honored that Nintendo has chosen Niantic to be its publisher of real-world AR applications.

To kick off the partnership, Niantic and Nintendo are developing an app based on the Pikmin franchise. The app will include gameplay activities to encourage walking and make walking more delightful. Slated to launch later this year, this will be the first title created by our Tokyo Studio since it was established in April 2018.

We’ll share more details about the apps in the coming months. We’re excited to continue building on this partnership as we pursue our mission of encouraging people to explore the world together.