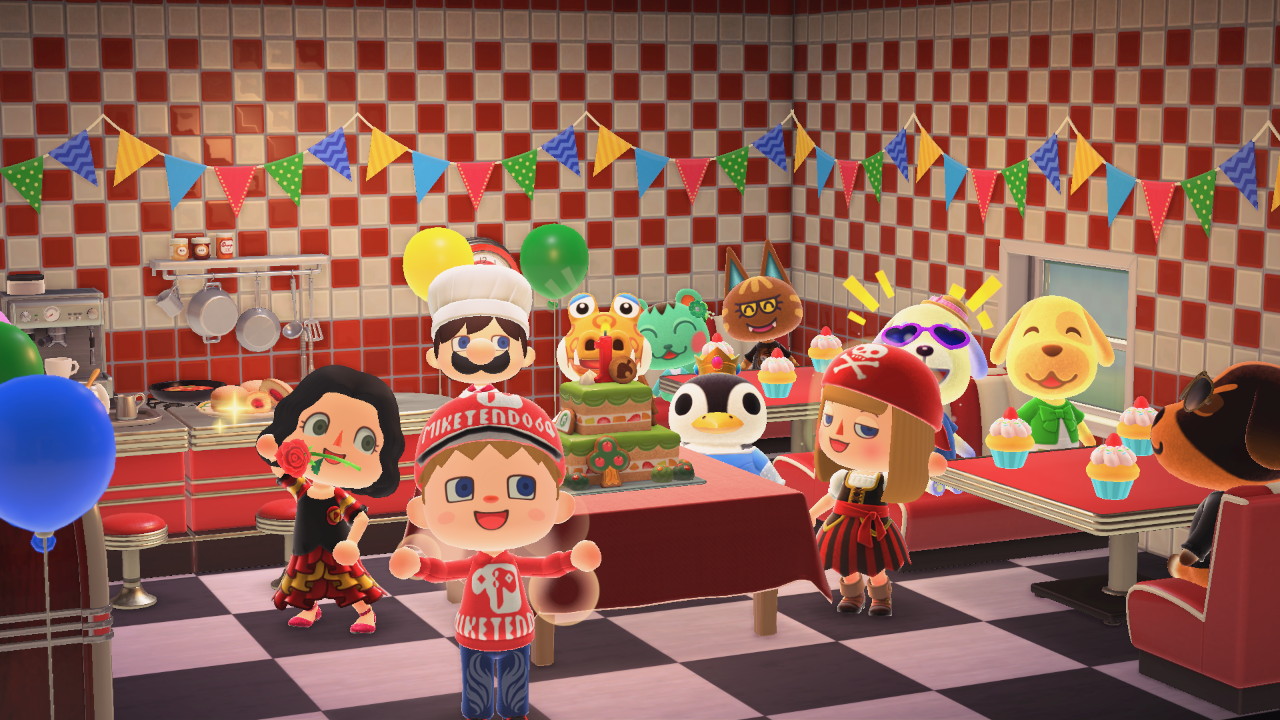 Animal Crossing: New Horizons celebrates its 1 year anniversary. I take a look back at how this game became such a success and a safe haven for many as they struggled through a very turbulent year.

Animal Crossing: New Horizons has done so much for people in a time we needed something wholesome and sweet. Looking for comfort and safety when society needed it the most; people chose Animal Crossing as their comfort food in a time of uncertainty. The cute graphics, adorable characters, and slow pace made people feel safe and secure.

Experts knew Animal Crossing was going to be huge, but no one knew this would happen. One year after its release, New Horizons has sold over 31 million copies on one system! That is unheard of. Everyone wanted a piece of the New Horizon pie!

When you get the president of the United States to talk about his Animal Crossing experience, you know you’ve hit a chord with people. Celebrities, athletes, and none gamers flocked to New Horizons like no game before. It is amazing to see the kind of impact the game has had. Life simulators have taken off and gamers are flocking to games that have a slower pace and wholesome activities.

Who doesn’t want to live on an Island with cute animals who are your friends? AC is where you can take your time to pay off your rent, and go fishing at your own pace. This is why the game became such a cultural giant. People wanted to have fun, and AC gave it to them.

Animal Crossing: New Horizons broke sales records for game sales, but also system sales. The Nintendo Switch because the item to get during the pandemic. No matter how many systems Nintendo made, they would sell out in a matter of minutes. Nintendo’s profits and sales hit record highs because of Animal Crossing.

Nintendo has been smart to bundle the game digitally with the Switch. These would sell for nearly 600 dollars a system. It only took one year for Animal Crossing to pass 30 million in sales. Only Mario Kart 8 Deluxe has sold more, but it’s been out since 2017, so imagine how much Animal Crossing can sell in the same time-frame. It boggles the mind!

Nintendo continues to support New Horizons providing new updates every so often. Not all of the updates have been a success, but the Mario one has had lots of players come back and Nintendo is promising more updates within the coming year. This will keep gamers coming back for more.