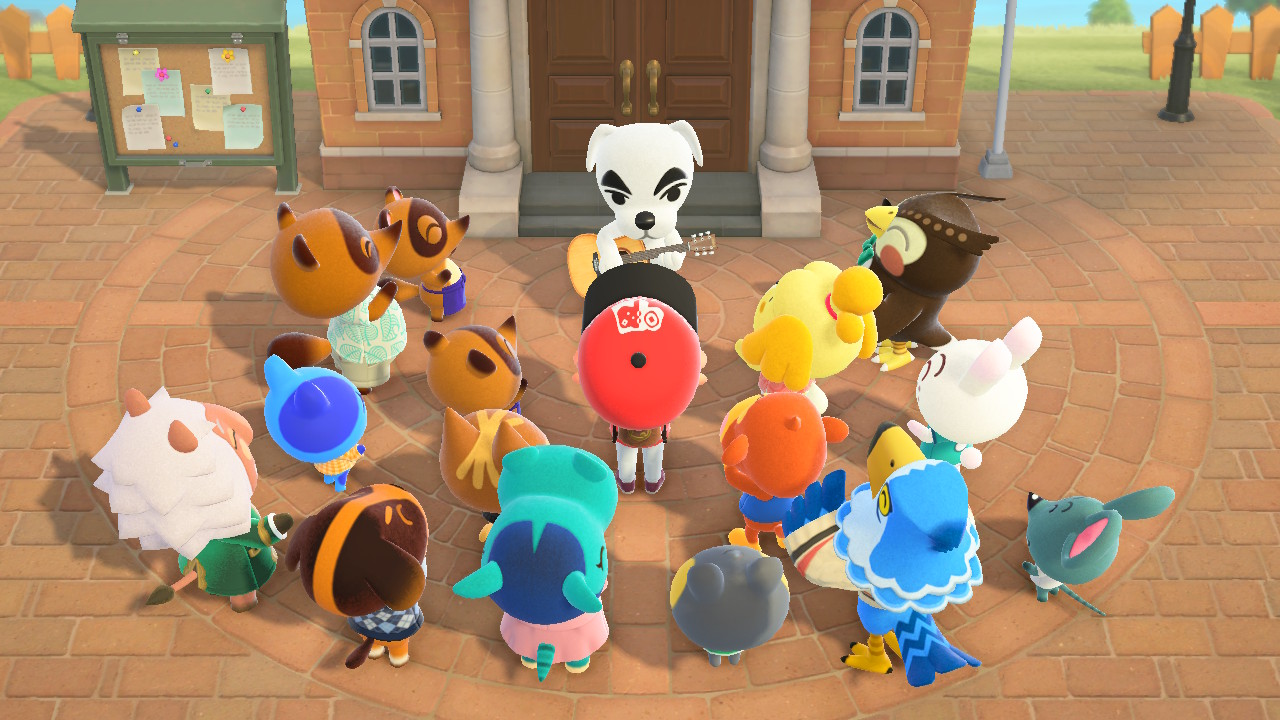 With Animal Crossing: New Horizons celebrating one year since its launch on March 20th, 2020, I wanted to look back and share my experiences of the game with you all. For me, and I suppose for a fair number of people, New Horizons was my first entry into the Animal Crossing series. It also came at the most opportune time with half of the whole world going into lockdown due to the COVID-19 situation spiraling out of control. Animal Crossing: New Horizons became the ideal means of escape in an otherwise confined world. An Island getaway package that allowed me to meet up and hang out with my friends from the safety of our own homes? Sign me up!

I went from sleeping in a tent to being the owner of my own home on an island that I could literally do what I wanted within the limitations of the game. I would go fishing and bug catching so I could fill the Museum up with specimens. I would gather materials so I could craft furniture for my home and I would catch a seaplane to visit my friends’ islands and interact with them (while using the in-game messaging feature or external voices apps like Discord or the Nintendo Switch Online phone app.

Over time, more and more animal villagers moved to my island and my little settlement started to resemble a town. The Residential Services tent became a building, Timmy & Tommy’s little shack of a shop became a proper store, and the Able Sisters opened up a clothes shop. My little virgin island paradise has become a developed civilization and I helped build it! However, there was still so much of my island that I couldn’t do anything with and then eventually, I was allowed to terraform.

This new ability opened up a whole world of opportunity for me. My appetite to develop the island further grew and grew and I started becoming inventive with what I could do. I set aside some land so I could organize the trees on my island to form an orchard. I then went to work on creating attractions on my island like my very own Stonehenge, concert hall, outdoor school, Zen Garden, I will admit that I did get a bit carried away.

The creative freedom to decorate wasn’t just limited to around the island, my home’s interior was also free game. I originally decorated it to be a cool home but then I did something completely different with it. I turned it into a Video Game convention complete with a floor dedicated to consoles, PCs and arcade cabinets, a theater room for dev talks and conferences and a hall to sell video game merchandise. Oh, and a food court in the form of a 1950’s diner for the attendees to grab a bite to eat.

The casual social simulation game became a safe haven for me and allowed me to lose myself for hours at a time as I played. Some days I could literally put in around 10 hours non-stop. I would wake up in the morning and turn the game on before I even had breakfast. The game would then stay on until late evening and the Switch console would be pretty hot from the constant playtime. Over time, I played less and less each day, and it then became every other day and eventually every now and again. The obsession that once took me with the game began to wane and as the outside world became accessible again (with restrictions, of course) I didn’t find myself retreating to Animal Crossing: New Horizons as often.

The in-game events helped entice me back to the game. Bunny Day was the first and while it wasn’t my favourite event, I did collect as many of those darned eggs as I could and make every single DIY recipe, just so I wouldn’t have to do it again this year. The other events that followed did take my interest for a little while if only to see what they were about. I enjoyed some of them more than others like the Stamp collection activity during the Museum week event. I liked going through each of the exhibits that I had helped contribute to. On the other hand, I wasn’t too impressed with the Festivale event held in February. The new reactions may have been quirky and I’m sure there will be many people that liked it but for me, after about 30 minutes, I was done with it.

The big Summer update was probably the biggest highlight for me. Being a SCUBA diver myself, I enjoyed being able to swim around my island looking for sea creatures. Of course, I did have to wonder why there were nets surrounding my island, especially when I could fish out Great White Sharks from the beach. So what really were the nets keeping from getting in??? I joke of course, as I know that the nets are the game’s way of setting a boundary so you can’t go any further away from your island.

The events and updates in Animal Crossing: New Horizons, did well to get me to return to the game periodically but as soon as the novelty of them wore off, I would return to playing other games. The recent Super Mario collaboration has had me back again and I have had so much fun using them is certain parts of my island to construct my very own “Super Nintendo World” or rather “Super Mario World” complete with its own little castle, underground section and a secret area!

I admire Nintendo’s commitment to Animal Crossing: New Horizons. The periodic updates and events help keep the game feeling fresh and new. It has had me coming back time and again and I will most likely continue to do so. After all, I have committed over 400 hours to the development of my Island and I’m pretty happy with how it has turned out. I know that there are still some features missing that were present in other Animal Crossing games like Brewsters Cafe but Nintendo could still implement it in a future update. Should that happen however, I will need to move some things about on my Island.

It will be interesting to see where Nintendo go with Animal Crossing: New Horizons next. Will the events for this year be exactly the same as last year? Will there be new items to collect and craft? Will there be all new updates and events that we didn’t have the year before? I guess time will tell. With Bunny day almost upon us again, we have already seen new themed items teased so it is possible that we could be seeing slight changes to recurring events. All I know is that while I may be playing Animal Crossing: New Horizons less now, I will continue to return to Isla M64 to see how the residents are faring and keep it updated with all the latest developments.