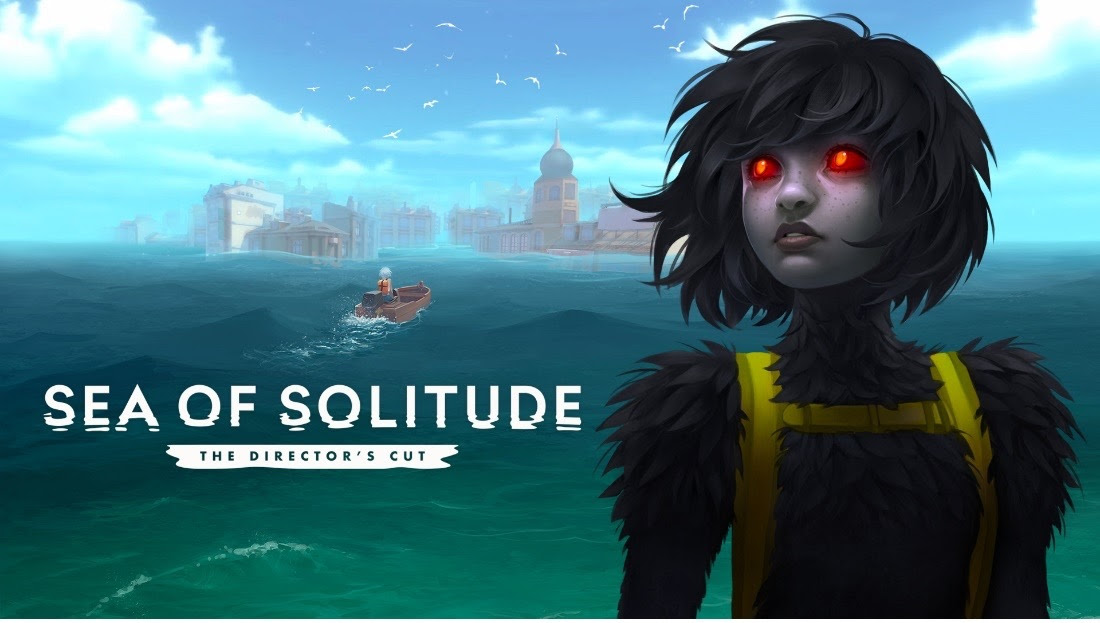 Winner of the “Most Significant Impact” at the Games for Change Awards 2020 is now available in an enhanced version with extra features, exclusively on the Nintendo Switch.

PARIS – Mar. 4, 2021 – Today Quantic Dream and the Berlin-based studio Jo-Mei are proud to launch the definitive edition of Sea of Solitude: The Director’s Cut only on Nintendo Switch. The Director’s Cut brings exclusive features and additional content not offered in the original release.

Sea of Solitude: The Director’s Cut follows the journey of Kay, a woman turned into a monster by her own loneliness and despair, traveling a beautiful flooded world on a quest for inner serenity and peace. On this journey, she will confront metaphorical beings evoked by her own personal emotions, which she will have to overcome in order to learn more about herself and the world around her.

“I couldn’t be happier to launch our game for the first time on Nintendo Switch with the support from our partners at Quantic Dream,” said Cornelia Geppert, Founder and Creative Director of Jo-Mei. “This partnership and release of the Director’s Cut will allow more people to experience Kay’s journey the way we intended, whether that’s on-the-go or in the comfort of their own home.”

This reworked version of the indie title, developed by Jo-Mei Studios and published by Quantic Dream, offers a lot of new features to players, in order to maximize the immersion proposed by the original title. Through dialogues rewritten in collaboration with the multi-award-winning author Stephen Bell, a new cast of actors and reworked cinematics, the game benefits from a more advanced narrative experience, taking the player on a singular and moving adventure.

Sea of Solitude: The Director’s Cut also takes advantage of the Nintendo Switch’s unique features; players can now control the flair with the gyroscope and use a brand new photo mode, which allows them to change the set up and weather. The game is also fully dubbed in English, French, Spanish, German and Japanese.*

“Quantic Dream is proud to release a game that corresponds with our signature brand of storytelling and narrative experiences, bringing difficult subjects to light,” said co-CEO and Head of Publishing Guillaume de Fondaumière. “We have been thrilled to work with Connie Geppert and her talented team at Jo-Mei and are excited to share their enhanced version of Sea of Solitude, exclusively on Nintendo Switch.”

Nintendo Switch streamers will also have access to The Director’s Cut-dedicated Twitch extension called “Bottle Of Hope” that allows viewers and streamers to share positive messages together during a live stream. Written in partnership with Take This, a mental health nonprofit decreasing stigma and increasing support for mental health in games, the extension encourages players to talk about self-acceptance, mindfulness, resilience, motivation, and compassion on Twitch.

Sea of Solitude: Director’s Cut is available for Nintendo Switch for $19.99/€19,99 digitally via the Nintendo eShop LINK TBA. A free demo is also available for download, immersing the player in the first chapter of the game. A limited and exclusive physical edition of the game is available on the Quantic Dream official eShop for $29.99/€29,99, which contains the game cartridge and an exclusive sticker.