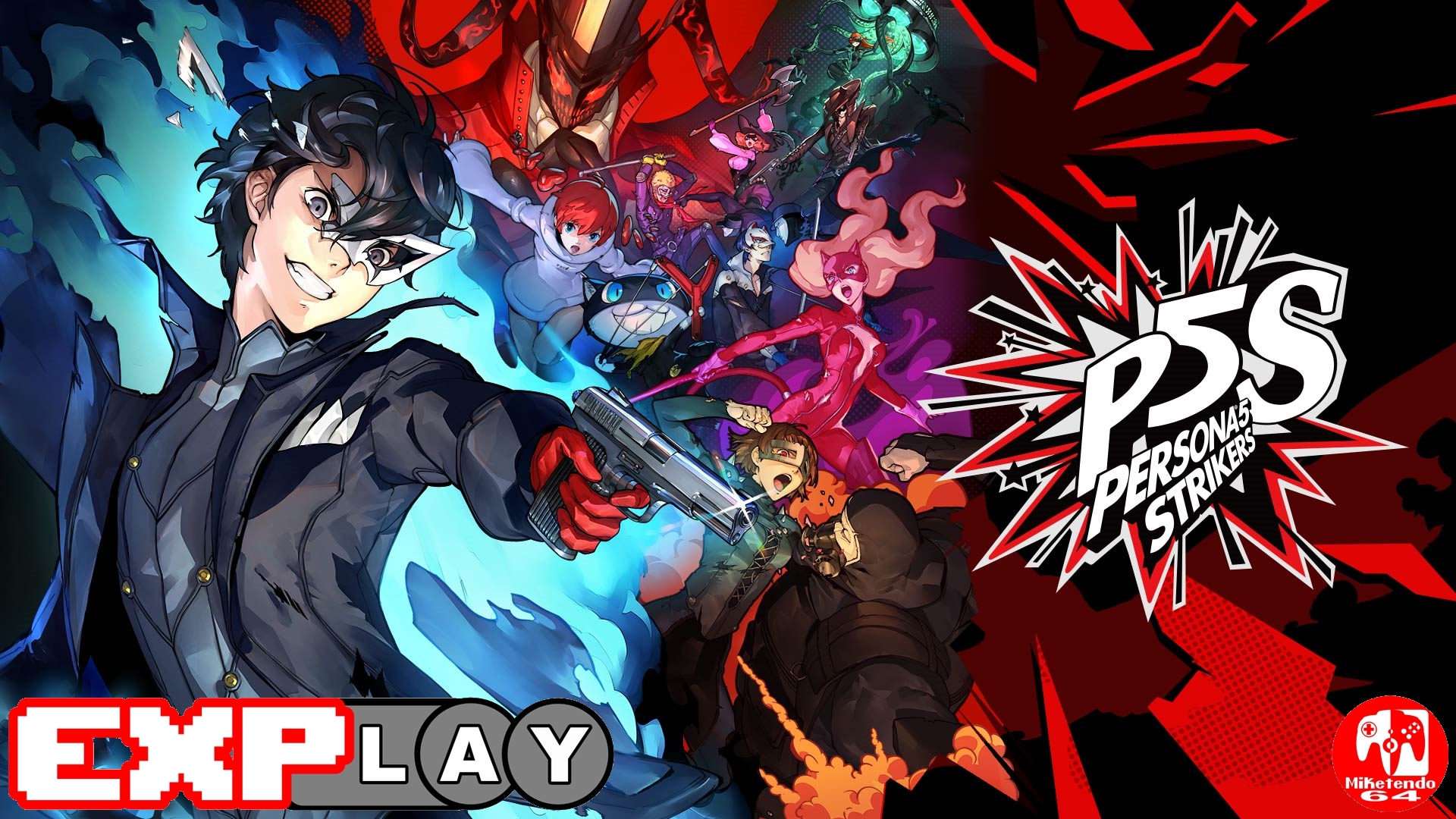 Welcome to EXPlay, (Explain & Play) the review series where we care not for scores but tell it how it is when it comes to every game we get our hands on, whilst also taking the time to include some lengthy gameplay, to give you the reader, the chance to shape your own impressions and views whilst watching and reading. In this installment, we’re covering Persona 5 Strikers by developers P-Studio and Koei Tecmo.

Persona 5 Strikers follows Joker and the Phantom Thieves as they go face to face against a new threat. Joker and friends were all set to enjoy a Summer Vacation together when all of a sudden, three of the gang are transported to a distorted reality known as the Metaverse. They come face to face with familiar foes called Shadows who they see stealing the desires from other people. Joker, Skull and Morgana take on the Shadows but are eventually overwhelmed and taken captive.

Joker, Skull, and Morgana are taken to the leader of the Shadows but after a brief altercation the three are taken away and thrown into some sort of dumping ground. Joker and his friends manage to find a way out of the dumping ground with the help of a “Humanity’s Companion” called Sophie. She helps Joker, Skull and Morgana out of the Metaverse and back into the real world. Joker and Co. reunite with the other Phantom Thieves to fill them in on what happened and plan to put a stop to the threat.

Persona 5 Strikers is not a typical Persona game, nor is it a typical Musou game either (like Hyrule Warriors and Dynasty Warriors). It is a blend of the two using gameplay elements of both. The game’s combat is much like a Mosou game where the player can use a series of weak and strong attacks to fight enemies. However, instead of capturing keeps, defeating enemy captains, or rescuing their own forces, players are tasked with finding treasures in order to remove the powerful influences the shadows have in the Metaverse (Check here to see more about Persona 5 Treasure Demons).

Magic and skills from the Persona series can be used at the cost of SP. These skills can do damage or help recover health. They can also buff your own characters or debuff enemies. You can also perform special attacks known as “Show-Time” than do some serious damage to multiple enemies at once. Your party consists of four members of the Phantom Thieves. With the exception of Joker who must be in the party at all times. You can pick and choose the other three members of your party. Some members have skills that can exploit a certain enemy’s weakness and may be beneficial in a particularly tough battle.

Each member of the Phantom Thieves has their own Persona that they draw their power from. They can be upgraded to learn new skills by fighting inside the Metaverse as well as other means. All of the Phantom Thieves with the exception of Joker can only have one Persona. Joker can choose between Personas that he claims by picking up masks dropped by defeated shadows.

Like I said before, Persona 5 Strikers is not a typical Persona game but it has plenty of series tropes as well as the freedom to explore, whether in the real world or in the Metaverse. Don’t be put off by the Musou elements either, the game is more than just a Warriors game with a Persona aesthetic slapped on top. The story is pretty interesting too and is a fun enough game for those that are fans of the series and even for those who are not.