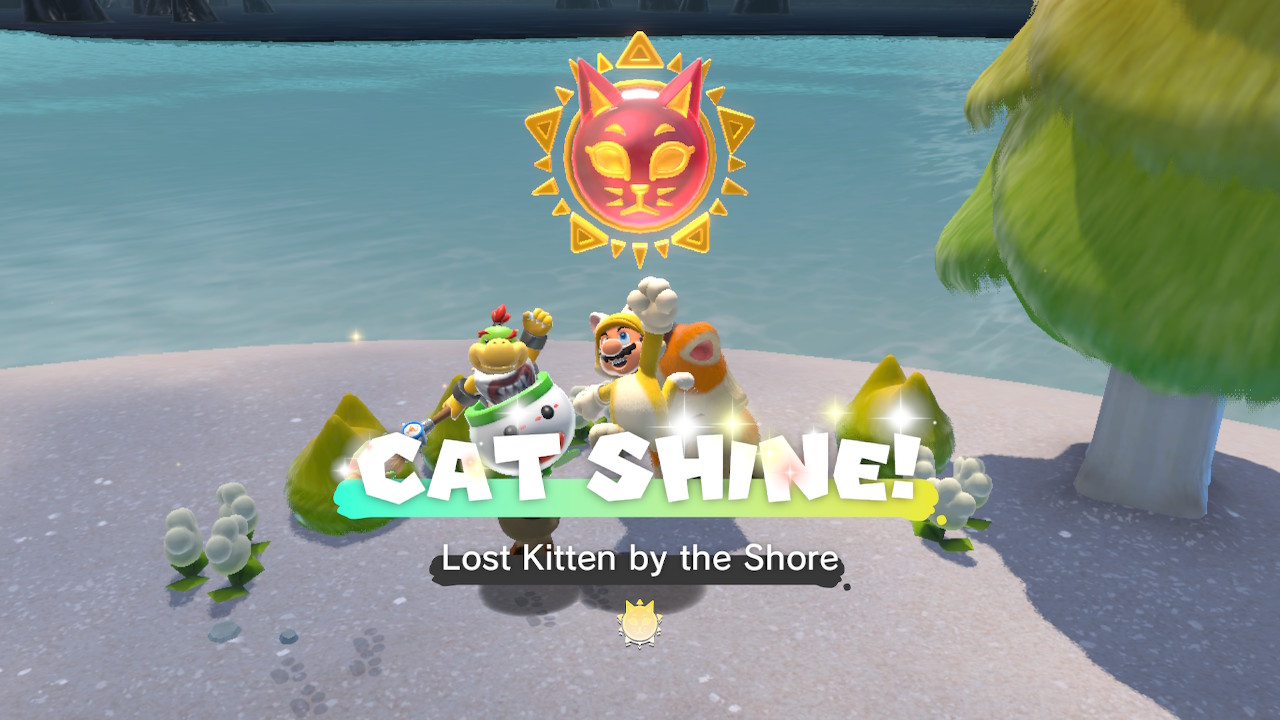 What Awaits You Upon 100% Completion Of Bowser’s Fury

The Bowser’s Fury expansion in Super Mario 3D World + Bowser’s Fury is not a very long game to beat even with 100 Cat Shines to collect. However, for those who are dedicated to collecting every single Cat Shine, there is a reward of sorts that awaits you upon beating Fury Bowser for the final time.

As you collect the 100th Cat Shine, you will be able to fight against Bowser for the final epic battle. Once you have succeeded, a cutscene will play that will then be followed by the credits. As the credits finish rolling, a painting by Bowser Jr. will appear and will show your total of Cat Shines collected in the bottom right corner of the painting.

You may notice that in the painting that Bowser’ Jr has whiskers and a more ‘Cat-like’ appearance. This can seem odd as Bowser’ Jr has not sported this look once in the game. Mario’s own cat outfit also has a distinguished look about it. Kind of like the Giga Cat Mario but what does this all mean? When you return to the game, you will see that Bowser Jr. has undertaken a radical transformation and looks like he does in the painting. Does this make him Meowser Jr. now?

Meowser Jr. (Not Confirmed To Be His Name) – Bowser’s Fury

Mario’s Cat Outfit has also been upgraded to look like that of the Giga Cat Mario Outfit.

“Well, that is them separately but what about the two together?” We hear you say. Not to worry, it wasn’t easy to get them together close enough but we did what we could. Here is Meowser Jr and Mini Giga Cat Mario together.

For any of you wondering if Mario’s new look will carry over to Super Mario 3D World, I have tried it myself and can confirm that it does not. It is a bit of a shame really because after completing Bowser’s Fury 100%, there is really no reason to go back to the game. This makes the new getups for Mario and Bowser Jr, a little unnecessary. Still, it is miles better a reward than the infamous Golden Korok Poop reward in The Legend of Zelda: Breath of the Wild.

What do you think about the reward? Let us know in the comments below.