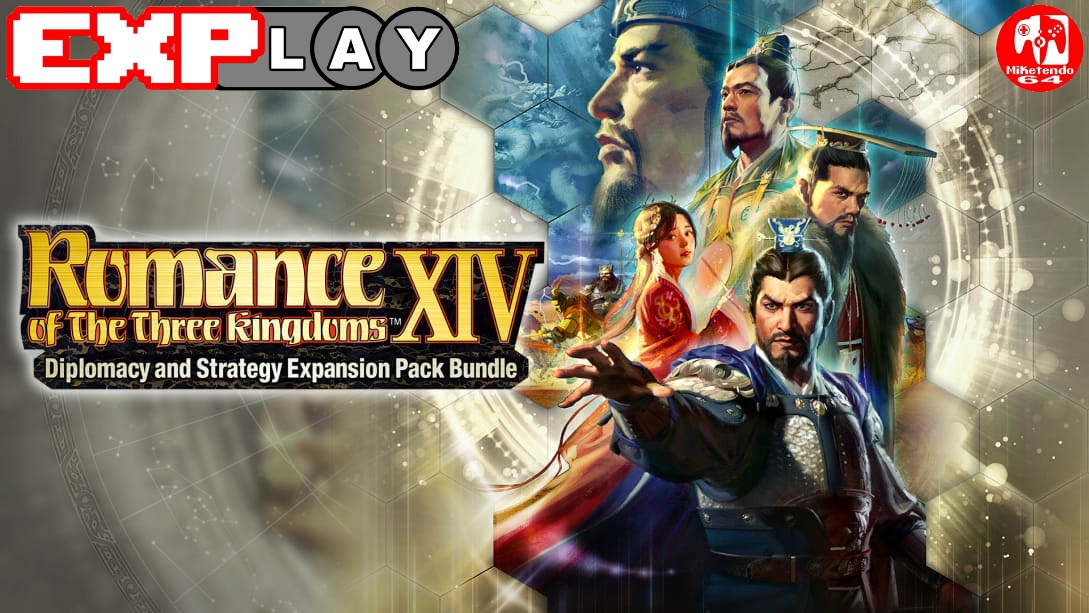 Welcome to EXPlay, (Explain & Play) the review series where we care not for scores but tell it how it is when it comes to every game we get our hands on, whilst also taking the time to include some lengthy gameplay, to give you the reader, the chance to shape your own impressions and views whilst watching and reading. In this instalment, we’re covering Romance of the Three Kingdoms XIV: Diplomacy and Strategy Expansion Pack Bundle by Koei Tecmo.

Long before the first Dynasty Warriors game released and Koei Tecmo was known simply as Koei, they created the series of tactical turn-based, simulation strategy games called Romance of the Three Kingdoms. Much like the original Super Mario Bros. game, the first Romance of the Three Kingdoms title also released in 1985 and during the year of its own 35th anniversary (2020), the series welcomed the release of its fourteenth instalment and in 2021, it’s now released on Switch and raring to go.

First and foremost, Romance of the Three Kingdoms XIV is an engaging strategy game with plenty to experience and even more to read. Harsh decisions need to be made frequently, lands requiring conquering, all whilst the chosen visual art style and character exchanges, feel like something out of a visual novel. The overall goal of the game is to unify all of China, using forces comprised of those from the historical Three Kingdoms period, with the game being beaten once all other forces have been defeated and the player has taken control of all cities. For a game over to occur, players must either reach the year 351, lose all officers in their force or lose every city they once possessed.

For the most part, especially gameplay-wise, Romance of the Three Kingdoms XIV is an expanded continuation of what has already been well received in previous instalments, only now on Switch it’s all the more engaging due to the portability capacity of the handheld console. Still, it’s not all just a copy and paste job as the developers did put a lot of effort and time into making sure this one is a compelling outing, even when old stories are being retold.

Plus, there are new additions, especially in the form of cultural what ifs? now that the game goes beyond China, by including the likes of India, Rome and Parthia via trading mechanics that can see them acquire rather unique tactics and specialities as rewards. Another two new features added are geographical advantages and Outlander Cities, which for any true strategist gamer, are a welcome addition that can go a long way in helping you conquer an entire continent. Still, to get even more out of Romance of the Three Kingdoms XIV, however, players are free to engage in the game’s War Chronicles mode, where they can engage in short scenarios from the novel the series is based on, such as The Battle for Wuzhang Plains, earn a score based on their performance and show them off.

For those who have never played a Romance of the Three Kingdoms game before, now is as good as any time to discover the series for yourself. Romance of the Three Kingdoms XIV: Diplomacy and Strategy Expansion Pack Bundle might be a mouthful to say, but with the entirety of the game accessible on the Nintendo Switch, now the series can be played any time, anywhere and for any reason. What’s more, because it’s packed to the rafters with content, as long as you have the time to invest in it, you can soon get your money’s worth out of it.