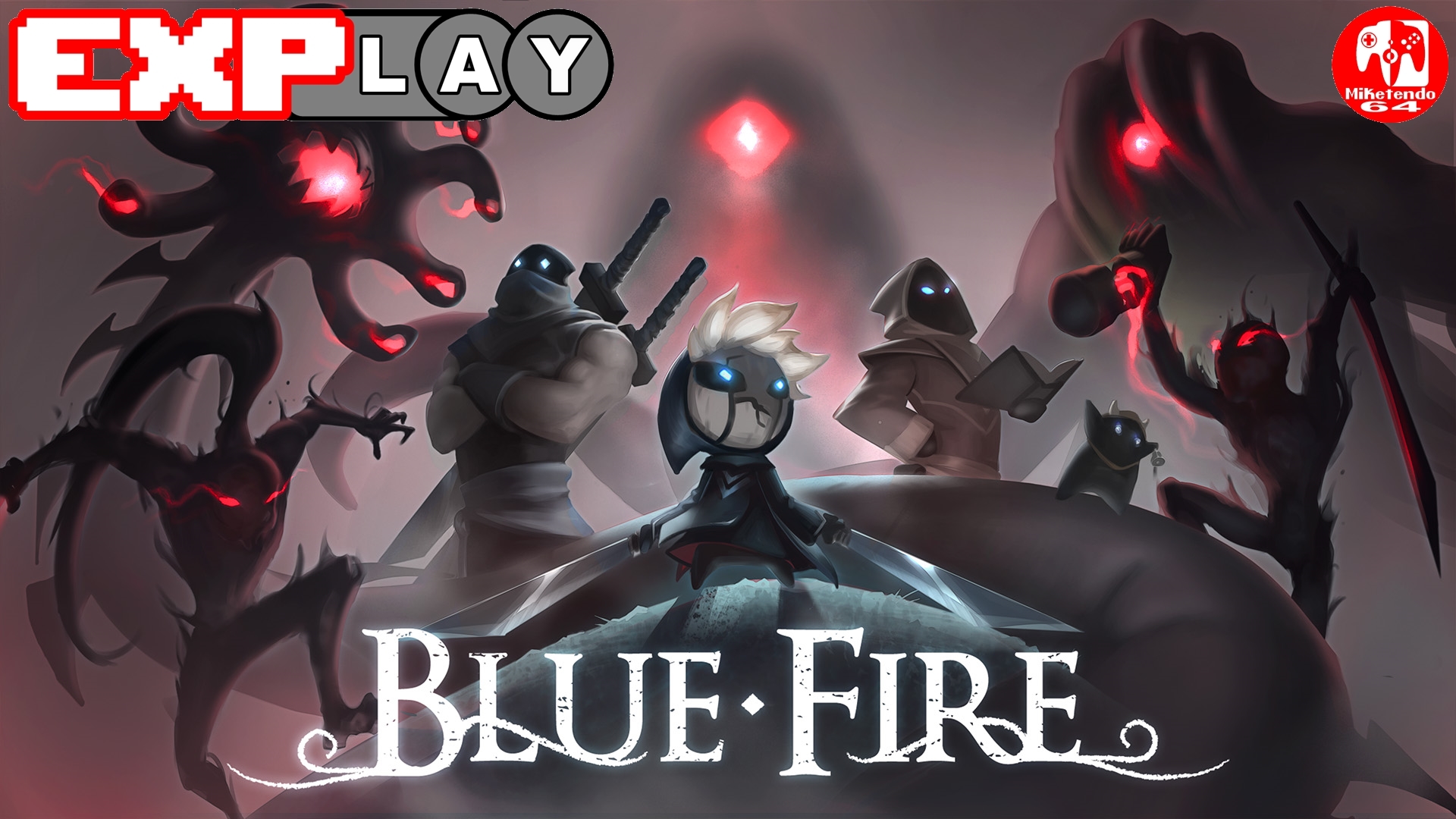 Welcome to EXPlay, (Explain & Play) the review series where we care not for scores but tell it how it is when it comes to every game we get our hands on, whilst also taking the time to include some lengthy gameplay, to give you the reader, the chance to shape your own impressions and views whilst watching and reading. In this installment, we’re covering Blue Fire by developer ROBI Studios.

Blue Fire is a cel-shaded, action adventure game set in the dark and desolate kingdom of Penumbra. The land has fallen to ruin and the light of the world is fading. You play as a dual sword-wielding warrior who awakens in a tank deep inside a floating castle. After breaking out of the tank, the warrior finds that the castle has been taken overrun by a malevolent presence.

As he navigates his way out of the castle, he hears a disembodied voice call out to him. The voice tells the little warrior to go to his final resting place and aid him. The warrior sets out to help the voice and discover just what is exactly going on.

The gameplay to Blue Fire is quite similiar to that of a Legend of Zelda or Darksiders game. There is a large world to explore and enemies to face. There are also dungeons with bosses to face and special items to find and use. You start off armed with only a pair of swords to defend yourself but you will later uncover skills that will allow you to use a shield, project fireballs, etc.

Exploration really is the key to Blue Fire. Each environment has plenty of areas that could hide secrets. Secrets like weapons or spirits that can be equipped to give you special perks. Some places you will not be able to reach at first and require a particular skill like the double jump. This means that you may have to come back to places you couldn’t reach before once you have learned new skills.

I must admit that this game reminds me a fair bit of The Legend of Zelda: The Wind Waker. Not for the open ocean and sailing on a boat but the art style and its gameplay. Saying that, the platforming sections in this game are a lot trickier at times and much less forgiving. The Void Entrance challenges will most definitely test your platforming skills. A simple misstep can cause you to lose two hearts at a time as does falling from a great height. While you do have the option to replenish health using fire essences, you’ll be surprised how quickly you will be back at low health because you just can’t reach that certain platform.

Blue Fire is challenging and does at times feel like it punishes the player for even the silliest mistake. However, it isn’t nightmarish to the point of being impossible. If you enjoy games like The Wind Waker and are looking for something in a similar vein, Blue Fire may be a game that interests you.