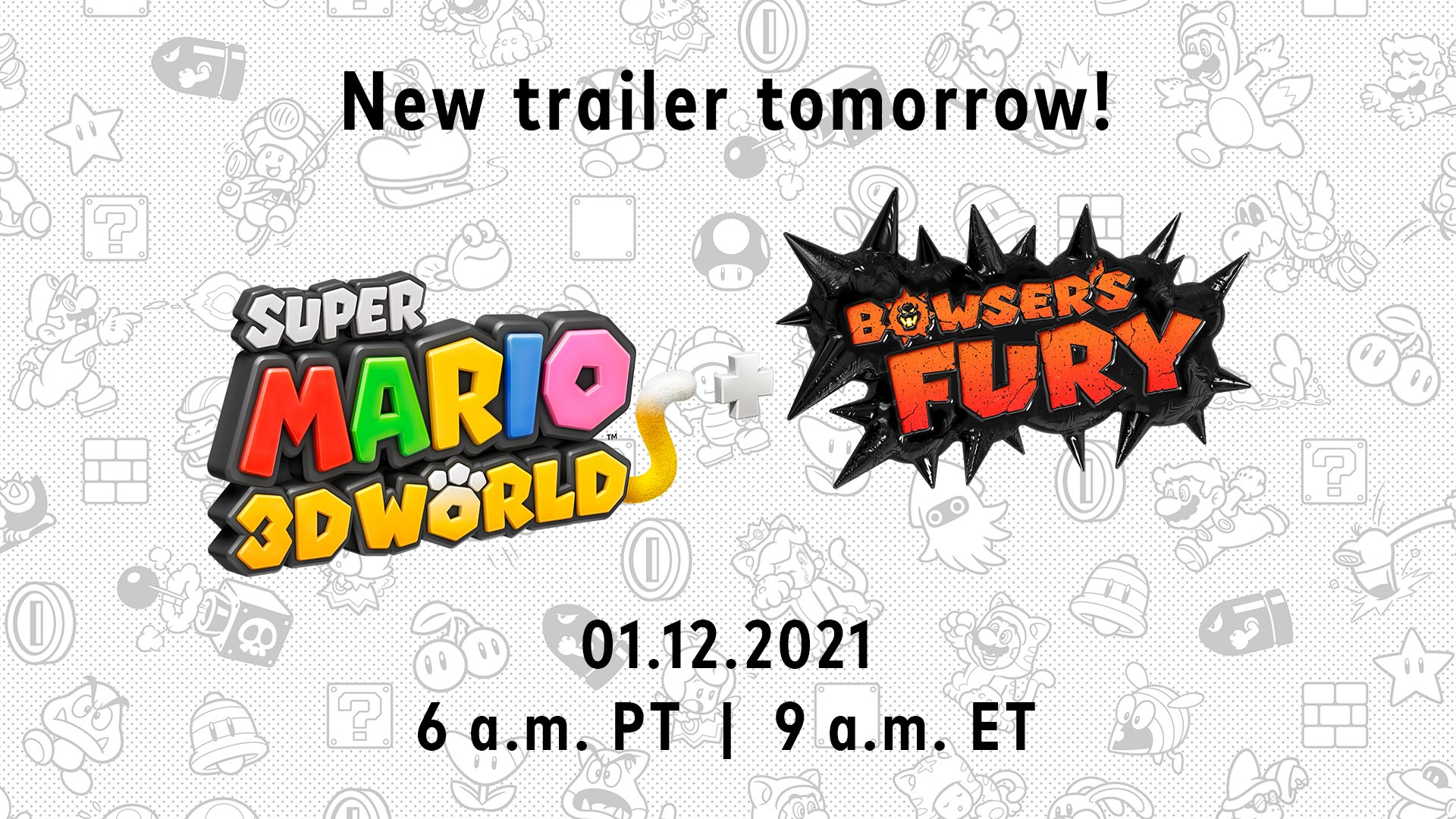 Nintendo America has announced on Twitter that a new 2-minute long trailer for Super Mario 3D World + Bowser’s Fury will be aired today at 9:00 PT/12:00 ET/14:00 GMT/ 15:00 CET. The tweet also teases that “Bowser’s Fury will be unleashed”. I’ll take it with a pinch of salt but I’m guessing that we might actually see what the “Bowser’s Fury” part of the game will actually be about (asides from Bowser being furious and letting us know about it of course).

Bowser's Fury will be unleashed in a new #SuperMario3DWorld + #BowsersFury trailer tomorrow! Come back at 6am PT to see the 2-minute long trailer. pic.twitter.com/gCDpOiViK1

The Super Mario 3D World + Bowser’s Fury trailer will most likely be shared directly to the Nintendo Twitter accounts and YouTube Channels. Will you be watching it as soon as it is live? Let us know in the comments below.