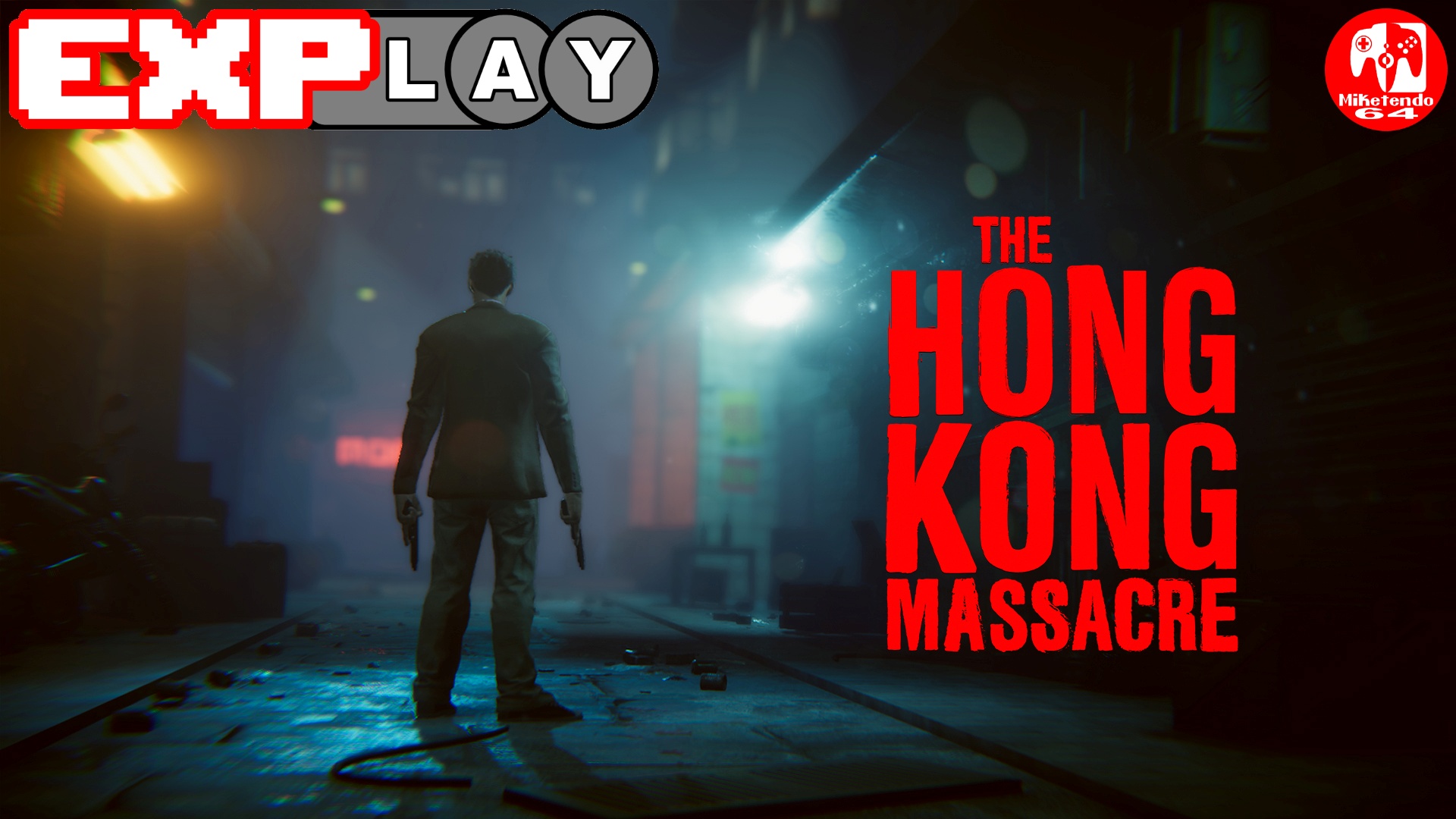 Hey folks, welcome to the feature series we call “EXPlay.” A series of feature articles where we share our experience on games we’ve recently played in the form of written views and captured gameplay footage. In this instalment, we are all about The Hong Kong Massacre by developer Vreski.

Inspired by the classic action movies by infamous director John Woo, comes a top-down shooter set in 1990’s Hong Kong that will blow players away, literally. Flesh wound you say? There is no such thing!

In this tale of vengeance where a former police detective is taking the law in his own hands after his partner was murdered, every shot is a kill shot, so it doesn’t matter where you get hit or shoot your enemies, every bullet is equal to a bullet to the head and should you successfully shot down every enemy, a quick cinematic last-second shoot-out of your final kill will play out on show for you.

Where some variety comes into play across the game’s 35 levels, are the weapons you can use, as players are free to pick up enemy weapons and provided you’ve earned enough stars, you can even purchase new weapons and select your favourite one at the beginning of each level. Stars can even be used to upgrade current weapons for faster reloading, maximising clip size and fire rate.

As for the actual gameplay, with the levels essentially serving as playable flashbacks incited by a conversation taking place after the events of revenge-seeking, our protagonist will find himself in a certain area and players are tasked with just one main goal to beat the level, kill everyone.

Nevertheless, because one shot can result in an instant kill and force players to restart the level, a lot of strategic quick thinking is required, as players will need to take note of their surroundings, realise what surfaces offer them protection and which ones don’t, know to quickly dive as bullets are heading for you as diving offers brief invisibility and lastly, know when exactly to use the game’s slow-motion system and how long for.

It’s all well and good spamming it at every opportunity, but there are other times you will need to dive for cover and wait for it to recharge fully before making your next move and using it to take down the three shotgun-wielding enemies instead of charging in like a charging bull and only being able to take down 1 of them, before the others get you.

Should the game prove too easy for players, however, even when played on the game’s hardest setting, players are free to try and complete every challenge available in-game. They are the same for all of the game’s levels, but they will turn up the heat by asking players to beat the level within a certain time limit, without using the stop-motion technique and having perfect accuracy.

If after all of the above, The Hong Kong Massacre sounds like a game right up your alley, then be prepared to visit various locations such as alleyways, restaurants, rooftops, streets and every other possible location that comes to mind when thinking about a classic action movie involving a crime-riddled city and an army of criminals to be cut down.

For the first game to be developed and released by Vreski, The Hong Kong Massacre really knocks it out of the park. The violence and action are on point, the atmosphere, along with environment and soundtrack come together in a spectacular fashion that ties everything together nicely and just becomes you can’t succeed the first time around, try, try again. Just be sure to expect a lot of repetition.

Thank you for reading our EXPlay on The Hong Kong Massacre. We hope that you find it useful in your decision in picking up the game for yourself. While there are a lot of hidden gems on the Nintendo Switch and a fair number of duds, we’ll leave it to you to decide whether a game is for you or not.