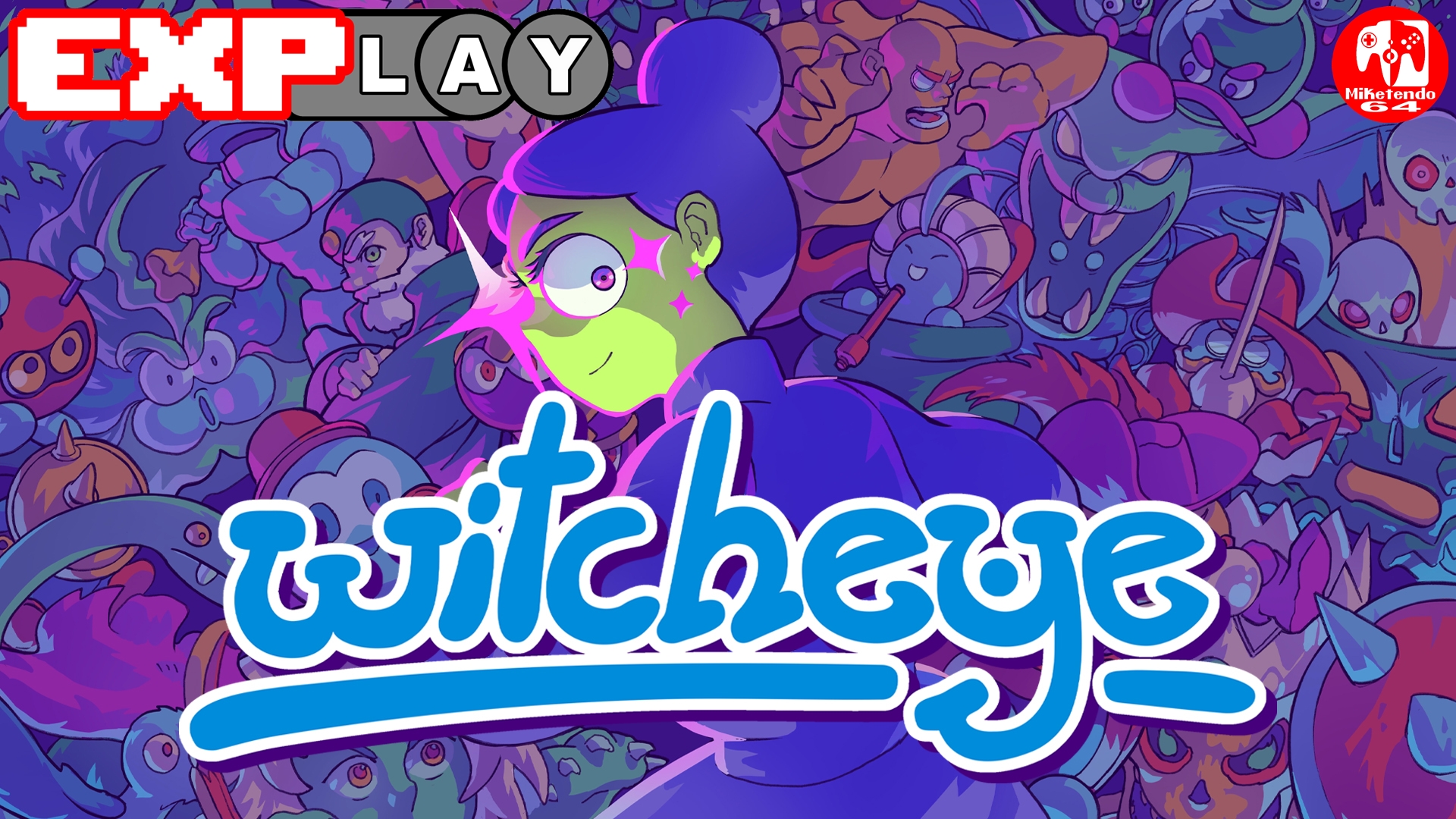 Hey folks, welcome to the feature series we call “EXPlay.” A series of feature articles where we share our experience on games we’ve recently played in the form of written views and captured gameplay footage. In this installment, we’re all about Witcheye by Moon Kid.

Witcheye is a pixel adventure game that follows a witch who is on a quest to reclaim what is hers. Under the promise to be made powerful by a wizard, a young knight sets off to steal special ingredients from a witch. The witch catches the knight in the act who promptly makes a runs for it along a full sack stolen goods. The witch chases after the knight so she can get her ingredients back.

In Witcheye, the witch turns into a floating eyeball and can bounce across the walls in each level. Enemies await in each level and will launch projectiles at you. You can bounce into them to defeat them but some can have defensive properties that can harm you instead. They do have weak points however, so they aren’t completely indestructible.

Scattered in each level are four gems to be found; three green and one blue. They can be found upon defeating enemies, breaking blocks, or hiding in secret areas just off-screen. You don’t need to collect them in order to beat a level but rather they give you an extra reason to go back and play levels if you ever feel like trying to 100% the game.

When it comes to controls, pushing the joystick in any direction will set you on that course. You can ricochet off walls and enemies which will put you on a new trajectory. You can stop yourself at any time by using any of the buttons and then fire yourself off in another direction. As enemies move about and the gems fall to the ground, it is best to stick close by so you are quick to react in picking up a gem before it is lost or take out enemies in quick succesion.

There are 50 stages to play through in Witcheye and 188 gems to collect in total. If you are looking to get more out of the game, there are three other game modes including Boss Rush, Miniboss Rush and Speed Run. You can also unlock harder difficulties upon beating the game for a more challenging experience.

Witcheye is a quirky yet interesting game with its bouncy eyeball protagonist. The pixel art is charming and it is a nice change to play a game where the knight in shining armor is not the hero but rather the antagonist. The levels themselves are not very long and is ideal to play in short bursts when you don’t have a lot of spare time.

Thank you for reading our EXPlay on Witcheye. We hope that you find it useful in your decision in picking up the game for yourself. While there are a lot of hidden gems on the Nintendo Switch and a fair number of duds, we’ll leave it to you to decide whether a game is for you or not.