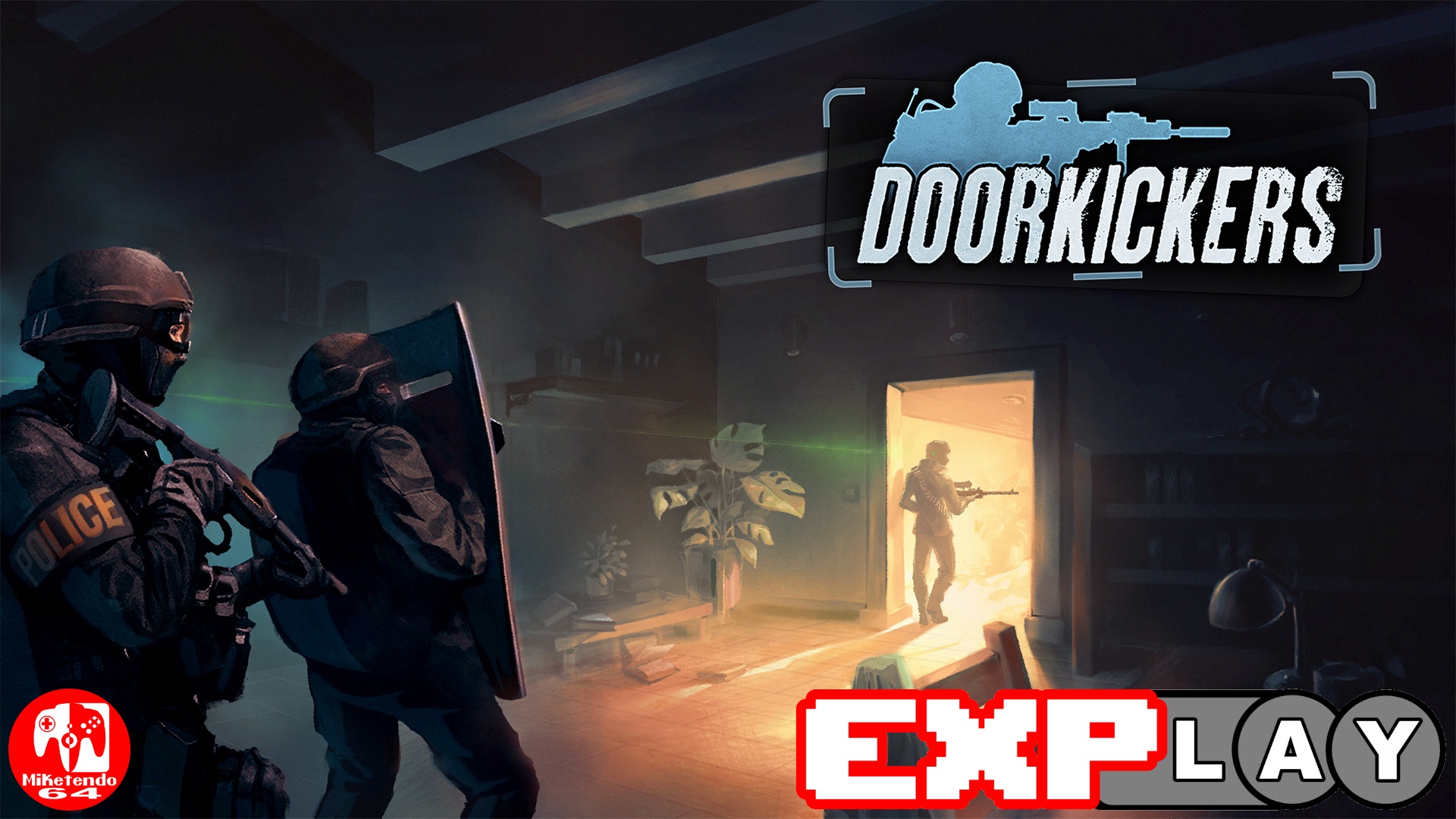 Hey folks, welcome to the feature series we call “EXPlay.” A series of feature articles where we share our experience on games we’ve recently played in the form of written views and captured gameplay footage. In this instalment, we are all about Door Kickers by developer KillHouse Games.

For lovers of top-down, real-time strategy games, allow us to introduce you to a little game called Door Kickers, by KillHouse Games, an indie studio based in Romania. First released in 2014, thanks to some clever tactical planning, Door Kickers is now ready to kick the door down on the Nintendo Switch.

When gameplay begins, players are somewhat limited with what they can do as they come to terms with the game’s basics, but it’s not a long wait for things to start opening up as players acquire the means to purchase better weapons and access different classes such as Pointman, Assaulter, Breacher, Stealth and Shield.

Each class does differ greatly to one another as a pointmen are solely equipped with pistols and no other weapons, but compared to the other classes they have the best mobility, whereas stealth units favour silenced kills and assaulters can use rifles and submachine guns.

Being the strategy game that it is, players will need to make wise decisions when it comes to forming their squads, especially when later missions can see you dispatching 10 and the only way of making sure they all come back home safe, could very depend on using a shield class ally see them be given the protection they require. Their sidearm can be pretty weak in comparison, but their riot shield can make all the difference.

By completing missions, all of which will require doors being kicked in, with the end goal typically being the same (take care of the bad guys/save the day) the means to do so can vary, especially on what kind of an approach the player wishes to use, but by completely meeting all requirements, more stars can be earned and your team will level up as well.

This helps out by resulting in doctrine points that can be used for perks and abilities. What’s more, as your individual units level up, they can become more effective in their field as their field skills continue to develop.

There is a total of six different campaigns for players to experience, with each campaign each consisting of a few missions, but there are also single missions available as well and 8 different mission types to be expected: Arrest Warrant, Bomb Defusal, Clear Hostiles, Dope Raid, Hostage Rescue, Robbery in Progress, Protect the VIP and Stop Execution.

There’s no doubt about, whilst not everyone will be overly taken by the game’s art direction, Door Kickers can be a thought-provoking tactical game that can compel the player to do better and rethink their techniques should they wish to obtain a different result.

Thank you for reading our EXPlay on Door Kickers. We hope that you find it useful in your decision in picking up the game for yourself. While there are a lot of hidden gems on the Nintendo Switch and a fair number of duds, we’ll leave it to you to decide whether a game is for you or not.