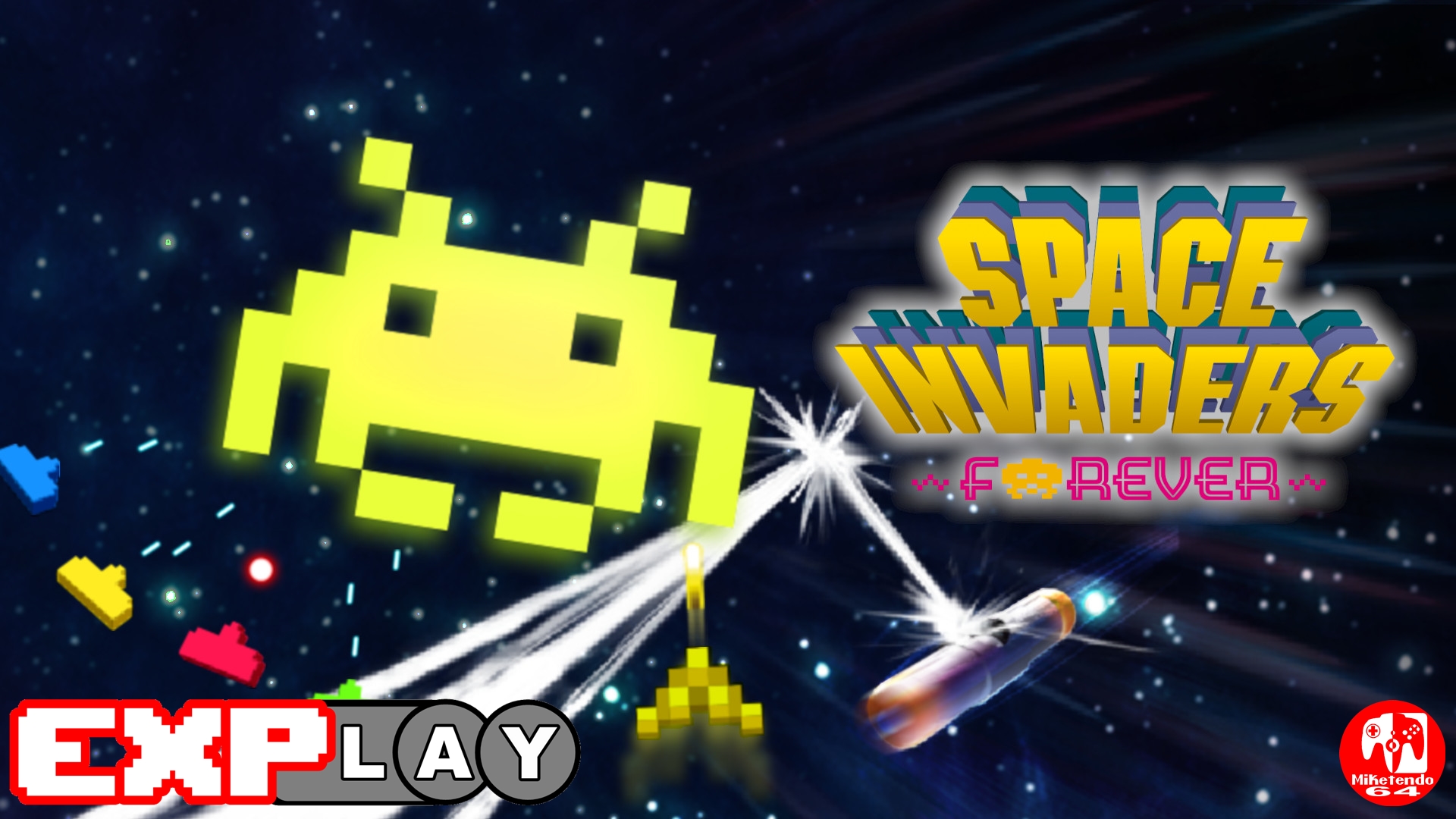 Hey folks, welcome to the feature series we call “EXPlay.” A series of feature articles where we share our experience on games we’ve recently played in the form of written views and captured gameplay footage. For today’s instalment, we’re all about Space Invaders Forever by ININ Games.

Space Invaders Forever is a modern version of the arcade classic. You play as a lone ship that must stem off the ever progressing aliens that are invading the Earth. You must fire upon them whilst avoiding getting shot yourself as a single hit will cause you to lose a life. Killing aliens will net you points with UFO being worth considerably more. The goal of the game is to get as high a score as possible before you are ultimately overwhelmed and lose all of your lives.

As you kill aliens, you will sometimes score power ups that will give you a temporary boost to your attacks. You can bomb, beam, or fire broad attacks for a limited time which will take out more enemies than your standard missile blast. There are several different types of enemies. Some can be killed in one hit, others take multiple hits, some have other ways to attack you, and some can even reflect your attacks back at you.

As you overcome a round, you will eventually face a Boss. These take many more hits to take down than your average alien but have a weak point that you must expose in order to damage and kill them. Should you succeed, you will be able to move onto the next round. You will then be taken to a results screen which will tally up your score for the round. You will then recieve a rank depending on how high your score is on the round.

Sometimes you can also initiate a bonus round that will help net you even more points. These have specific requirements like killing a certain amount of a particular enemy. Losing these rounds will not lose you any lives but you won’t get a good score either. If you hit a special UFO, you will be taken to a roulette wheel of sorts that can reward you with a special bonus like freezing enemies for a time so you can pick them off easier. However, there is also the possibility that you won’t get anything at all.

Space Invaders Forever, is actually made up of three games separated into two game icons. There is the Space Invaders Extreme and Space Invaders Gigamax 4 SE in one game and Arkanoid vs Space Invaders in another. The latter game requires you to hold the Switch console in portrait (vertical) and use touch screen controls (this might be why it is downloaded as a separate game). As regards to multiplayer, Space Invaders Gigamax 4 SE allows up to four players to team up and work together to talk on the alien hordes. Each player has their own ship and fire independently but can also join together and fire simultaneously to do more damage against bosses.

If you are a fan of the classics then you may get a kick out of Space Invaders Forever. While one Game mode may have only 16 levels, each of varying difficulty, There is another that has 150 levels and will certainly keep you entertained for a while.

Thank you for reading our EXPlay on Space Invaders Forever. We hope that you find it useful in your decision in picking up the game for yourself. While there are a lot of hidden gems on the Nintendo Switch and a fair number of duds, we’ll leave it to you to decide whether a game is for you or not.