[Preview] Kill Gods or Die Trying with Gods Will Fall 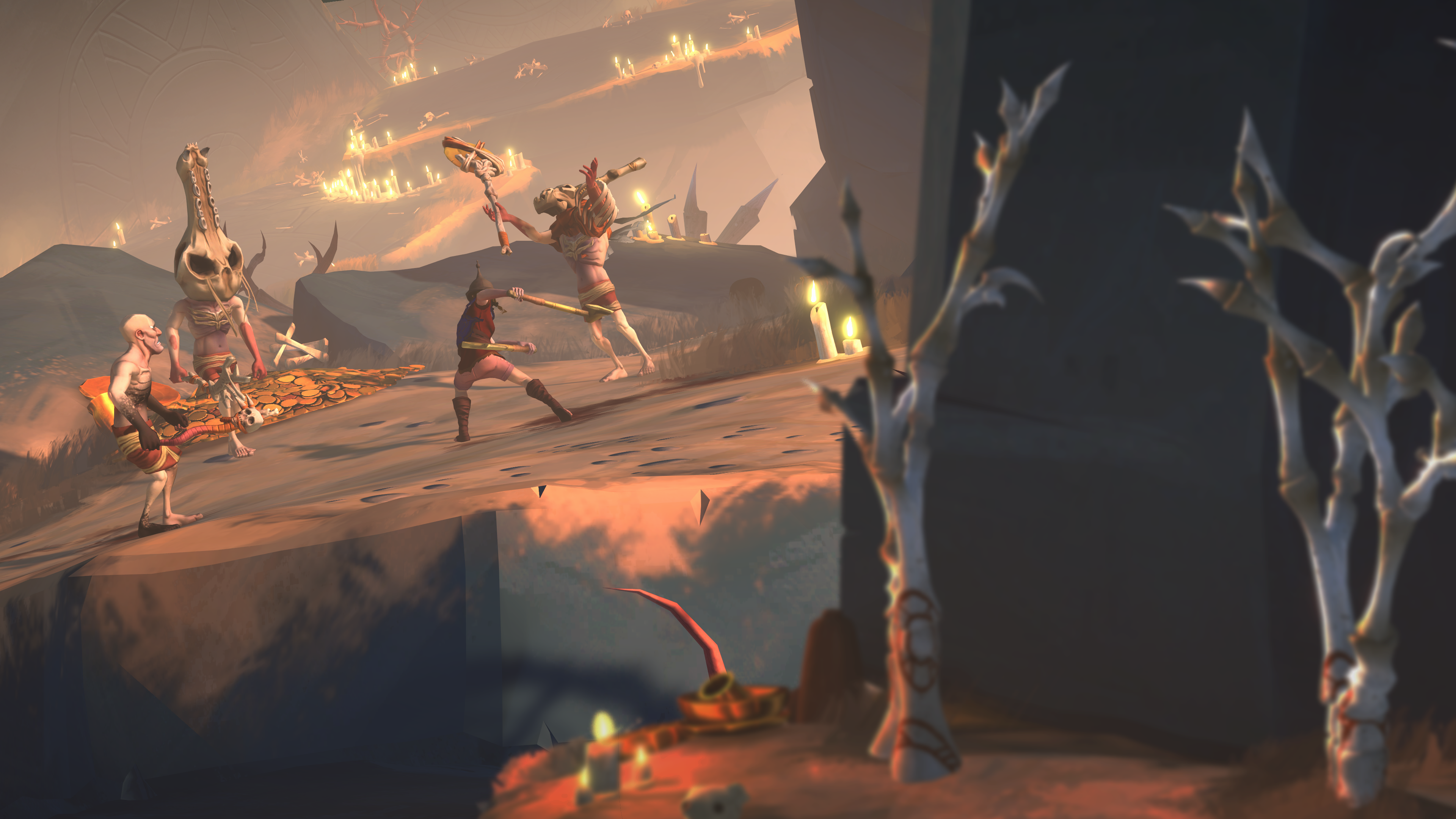 Earlier this month, I had the opportunity to attend a virtual press event for the upcoming RPG Gods Will Fall, presented by Clever Beans developer Mark Wherrett.

Serving as the lead designer on Gods Will Fall, the first part of the preview saw Wherrett discuss many aspects of the game as pre-recorded gameplay footage played in the background, with a Q&A taking place afterwards and now with the embargo lifted, here is everything we learned about this Celtic adventure:

Kill Gods or Die Trying with Gods Will Fall

From developer Clever Beans, best known for their work on Sony platforms, with games such as When Vikings Attack, comes a new engaging RPG due to arrive on all platforms on January 29, 2021 that will surely test the skills of all who play it.

With a dark fantasy setting, Gods Will Fall is a story about 8 Celtic warriors who have had enough with how their 10 gods have been treating them and now they wish to do something about.

After a perilous sail, this band of 8 must reunite on the beaches and summon up the courage to defeat the 10 gods that have forsaken and mistreated them for too long.

While some share inspiration from actual Celtic gods, with some even sharing a name, the gods’ players can expect to encounter in-game are the creation of those who created this game, with 3 of the gods shown off during the preview.

The band of misfits are the last hope for humanity and the odds are well and truly against them, but be warned, Gods Will Fall is not a game where every player will experience the same story. Instead, everyone who plays it will experience a different story thanks to roguelike elements and branching story points that can see your characters bonding with one another, hating one another, being particularly fearful of a certain god.

Still, the story elements go deeper than that as additional story points can come about via failures, player choices and successes. The story is constantly adapting to the player’s every action and everything can swiftly come crashing down upon you the second you use the wrong character at the worst time.

10 gods means on the island your characters was up on, there are 10 dungeons to discover, but only one warrior can go in a dungeon at a time and should they survive long enough to meet the god inside it, they will have to do battle against them.

If fortune is smiling upon you, your warrior might be able to come out alive, bringing with him a bounty to be shared amongst their team as everyone cheers and benefits by leaving up, but success is never guaranteed.

The gods are brutal and their minions are relentless in their pursuit. Defeat as many as you can to weaken the gods before your final showdown, but be careful not to get crowded as harder dungeons can see your warriors trapped or killed. (The difference being a killed warrior is not coming back as permadeath is used but if a warrior becomes trapped in a dungeon, or even 7 get trapped and the last one successfully saves the day, everyone can go free.)

Because there is a permadeath feature, in the event all 8 characters are defeated, it is game over and the player will have to start anew with a new team of 8 warriors that can differ in height, weight, sex and their preferred weapon choice, of which there are five different weapons to make the most of.

Still, let’s have some good news. When exploring the island, players can do so in safety, without the threat of death, what’s more, there is also a map players can use to find the 10 dungeons rather swiftly and every doorway is static, meaning no matter what playthrough you’re on, the same god and their associated dungeon can be expected inside but they may or may not be more difficult than the last time you faced them, depending on your progress.

Additionally, because each dungeon is handcrafted, the majority of them are linear, with no randomisation. Nevertheless, each dungeon does have its own gimmicks and like the gods that rule over them, dungeon difficulty can vary with each playthrough and it is down to the player to work it out for themselves, whilst also trying to spot telltale signs that could help guide the player.

There are also plenty of secrets to discover, lore to learn pertaining to the gods, how they treat humans, each other and more while there are no health pick-ups, when a player’s character does sustain damage, they can attack enemies for a blood lust, which once enough has built up, by roaring, players can replenish health, with a total of 3 different roars supported.

3. Loud roar – Recover lots of health, and release a blast of energy that staggers enemies and allows you to briefly deal double damage

Based on observations alone, Gods Will Fall is an inventive game where it’s 3 design pillars (A Personal Story, Band of Brothers, High Stakes Action and Tense Decisions,) do it justice.

Some intricate actions will need to be performed, especially against bosses, should you wish to avoid their deadly attacks, which if they are the blow that depletes the last of a given character’s health metre (vigour), then that character is classed as being dead instead of trapped. This certainly won’t be a game beloved by all, but it is certainly an interesting piece of kit with a lot of depth.

If you are looking for a Souls-like experience, you can’t go wrong with Gods Will Fall. No playthrough is ever the same and the odds of you completing the game first time, are against you, but the more you play, the better your skills will become and the more secrets you can uncover as Gods Will Fall harbours many secrets just waiting to be discovered.

Sadly, there are no plans for a demo, but with Gods Will Fall clocking around 2 years of development time, it certainly has gone on to be shaped into something very interesting.