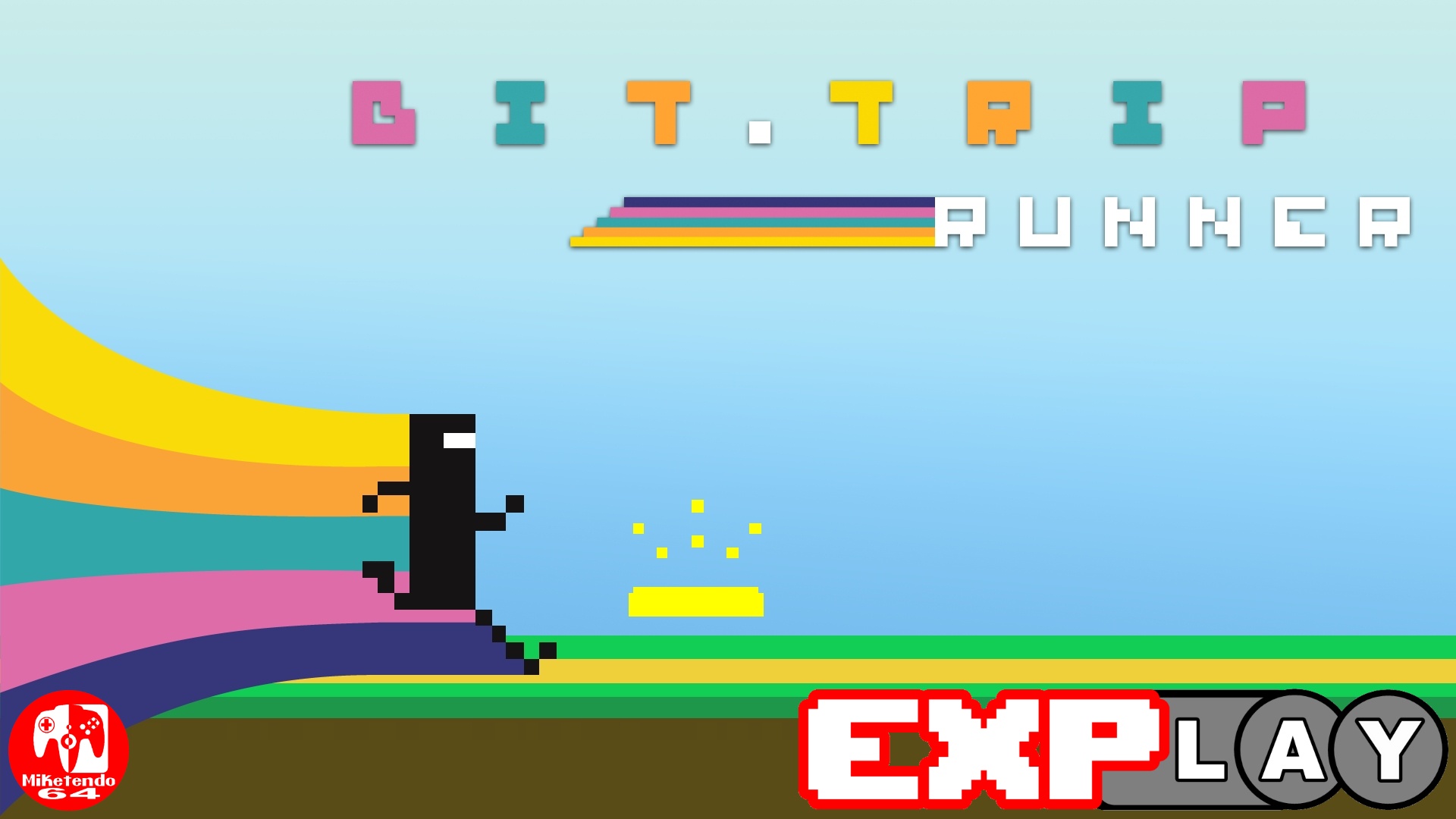 Hey folks, welcome to the feature series we call “EXPlay.” A series of feature articles where we share our experience on games we’ve recently played in the form of written views and captured gameplay footage. In this instalment, we are all about BIT.TRIP RUNNER by developer Choice Provisions.

Fast forward to 2020, the BIT.TRIP series is making its Switch debut as all 6 games “make the Switch,” in time for Christmas and among them is the very brilliant rhythm-based runner called BIT.TRIP RUNNER.

This was the game were CommanderVideo no longer just had to resort to starring in cutscenes, but he was allowed to be the star of his own game in this 2D platformer where players must tackle the games three worlds (Impetus, Tenacity and Triumph).

Each world features 11 regular stages and a 12th stage serving as a boss encounter and while the running part is handled automatically,  players still maintain some level of control as they must press the right buttons to perform the correct actions, such as jumping, kicking, sliding and launching, should they wish to collect every piece of gold on the given stage and make it to the end.

Failure to respond in time will see CommanderVideo sent straight back to the beginning of the current stage and it’s not just enemies that can cause this to happen either, as falling down a hole also has the same effect.

By collecting every gold bar on a given level, players will be able to access a bonus stage where more gold bars can be collected, with the bonus stage being based on that of David Crane’s Pitfall for the Atari 2600.

As players run, CommanderVideo can score power-ups that affect the score multiplier, with Hyper, Mega, Super, Ultra and Extra scoring more points than the multiplayer before it and as players level up, background music can intensify to adjust to the current on-screen action.

If you’ve played the rest, it’s time to play the best. BIT.TRIP RUNNER might look tame to the more recent Runner3, but it is the game that started it all off and easily the best instalment in the BIT.TRIP series thanks to its fleshed-out world, chiptune soundtrack and delightfully fun challenges to beat.

Thank you for reading our EXPlay on BIT.TRIP RUNNER. We hope that you find it useful in your decision in picking up the game for yourself. While there are a lot of hidden gems on the Nintendo Switch and a fair number of duds, we’ll leave it to you to decide whether a game is for you or not.