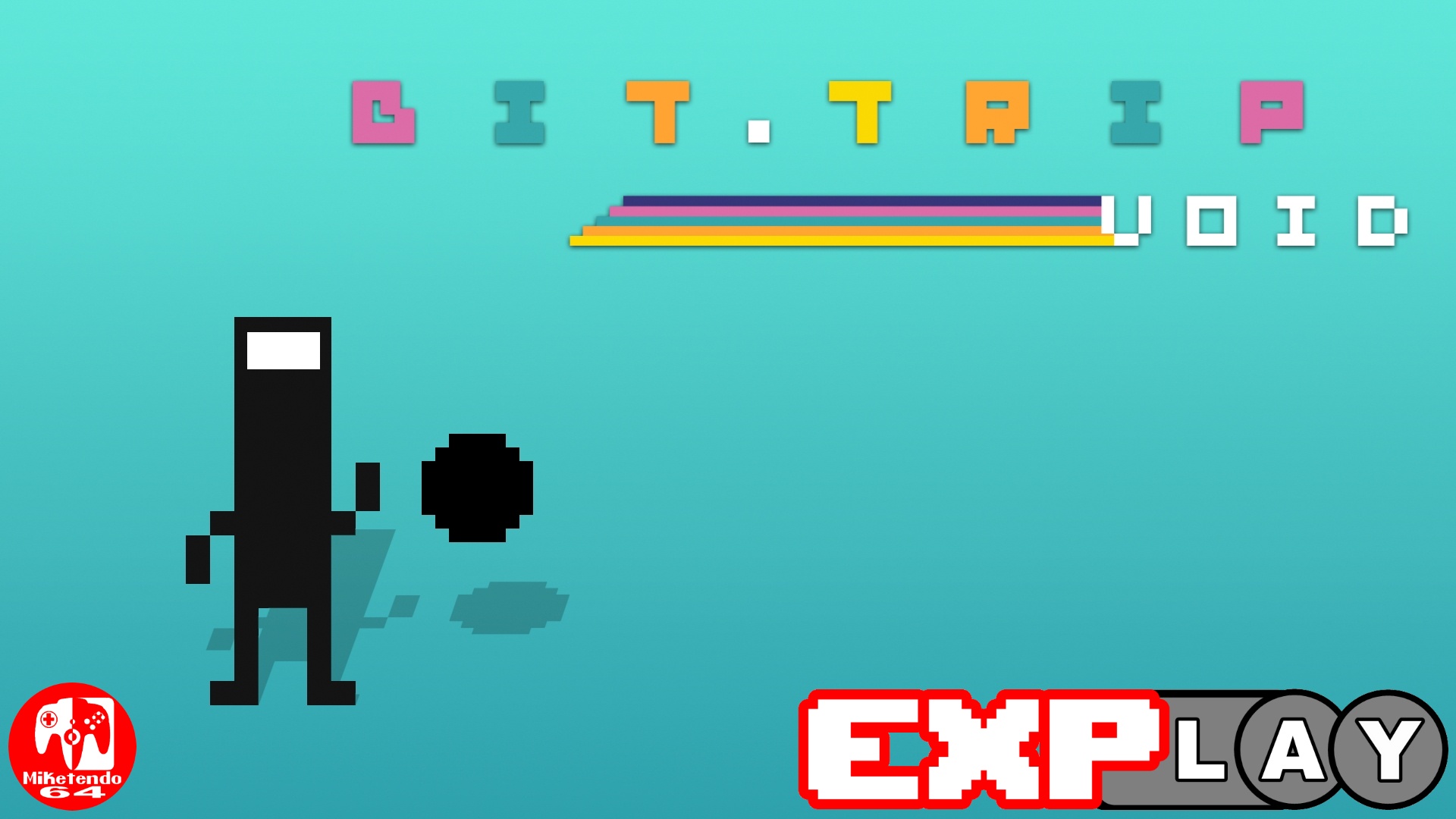 Hey folks, welcome to the feature series we call “EXPlay.” A series of feature articles where we share our experience on games we’ve recently played in the form of written views and captured gameplay footage. In this instalment, we are all about BIT.TRIP VOID by developer Choice Provisions.

Fast forward to 2020, the BIT.TRIP series is making its Switch debut as all 6 games “make the Switch,” in time for Christmas and among them is possibly the most interesting game of them all, BIT.TRIP VOID.

In a rhythm bullet hell game that gives players control over a void, featuring a chiptune soundtrack composed by Nullsleep, comes a game deliberately developed so as to be open to interpretation, whilst at the same time giving players an insight into the psyche of CommanderVideo.

As part of the game’s “synesthetic exploration” with regards to how music and rhythm impact our every day lives, BIT.TRIP VOID, whilst in keeping with the 8-bit visual style heavily utilised by the series, gives players the freedom to move freely across the game’s screen, as they try to collect the black squares, causing the void to increase in size, whereas consumed white squares return the void back to its base size.

The more beats you collect, the higher your combo becomes, but not only can the white squares make the void smaller, but they can also reset your combo as well, so to battle this, via a press of a button, players will also want to reduce the voids growth, in a bid to become smaller and keep your current combo. Of course, there are also times players can get an upgrade that will see the void repelling the white squares.

In typical BIT.TRIP fashion, there are a total of three levels to play through and epic boss battles at the end of each one, but for good measure and serves as a safeguard, there are two checkpoints per level. So, should you get hit by too many white squares or miss too many black squares and enter the nether, and unfortunately fail to escape it, you can always resume from the last checkpoint you reached.

Even by today’s standards, BIT.TRIP VOID is still the game diehard fans know and love, as it does its best to be a game that celebrates in the fact it is both a colourful and colourless adventure into the inner workings of CommanderVideo.

Thank you for reading our EXPlay on BIT.TRIP VOID. We hope that you find it useful in your decision in picking up the game for yourself. While there are a lot of hidden gems on the Nintendo Switch and a fair number of duds, we’ll leave it to you to decide whether a game is for you or not.