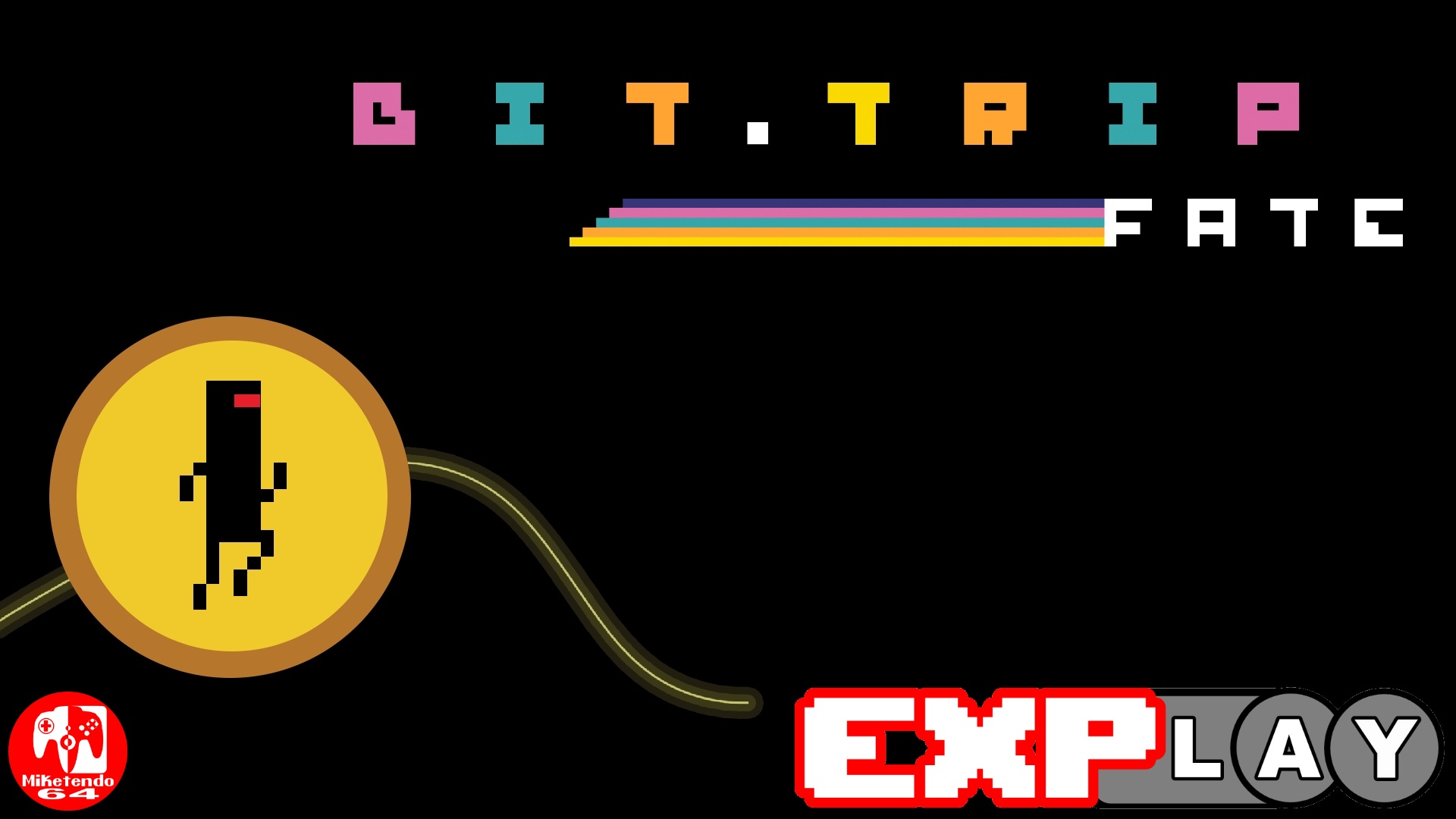 Hey folks, welcome to the feature series we call “EXPlay.” A series of feature articles where we share our experience on games we’ve recently played in the form of written views and captured gameplay footage. In this instalment, we are all about BIT.TRIP FATE by developer Choice Provisions.

Fast forward to 2020, the BIT.TRIP series is making its Switch debut as all 6 games “make the Switch,” in time for Christmas and among them is the side-scrolling shooter the world would come to know as BIT.TRIP FATE.

With plenty more for CommanderVideo to see and do, CV is back for another playable adventure and this time around the genre is a rhythm arcade, twin-stick shooter game where CommanderVideo is compelled to travel along a set path, all whilst blasting anything and everything in sight.

Much like the other BIT.TRIP games, there are three environments, which are comprised of smaller levels, this time around divided into two stages with a boss encounter waiting at the end of each stage.

Because of the twin-stick nature of the game, the right stick is used for aiming and firing, whereas the left stick is used for controlling CommanderVideo’s movements along the path referred to as “the vibe.” Still, just because the freedom to roam everywhere is denied, it doesn’t mean you can’t have some fun as you move CV up, down, left and right of the vibe and fire at everything you see.

Constant firing will actually see CommanderVideo progress slowly along his fixed rail, whereas ceasing will see him speed up and constantly be on the lockout as enemies can appear from any direction.

If BIT.TRIP RUNNER, is CommanderVideo’s best outing, as far as the original 6 games go, BIT.TRIP FATE is a close second. It is as fun to play as it is to watch and the supported power-ups make it all worthwhile.

Thank you for reading our EXPlay on BIT.TRIP FATE. We hope that you find it useful in your decision in picking up the game for yourself. While there are a lot of hidden gems on the Nintendo Switch and a fair number of duds, we’ll leave it to you to decide whether a game is for you or not.