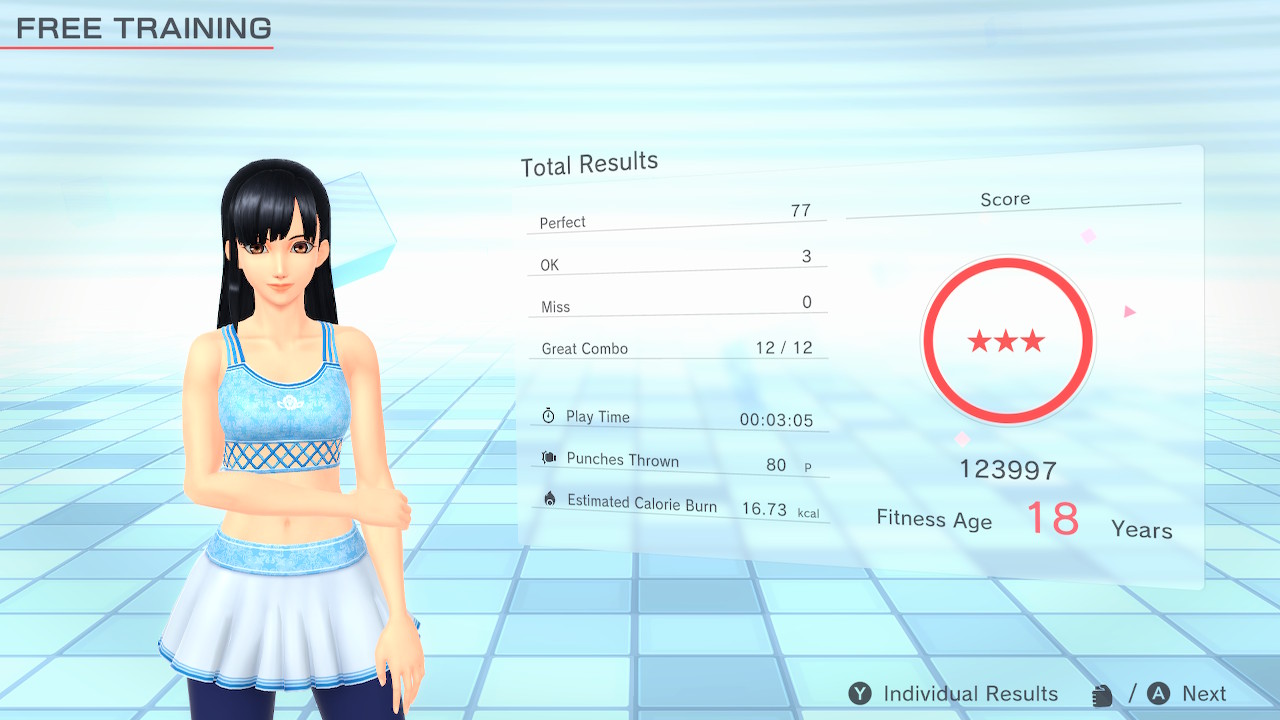 When I first played the demo of Fitness Boxing in 2018, I knew it was a game I needed to have and when I did finally get my hands on in January 2019, once I started playing, instead of just reviewing it (7/10) and moving on, I played it religiously for four months and had a hell of a time with it, even going as far as unlocking everything and now a sequel is on its way and out next month and having just played the recent demo, I certainly need to talk about it:

Another Dose of Muscle Ache

When I first saw Fitness Boxing 2: Rhythm & Exercise announced during a Nintendo Direct Mini: Partner Showcase, I had to do a double-take. Despite how much I enjoyed the first game, I never expected it to get a sequel, especially not this soon, but lo and behold, a sequel would become a reality.

Instead of 3 new instructors being added as DLC, instead, we’re getting a new offering with a brand new tracklist and the 6 returning instructors from the first game and the oh so sweet coup de grâce, anyone who has played the first game, can transfer their profile to the sequel, with all progress preserved. For me, that is the best possible decision as far as this offering is concerned and although I have yet to play the full sequel yet, I have managed to play the demo and I have liked a lot of what I have seen already.

Yes, as far as gameplay is concerned, Fitness Boxing 2: Rhythm & Exercise feels like a Deluxe version of the base game, but developer Imagineer, has refined the game’s UI and menu screens to give it a much more wholesome, yet sharper feel befitting a game of this genre. What’s more, although the majority of the game’s soundtrack isn’t available in the demo, it’s bound to be a blinder what with it offering multiple hits from various decades, including a bit of Bon Jovi, Ariana Grande, Steppenwolf and Earth, Wind & Fire.

One of my biggest criticisms with the first game, was the soundtrack as I wasn’t actually a fan of most in-game tracks and often muted the game as I played it, but had songs more to my liking, playing in the background, but this time around, I won’t have to do that as much. (Yay, progress)

With regards to the three new instructors, I find them to be a welcome improvement. I was never a fan of Bernardo and Evan, but Hiro seems like a cool dude and I’m looking forward to having Karen and Janice be my instructors as well. It’s nice to have a bit of variety and not just end up sticking with Lin and Martina as I did in the previous game. Just don’t expect too much from the voice acting. No one will be winning an award here.

On another note, I also like the inclusion of an achievement system. Even though no progress from the demo carries over to the full game, I still set out to complete every in-game achievement to earn tickets to purchase new outfits. This new means of unlocks is interesting since the previous entry required players meeting a certain amount of punches thrown and days logged in. Be interesting to see just how many clothing options and achievements are available in the full game, since the demo offers such a small amount.

Still, just because Fitness Boxing 2: Rhythm & Exercise, is more of the same but better packaged together, but one subtle change I really like, is the fact that this time around, not only will the game tell you what position your feet should be in, but now they’ll flash on-screen, to help players “maintain proper balance” and I love it.

One pre-existing issue that still remains, however, is for the players who don’t feel like throwing a proper Hook or Uppercut, you can still just throw a Jab or a Straight in a bid to land a Perfect hit, but there is still some good news, this is still a game that can make those muscles ache and have you burn with pride for doing a great workout and during the lead-up to Christmas, this is a nice little get fit game to keep us busy for those not quite ready for Ring Fit Adventure.

What final thoughts? This is just a preview on the available demo. We’re a long way from final thoughts just yet, but Fitness Boxing 2 does do a nice job of improving on some aspects, whilst everything else essentially remains the same.