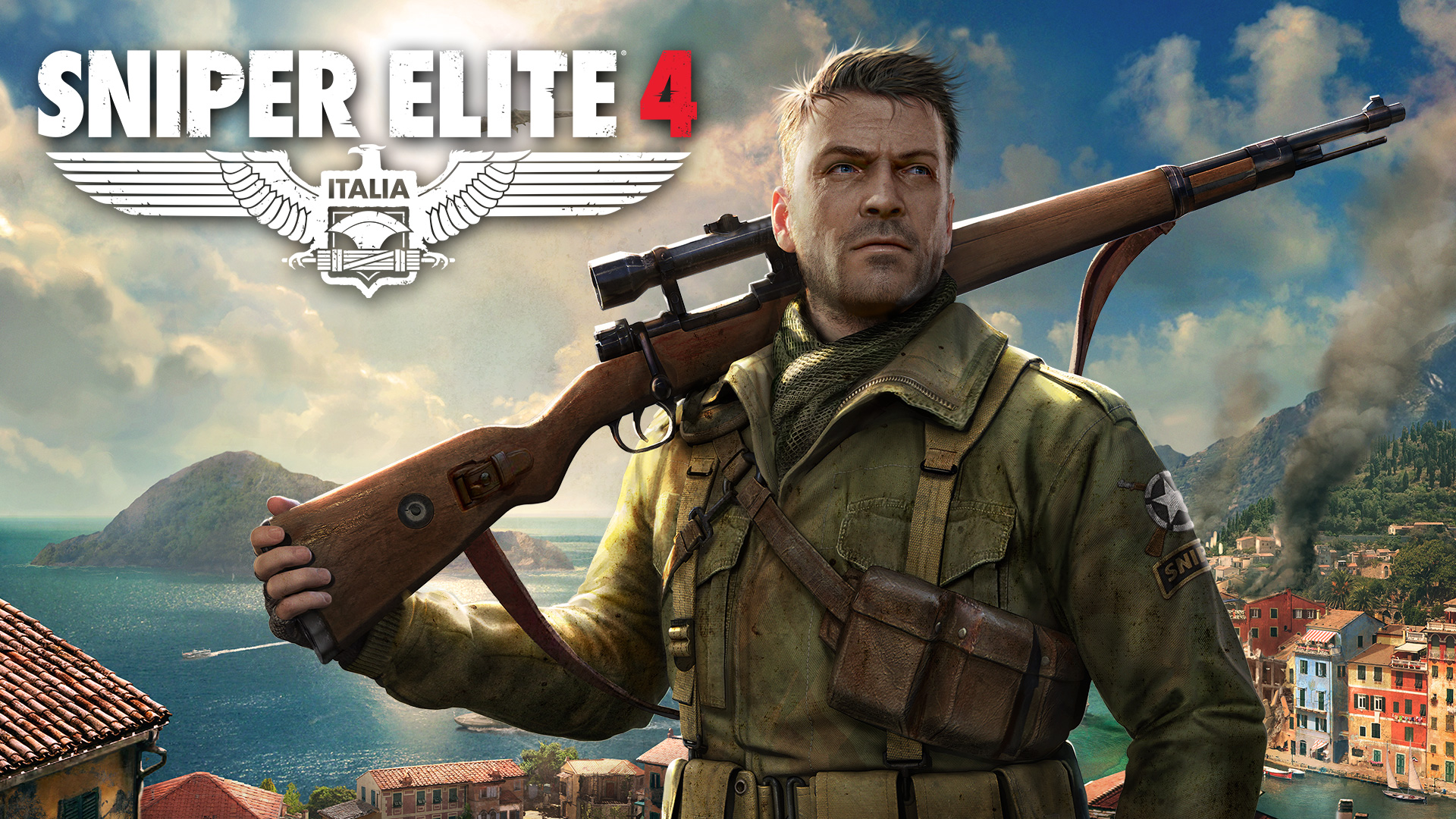 The Sniper Elite Series first came into being in 2005. Developed by Rebellion Developments (now simply called Rebellion), the third-person, tactical shooter game Sniper Elite released on the Nintendo Wii, Playstation 2, Windows, and macOS. The game series has seen relative success over the years as it has accumulated 20 million sales as a series whole.

Sniper Elite V2 is the first sequel and introduced the series’ iconic ‘X-Ray Kill-Cam’. This feature follows along the trajectory of a successful shot, usually at a distance, in slow-motion. You will see the bullet fly through the air and rip its way through the enemies’ anatomically correct body parts as it makes contact. The feature was also made a core part of every installment in the Sniper Elite series following Sniper Elite V2.

Sniper Elite 4 follows SOE agent Karl Fairburne on his mission through Italy during the Second World War. He is tasked with taking out a high-ranking Nazi official who is overseeing a special weapons project of Radio-guided anti-ship missiles. It is never straightforward though. The clock is ticking as an invasion from the Allied Forces is imminent. Karl has to act swiftly and efficiently if he is to find where the Germans are building their secret weapon and put a stop to it before it is used to decimate the Allied Forces.

As a seasoned veteran with tours in both Nazi Germany and North Africa, Karl is a top sniper who is resourceful and not afraid to get up close and personal either. That said, with the shaky balance in Italy ready to tip either way, Karl has to make alliances with the Italian Resistance fighters the Partisans, and even the Mafia, if he is to be successful in his own mission.

Sniper Elite 4 is a third-person, tactical shooter that has you complete a series of objectives on each mission. With finite resources like ammunition and first-aid supplies, you need to apply stealth and be strategic in how you dispatch enemies without alerting reinforcements.

The key focus is to eliminate your enemies from afar with a sniper rifle. Taking your enemies out at a distance makes it harder for them to spot your location. However, your shots can be heard and will alert enemies of your presence. Suppressed bullets are silent and won’t attract attention but are in scarcer quantities. You can use certain objects in your surroundings like generators or planes flying overhead to mask the sound of your shots.

Sometimes you may have to get your hands dirty and eliminate enemies in close quarters. These takedowns are relatively silent and are less likely to attract the attention of nearby soldiers unless it is in plain view. When an enemy is killed, you can loot them to find ammo, explosives, letters of interest, and other items. You can also swap out your current weapons with whatever the enemy soldier was armed with.

Killing enemies will earn you experience points. You can earn more points depending on how you kill them as well. Shooting them with a rifle at a distance, Melee takedown from the bushes, using generators as sound masks can net you experience points that will allow you to level up and earn perks. The perks can be anything from increasing stamina so you can sprint for longer, regulate your heart rate easier, and so on.

In the main campaign, there are 10 missions with more to unlock via DLC. When you begin each mission, you will have a choice of loadout you wish to go with. You can have a Rifle, a pistol, and an extra sidearm in the form of an SMG, automatic rifle, or shotgun. The selection of weapons is very limited in the beginning but you can acquire different weapons later on in the game.

On every mission, you are given a series of primary and secondary objectives. The secondary objectives are optional but the primary objectives must be completed in order for the mission to be a success. Every location is quite expansive and will have you wandering about and exploring as much as you will be fighting it out with enemy soldiers. You can tackle objectives in any order, giving you the freedom to try things out differently on each playthrough of a mission. There are also additional challenges that will really test your skill

Aside from the main campaign, Sniper Elite 4 on Nintendo Switch has a number of other game modes available to extend the longevity of the game. The Shooting Range allows you to practice and improve upon shooting at long-range targets. The Solo Survival Mode has you fight against waves of enemies until you wipe out every last enemy or are killed in action. Co-op mode allows you to team up with three other players via Local Wireless or online.

There is also a multiplayer mode where you can play with up to 8 players online. This game mode is available via a free download upon release so I have yet to test it out for myself since I was reviewing this game prior to its launch on Nintendo Switch. I hope to update this part of the review once the update is live.

Unlike Sniper Elite V2 Remastered and Sniper Elite III Ultimate Edition, The DLC content is not included in Sniper Elite 4. This means that the Season Pass and other DLC contents have to be purchased on the Nintendo eShop. It might be a stinger for some but should you find yourself beating the game and desire more NAZI extermination, you may be tempted with the DLC missions. I mean, who can resist putting a bullet between the eyes of Adolf Hitler in Target: Fuhrer?

Sniper Elite 4 has all the classic sounds, bangs, and clangs that you would expect in a war/shooter game. The whoosh of a bullet as it zips by in slow motion, followed by a metallic pang as it hits a soldier’s helmet. The sound then turns to a squelch as the bullet tears through vital organs and comes out the other side. The audio department really went all out to make every sound believably realistic, that it is as gut-wrenching as it is satisfying in a macabre way.

The voice acting helps give depth to all of the characters and makes them more relatable. Even the conversations between enemy soldiers make each one feel like an individual as opposed to just some nameless goon. Although, it isn’t enough to humanize them too much that it will stop you from giving them a third eye socket or a second mouth to breathe with.

What Rebellion has done to get Sniper Elite 4 to run on Nintendo Switch is impressive. It’s clear to see that a fair amount of optimization has been done and the results are commendable. The game looks gorgeous on Switch and though there are some instances that I would have liked to have seen improved upon like the foliage, it is hard to critique the visuals too much. While the grass, bushes, and leaves on trees do lack any sharpness to them, I never noticed any issues with draw distances or pop-in textures.

The performance is very smooth and the loading times are not very long at all. There also seems to be very little issue with frame rate drops or dips in resolution. In fact, I have not had any problems at all, which is slightly surprising for me. You would think there would be something to trip up the performance but until I can test the online game modes, there is little else that can be said about the game’s performance.

As mentioned before about the previously released DLC for the game not being included in the Nintendo Switch version, it is a bit of a ‘humdinger’ when its predecessors have the content already included. I would have liked the same courtesy to have been included with Sniper Elite 4 but seeing that it has quite a fair bit of content in the base game already. I think it is reasonable to have to pay for the extra content if I want it. It’s not like it will affect the way the game plays without it.

Sniper Elite 4 is truly a magnificent and engaging game on Nintendo Switch. The expansive maps of Italian locales on the Mediterranean coast are a sight to behold. The somewhat graphically violent nature of the game may not be appropriate to some but it will certainly be a winner with others.