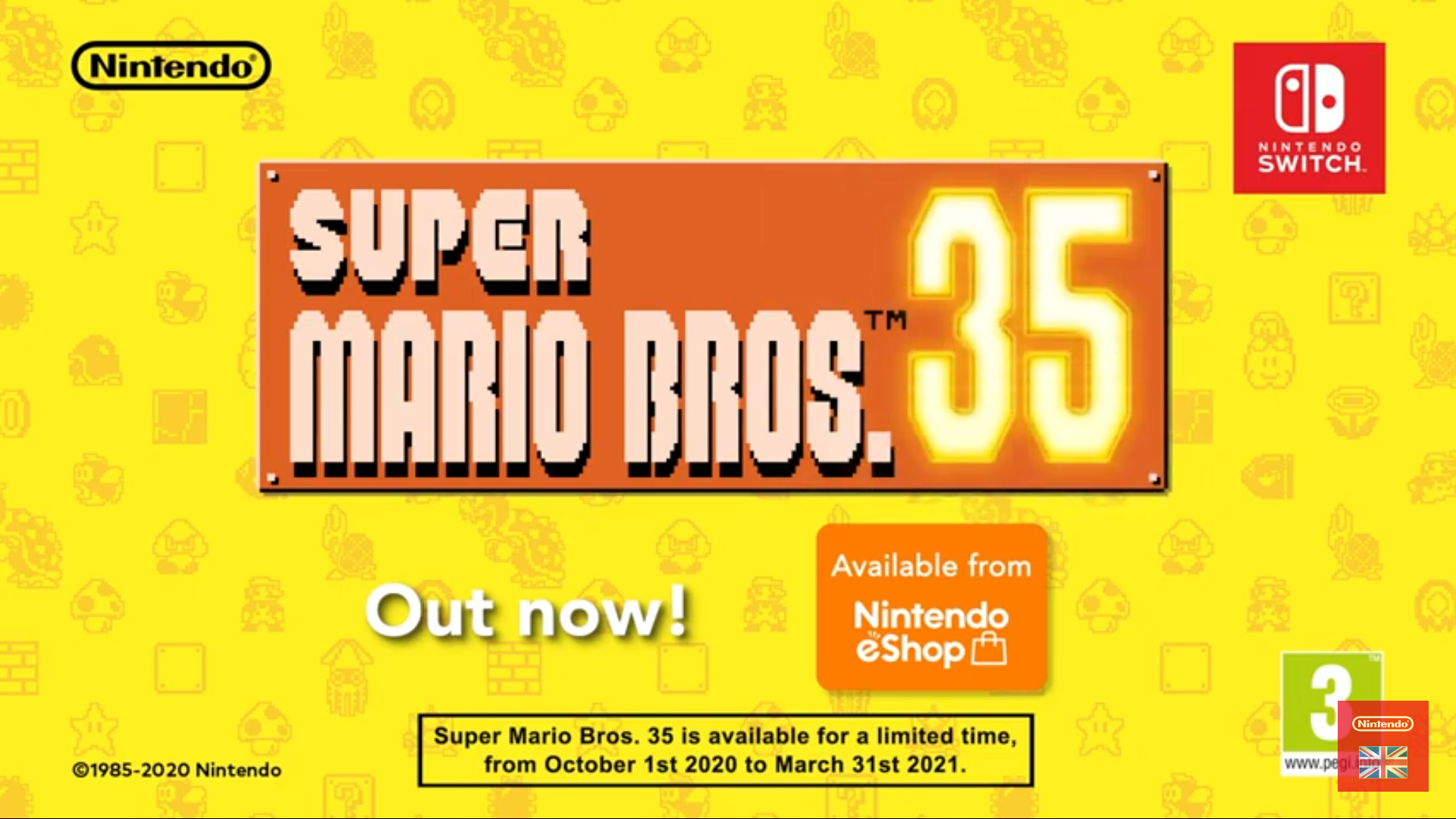 Super Mario 35 Is Out Now On Nintendo Switch

Do you have what it takes to be the last Mario standing in Super Mario 35? The Battle Royale version of Super Mario Bros. is out now on Nintendo Switch! All you need is a Nintendo Switch Online subscription and internet connection and you too can be running, jumping, and warp piping against 34 other players around the world!

You can find more information and a trailer for Super Mario 35 in the official announcement below. We have also recorded 19 minutes of gameplay if you are interested.

Do you have what it takes to become the last Mario standing?

Ever since the Mushroom Kingdom was first invaded by Bowser and his minions 35 years ago, Mario has endured his fair share of trials, but he’s never faced a challenge quite like this. Super Mario Bros. 35 for Nintendo Switch is available today as an exclusive offer to Nintendo Switch Online members at no additional cost. See it in action in the new Super Mario Bros. 35 launch trailer on Nintendo UK’s YouTube channel.

Super Mario Bros. 35 delivers the classic platforming action from the original NES game, with a new 35-player twist. Race against time as one of 35 players, all competing in Super Mario Bros. gameplay at the same time. Defeat enemies and disrupt opponents in an online battle to emerge victorious as the last Mario standing. Experienced players will relive the familiar levels of Super Mario Bros., while beginners can join a community of players to start their Super Mario Bros. journey.

In Super Mario Bros. 35, each player starts with the same timed stage. When enemies are defeated, they are sent over to the opponents’ courses while giving extra time to the player. But proceed with caution, because what goes around comes around: anyone can become someone else’s target when they perform well too. Choose among four types of attack strategy and use items wisely to outpace opponents, and make sure to check in often for Daily Challenges and take part in Special Battles, too.