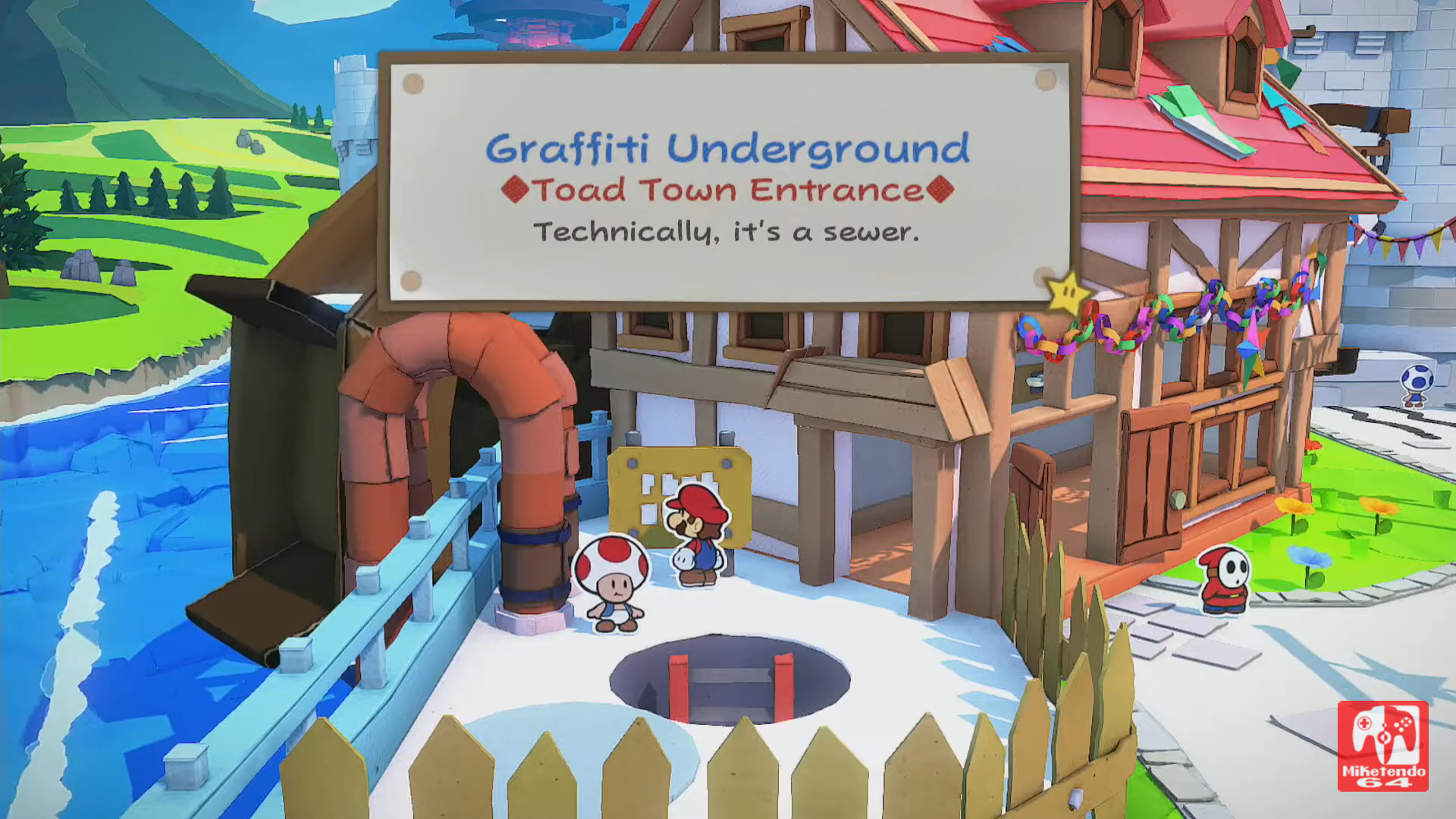 The Graffiti Underground Artwork Is Rather Amusing In Paper Mario: The Origami King

Paper Mario: The Origami King has quite a few amusing moments and one of them is the Graffiti Underground Artwork. When you first visit Graffiti Underground on the way to Peach’s Castle, you will see a few black and white artwork on the walls of the sewers. If you come back from time to time as you progress through the game, more artwork is added and the once black and white paintwork has started to get colored in. I will add that some minor spoilers lay ahead so if you don’t want to know, best turn back now.

We are not sure but at some point when you beat the game, all the Graffiti Underground artwork has been finished and it makes for an interesting stroll. The graffiti features the likes of Mario and Luigi standing up to Bowser and getting their “hats” handed to them. It seems Bowser is victorious at beating his enemies and moves in on poor Princess Peach. However, it seems Peach is in trouble when… well, rather than give up the whole story, we will let you see for yourselves in our Paper Mario: The Origami King Graffiti Underground Artwork Tour video.

If you would like to see any more of our Paper Mario: The Origami King Content, be sure to check out our guides, review, and features here.