[Feature] Immerse Yourself In These Great Diving Games For Nintendo Switch 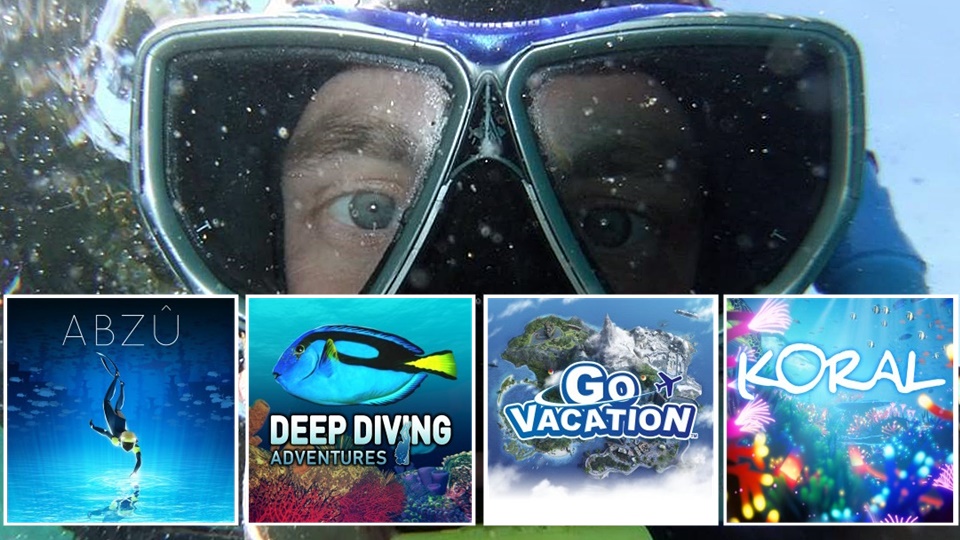 Have you ever wanted to explore the depths of the oceans but are either too young or lack the opportunity to do so? The vast diversity of marine life and the mysteries of the deep have inspired the creation of many interesting diving games and there are quite a few to play on the Nintendo Switch.

We have put together a list of fun and interesting video games that are available on Nintendo Switch that are either fully-focused or have extensive mini-games that are faithful representations on the marine environment. These games feature Scuba Diving, Underwater Photography, Oceanography, and Exploration.

Abzú is a 3D underwater adventure diving game developed by Giant Squid Studios and published by 505 Games. The immersive gameplay of Abzü features a diver in a vast ocean who explores the marine environment and can interact with certain species of marine life like Giant Groupers and Great White Sharks. Whilst the world itself has an interesting art style, the sea creatures features are based on their real-life counterparts.

Find out more about Abzú on Nintendo Switch here.

Deep Diving Adventures is a modern diving game developed and published by Jujubee. The player is tasked with helping Professor Adams with his underwater research. Explore the underwater world whilst healing sick animals and removing dangerous threats like fishing nets. As you dive in more locations and gain experience, you will be rewarded with better equipment so you can dive deeper and further than before.

Go Vacation is developed by Bandai Namco and published by Nintendo. It originally released for the Nintendo Wii and has been given a new lease of life on Nintendo Switch. The game features an exotic Island that is made up of four resorts. There are plenty of sports and activities to partake in including SCUBA Diving. This diving activity has four diving locations to explore with abundant marine life inhabiting each environment.

Find out more about Go Vacation on Nintendo Switch here.

This may seem like a strange one to add to the list but hear me out. For anyone who purchased the Toy-Con Camera Kit. You will be able to partake in the Underwater Camera game. This game drops you in the middle of the sea surrounded by marine life. From a first-person perspective, you can swim up or down and take pictures of the wonderful creatures around you. You can only take three photographs but you can soon enough dive straight back in again. There is no time limit either so just immerse yourself and enjoy!

Find out more about Nintendo Labo Toy-Con 04: VR Kit on Nintendo Switch here or check out our review

Koral is developed and published by Carlos Coronado. The player takes on the role of a current in the ocean. You’ll be taken on a journey through the undersea kingdom to heal coral and learn of the perils of coral bleaching, dangerous fishing practices and how human nature must change so that our precious marine environments can recover.

Find out more about Koral on Nintendo Switch here or check out our review.

Get Ready For Your Next Diving Adventure

Beyond Blue is developed by E-Line Media and in collaboration with BBC Studios and OceanX Media. Set in the near future, the player takes on the role of Deep Sea Explorer and Scientist Mirai. She and her team use ground breaking technology to interact the marine environment like never before.

This game is out now on PS4, Xbox One, PC, Apple Arcade, and is heading to Nintendo Switch at some point though a release date has yet to be made public. Having played the demo at EGX in 2019, am thoroughly excited for this game when it eventually releases on Switch.

Find out more about Beyond Blue here.

What do you think of our list? Have you played any of these games yet? Please let us know in the comments below. We would love to know your thoughts.