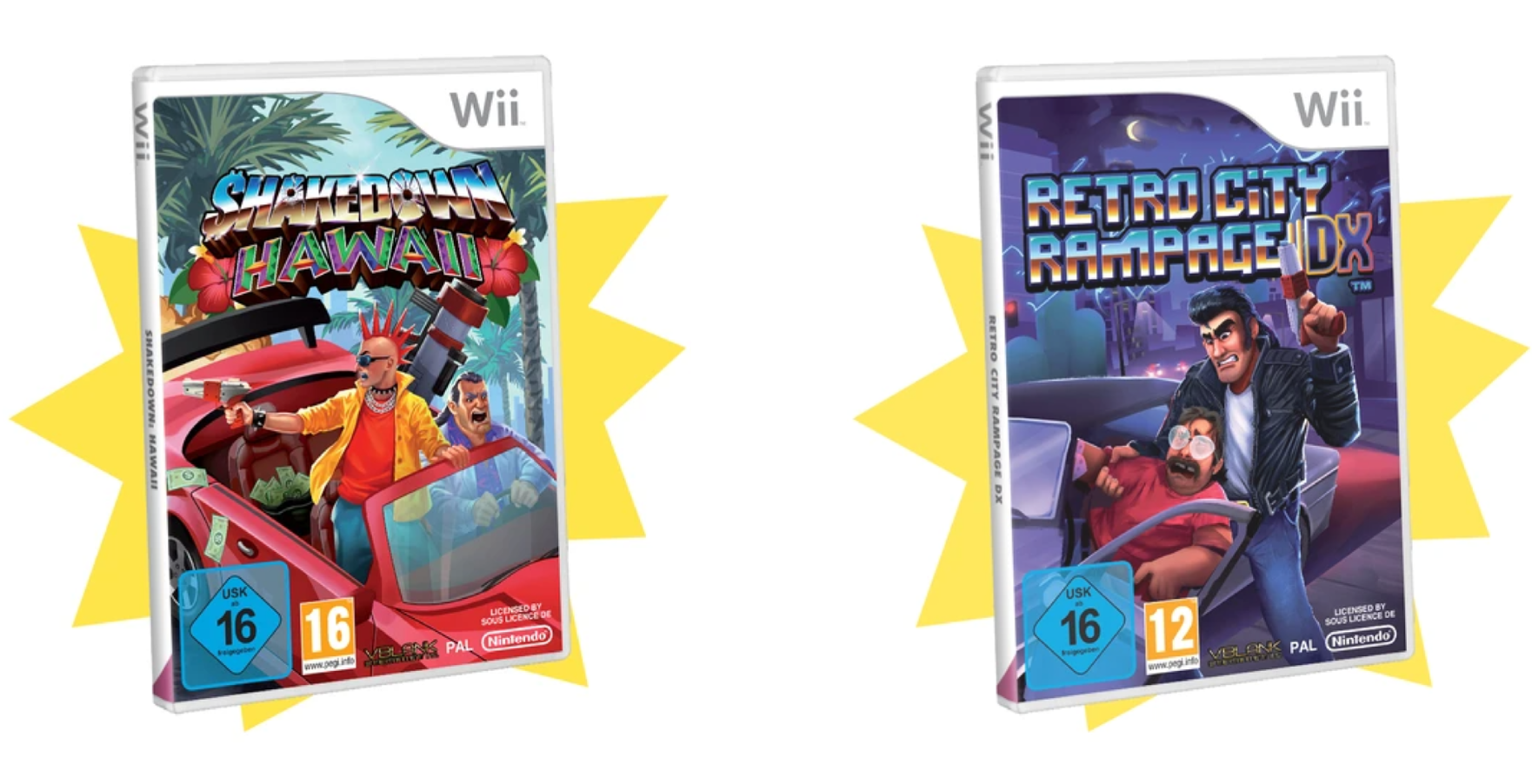 Retro City Rampage DX and Shakedown: Hawaii are now available to purchase physically for the Nintendo Wii. Vblank Entertainment has them both listed on their store page with them priced at $29.99 each and limited to 3,000 copies. Both games are limited to Europe but Shakedown: Hawaii for Wii U can be purchased physically in North America while stock lasts.

We have a statement from Vblank Entertainment below.

Retro City Rampage and Shakedown: Hawaii‘s Wii physical editions are now out, and available from the Vblank Store.

These are our final physical Wii releases and we will be unable to print more. A per-customer limit is still in place.

The Wii games are European region-only, but a North American region version of Shakedown: Hawaii for Wii U will go on sale in August. That will be our first and final Wii U disc release too.

For more information on how these Wii and Wii U releases came to be, why the Wii ones are European region, and the Wii U is North American region, check out the previous blog post, here.
Bringing these games physically to Wii was a true passion project, and I’d like to give an extra big thanks to Nintendo of Europe for making it possible. Also, a big thanks to all of you for the coverage and support!
– Brian, Developer of Retro City Rampage and Shakedown: Hawaii