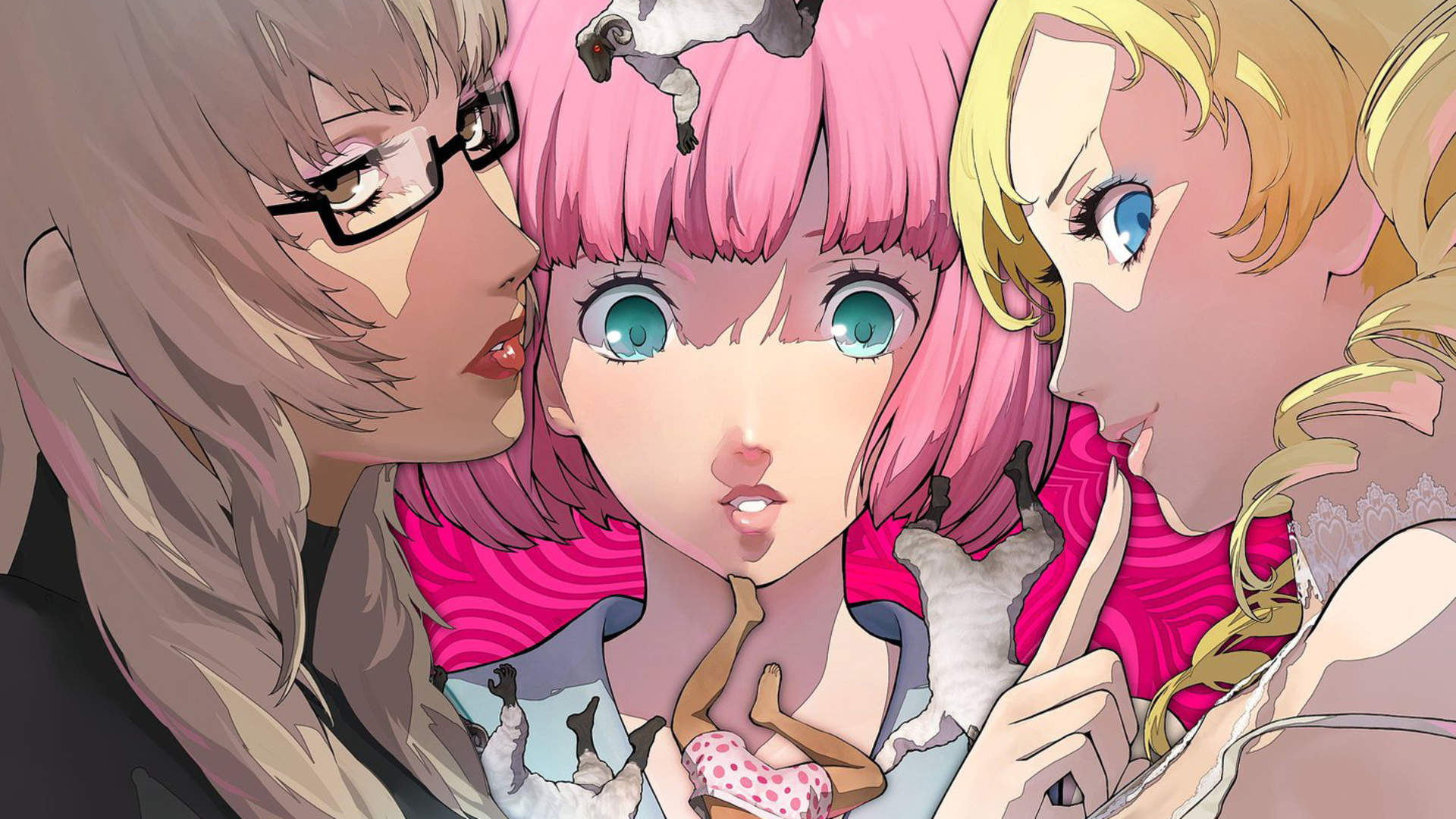 Catherine was first released in 2011 for Xbox 360 and PS3. The Full Body edition was released for PS4 and PS Vita on Feb. 14, 2019 in Japan and Sept. 3, 2019 for US and Europe. The Switch version launched on July 7, 2020.  The acclaimed developers of the Persona series helped create the unique, and at times troubling, world of Catherine: Full Body.

Music composer Shoji Meguro, character designer Shigenori Soejima and producer and director Katsunori Hashino created this universe towards the end of the development of Persona 4 in 2008. Both the original and the Full Body edition received overall positive reviews and was nominated for a few awards. It won some awards for the National Academy of Video Game Trade Reviewers including Supporting voice for a drama and writing in a drama.

Catherine: Full Body contains the same content as the original, along with a new character, Rin, and five new endings to discover. The Atlus team is known for its great storytelling and lengthy, engaging titles. Multiple endings allow for multiple playthroughs and outcomes.  The Switch edition contains all the same content as the PS4 and Xbox One editions.

Catherine: Full Body is a steamy puzzle game that essentially has two modes: puzzle solving, and social simulation. The story follows Vincent Brooks as he navigates the perils of dating, midlife stress, and infidelity. His overbearing girlfriend, Katherine, is ready to settle down, and Vincent is hesitant as he struggles with commitment. He spends his nights at the Stray Sheep bar with his four friends, as well as characters he gets to know throughout the game.

There is a rumor going around the town of a supernatural curse that kills unfaithful husbands or boyfriends in their sleep. As Vincent drinks his worries away, he wakes up with another woman in his bed! The seductress named Catherine haunts and teases Vincent throughout the game.

Catherine: Full Body features a new character, the young and naïve Rin who is a budding pianist for the Stray Sheep and is yet another interest in Vincent’s love issues. The story itself is quite compelling, and being an Atlus title, there are a plethora of endings to discover.

The heart of Catherine: Full Body lies in puzzle solving, social interaction, and moral dilemmas. The puzzles are challenging, and at times quite challenging. You must climb blocks in any pattern or “technique’ you unlock as you talk to sheep throughout the game. There are multiple types of blocks that force you to adjust your strategy as you try to make it to the finish.

After a few levels each night, there is a boss level where various creatures try to kill you as you climb. There are also different items that will prove useful throughout the game. The controls of the game are simple, it’s the execution that will drive you mad and hopefully motivate you to conquer every puzzle and help Vincent discover the best outcome for his life!

The other half of the game lies in Vincent’s interactions with the NPC’s. If you don’t talk to any of the NPC’s, their fates could be less than pleasant. Talking to the various patrons of the Stray Sheep will reveal deeper stories to discover and you can even help each NPC avoid a perilous fate.

After the puzzle-solving levels, Vincent ends up at a landing area where he can interact with various sheep and learn more about their lives, listen to Rin play her piano and then answer a moral question before heading to the next level. Each question is deep and not what you’d expect in a video game. If your boyfriend/ girlfriend or wife or husband is in the room when you play this game, you better answer honestly!

There are also small alcohol facts for the lush’s in the audience. As you drink with your friends, the narrator chimes in with some trivia about each type of drink you consume. The Stray sheep features an arcade which is a cabinet version of the main puzzle-solving portion of the game and a jukebox that contains some of Atlus’s greatest hits! The Full Body edition now includes “Naughty Glasses” And I don’t think I need to describe those…..see for yourself when you play this game….

As you finish each level your score is compared to others from all over the world. There is also an online multiplayer where you race your opponent to the top in either randomized matches or face someone of equal level. You can call on Rin to slow down the collapse of the level as you climb.

Besides the “Golden Playhouse” main game, Catherine: Full Body includes a Babel Mode, where you will attempt to conquer four very challenging levels that are playable for up to two players and Colosseum features two players playing together trying to reach the top.

An Atlus game is not complete without an amazing soundtrack. Much like Persona series, the background music, intro title track music as well as the nightmare puzzle music are all exceptionally composed. The tracks are a great combination of classical music mixed with some heavy metal edginess. I personally own a copy of the soundtrack in my library.

The voice acting is also exceptionally well done. Troy Baker is phenomenal in his role of Vincent and every character’s voice is crisp and clear. The anime cutscenes are also exceptional and very enjoyable. I cannot explain enough how great this soundtrack is. Some levels I just pause and listen to the heavy metal rendition of Bizet’s Farandole.

As much as I love this game, the Switch version of Catherine: Full Body does struggle a little bit graphically. Handheld mode can be choppy at times and docked mode is slightly worse. The in-game graphics for the bar look hazy, and at times almost as if it were the Xbox 360 version, not a next-gen edition. Granted, one does not play a Switch version of a port or a game for its graphics, they play it for the portability. I am simply being honest in the execution of the visuals. They are not as nice as other versions on the market.

This game is one of Atlus’s best titles. The Full Body edition gives a nine-year-old game fresh life and having this game shows that even mature-themed games have a place on the Switch. While it is not the cleanest graphically, this game is a great title to have in the Switch library.

I do not understand how the graphics suffer, as I am not a game designer by any means, but I still think this title is worth checking out no matter what. Its replay value is great and it makes you really think about your decisions you’ve made in your life. I love when games do more than just make you do a thing or take a thing somewhere else.

This puzzler deserves to be in your library. This is another title where the graphics don’t make the game, the game makes the experience. Give it a chance if you haven’t played it before…I’ve played every version since it launched…