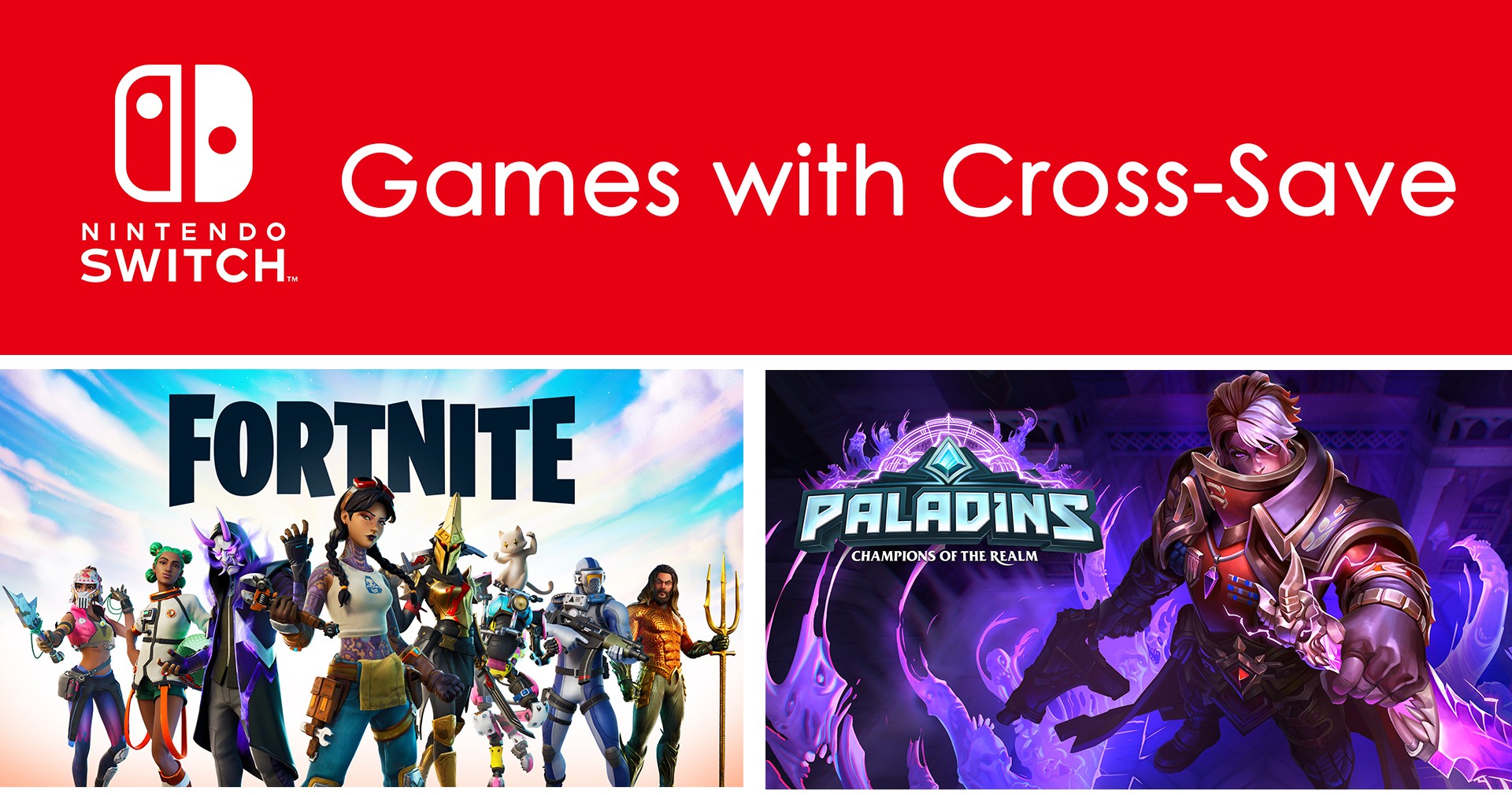 Nintendo is bridging the gap of playing across platforms by permitting Cross-Saves between PC Games and Nintendo Switch Games. This will allow gamers to enjoy some of their favourite games on PC at home and continue their experience on the go with Nintendo Switch and vice versa. Eight games so far have been given the Cross-Save treatment and include the likes of Dauntless, Fortnite, The Witcher III, SMITE, and Civilization VI.

Cross-Save between Switch and PC may not be new information for some but Nintendo America wants to promote that this is indeed a thing. They have created an infographic (shown below) that lists the games that currently support Cross-Save as well as an announcement that includes a description for each game with a link to their listing on Nintendo.com

Continue your journey by using PC save data for these games!

Cross-save allows players to take their save data from a game’s PC version (sold separately) to its Nintendo Switch™ system counterpart. If you’re looking for games that you can take from your PC to the comfort of your sofa and back, please check out our selection of Nintendo Switch games that are compatible with PC cross-saves.

You are all that stands between your world and the Behemoths that seek to devour it. Form hunting parties and battle savage beasts in a variety of challenging online co-op battles. Add to your arsenal by crafting weapons and armors from the very creatures you slay in this free-to-play online world.

Explore a world that reacts to who you are and the choices you make. With five races to choose from, select your role and embark on an adventure, or gather up to three additional friends to help lay waste to an oppressive order in a world afraid of magic.

Enter the Battlegrounds of the Gods. Unleash each deity’s individual strategy, legendary weapons, and earth-shattering powers. Rain lightning down upon your foes as Zeus, assassinate from the shadows as Loki, or transform and trick your foes as the Monkey King, Sun Wukong. Which God will you choose?

Play as one of 24 different leaders from various countries throughout history. Build an empire of lucrative trade routes, flex your military might, or develop a powerhouse of culture. Each leader can be played any way you prefer, with different abilities, units, and infrastructure in their quest for victory.

Set in a vibrant fantasy world, meet a diverse cast of Champions ranging from sharpshooting humans to mech-riding goblins, and more. Each Champion brings their own set of abilities to the battlefield and more Champions are regularly added to Paladins to keep the game exciting.

Explore randomly generated worlds and build amazing things from the simplest of homes to the grandest of castles. Play in creative mode with unlimited resources or mine deep into the world in survival mode, crafting weapons and armor to fend off dangerous mobs.

Board the battle bus and drop in to be the last one standing in this free 100-player Battle Royale. Build huge forts, outwit your opponents, and earn your Victory. Squad up together online with friends in the same room or around the world!

Follow the mercenary monster slayer, Geralt of Rivia, as he journeys through a war-torn, monster-infested continent. In a morally gray world, the choices you make can tip the scales of life and death. Which of the multiple endings will you get?