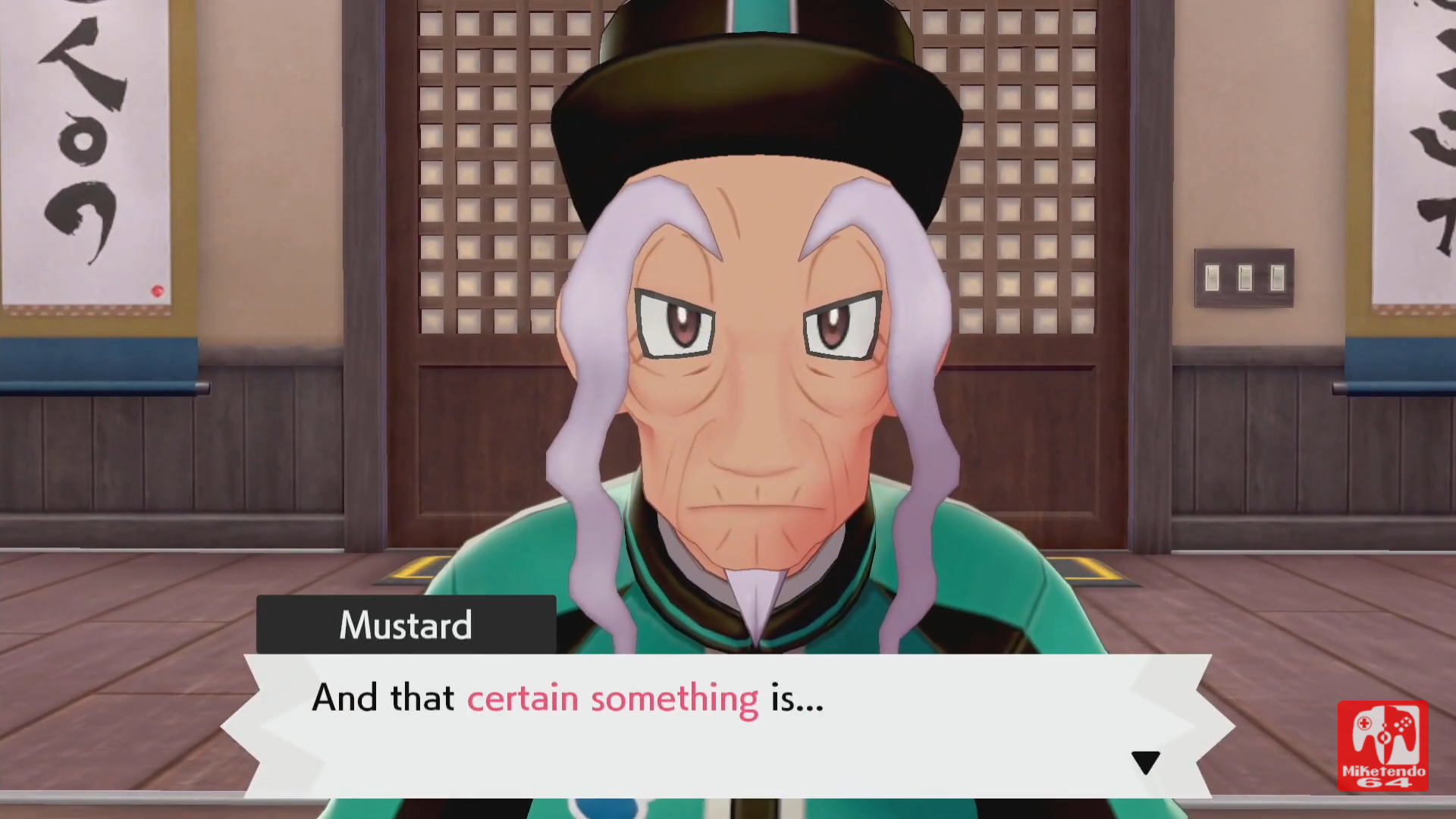 Okay, so you are adventuring through the Isle of Armor. You have tackled the Tower of Water or Tower of Darkness. You Kubfu has now evolved into Urshifu, so what is next? Well, now you have the joy of getting Urshifu to Gigantamax. It isn’t as simple as just giving it Max Soup. Oh no, Urshifu requires a “certain something” that is sweet and sticky. We are of talking about Max Honey.To get Max Honey, you will need to speak with Master Mustard at the Master Dojo after beating either one of the towers and have Kubfu evolve into Urshifu. Hop will be with Master Mustard and will also be staying at the Dojo. Mustard will tell you to find a certain something to add to the Max Soup that even Urshifu will eat it.

Hop will tell you to meet him near a forest. Go to the Forest of Focus via the Soothing Wetlands and you will find Hop at the entrance. As you both walk into the forest, you will come across a lost Petilil who is looking for its parent. The parent in question being a Lilligant. To find here you must travel to the center of the forest. When you reach a bridge, you should see a Lilligant on the other side. Let the Pokémon know that you have found its young and she will follow you back to where Hop is waiting with Petilil. It is best to walk or run back to Hop rather than ride the bike as Lilligant will have trouble keeping up.

When you return to Hop, and the two Pokémon are reunited, Hop will try the nectar that is left behind by Lilligant. He will say it isn’t what you are looking for and you will have to continue the search. Head back to the center of the forest again and at some point, you will find and Applin. The Applin will run off and hide in a nearby Berry Tree. Go to the tree and you will get a cutscene. The Applin will run off but it hit you on the head as it fell out of the tree. Hop will try it and say it is still not what you are looking for.

Your next destination is Honeycomb Island. Head towards the Tower of Waters on Challenge Beach and then use your bike to ride North/North West across the water to Honeycomb Island. Once on the island, speak with Hop again and then shake the tree in the middle of the island. You will be taken to a Max Raid Battle with a Vespiqueen. Battle her (Any Pokémon with a Flying Move or Fire Move can make short work of her). You will then be given the Max Honey after beating Vespiqueen.

Head back to Master Mustard in the Dojo to finish the Quest. You will need three clusters of Max Mushrooms and the Max Honey in order to Gigantamax Urshifu. If you have already used the Max Mushrooms in your possession to Gigantamax another Pokémon, you will need to partake in Max Raid Battles so that they can release particles in the air to create Max Mushrooms. It can take quite a few Max Raid Battles before you can find a Max Mushroom but they will always spawn in the Forest of Focus or Warm-Up Cave. I have yet to find them in any of the other caves so I can’t confirm if they spawn there too.

If you would like to see a video playthrough of the Max Honey Quest, you can check out ours below. Forgive the messy Max Raid battle with Vespiqueen. I though my Urshifu could take her out easily but without a Flying Move, Urshifu comes unstuck.https://youtu.be/qY0INfzbOiY