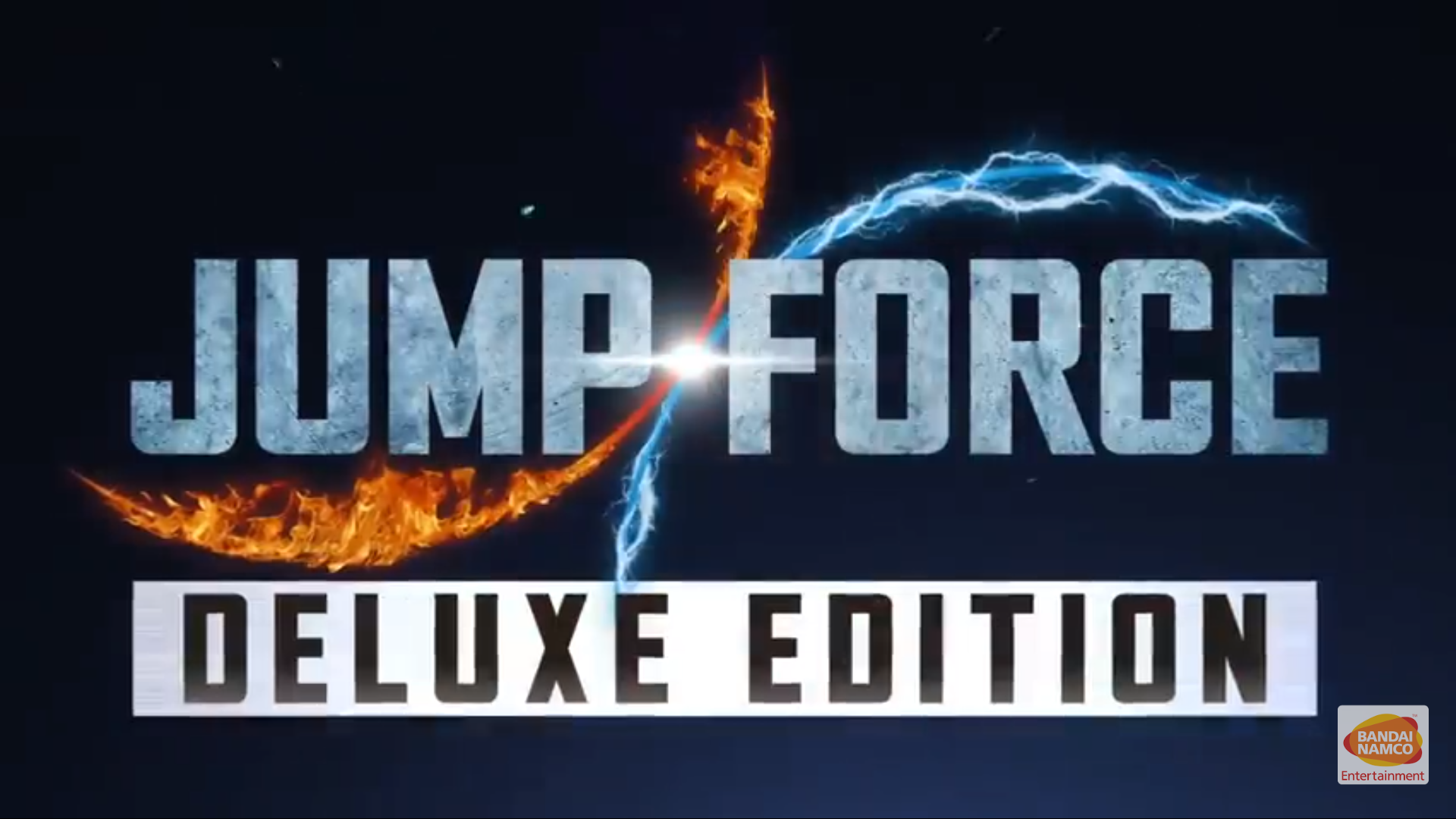 JUMP FORCE Deluxe Edition will be making the leap to Nintendo Switch on August 28. More than 50 iconic characters from 16 distinct series from Weekly Shonen Jump will be able to battle it out on the hybrid console. The Switch version will also feature a an exclusive 3 vs. 3 offline mode where up to 6 players choose a character and take it in turns to play together.

For more information, check out the official announcement below.

JUMP FORCE Deluxe Edition will arrive on the Nintendo Switch console on August 28, bringing together the mightiest heroes and fearsome villains from the 50 year history of Weekly Shonen Jump magazine, published by Shueisha. JUMP FORCE Deluxe Edition features all of the hugely popular characters from the game’s 2019 release, as well as all previously released DLC characters from the Season 1 Characters Pass. With 16 Weekly Shonen Jump franchises gathering a roster of more than 50 playable characters, fans can now take their favorite fighter to the battlefield wherever they want!

To celebrate the upcoming release, the BANDAI NAMCO Entertainment America team has put together a new trailer showing off the intense fighting action on the Nintendo Switch. To check out the trailer, head over to the following YouTube link (ready for embedding):

Play against friends and foes through both offline and online battles. A new offline 3 vs. 3 mode is exclusive to the Nintendo Switch version of JUMP FORCE Deluxe Edition, enabling six friends to each control a character and battle it out together. In this mode, each player controls a character on their team of three and will enter the fight when their character is tagged into the battle. Strategic thinking and knowing when to tag players in and out of the battle will be key to winning the fight.

Rated “T” for Teen by the ESRB, JUMP FORCE Deluxe Edition will be available for Nintendo Switch with a MSRP of $49.99. JUMP FORCE is now in the Americas for PlayStation®4 computer entertainment system, Xbox One, and PCs via STEAM®.