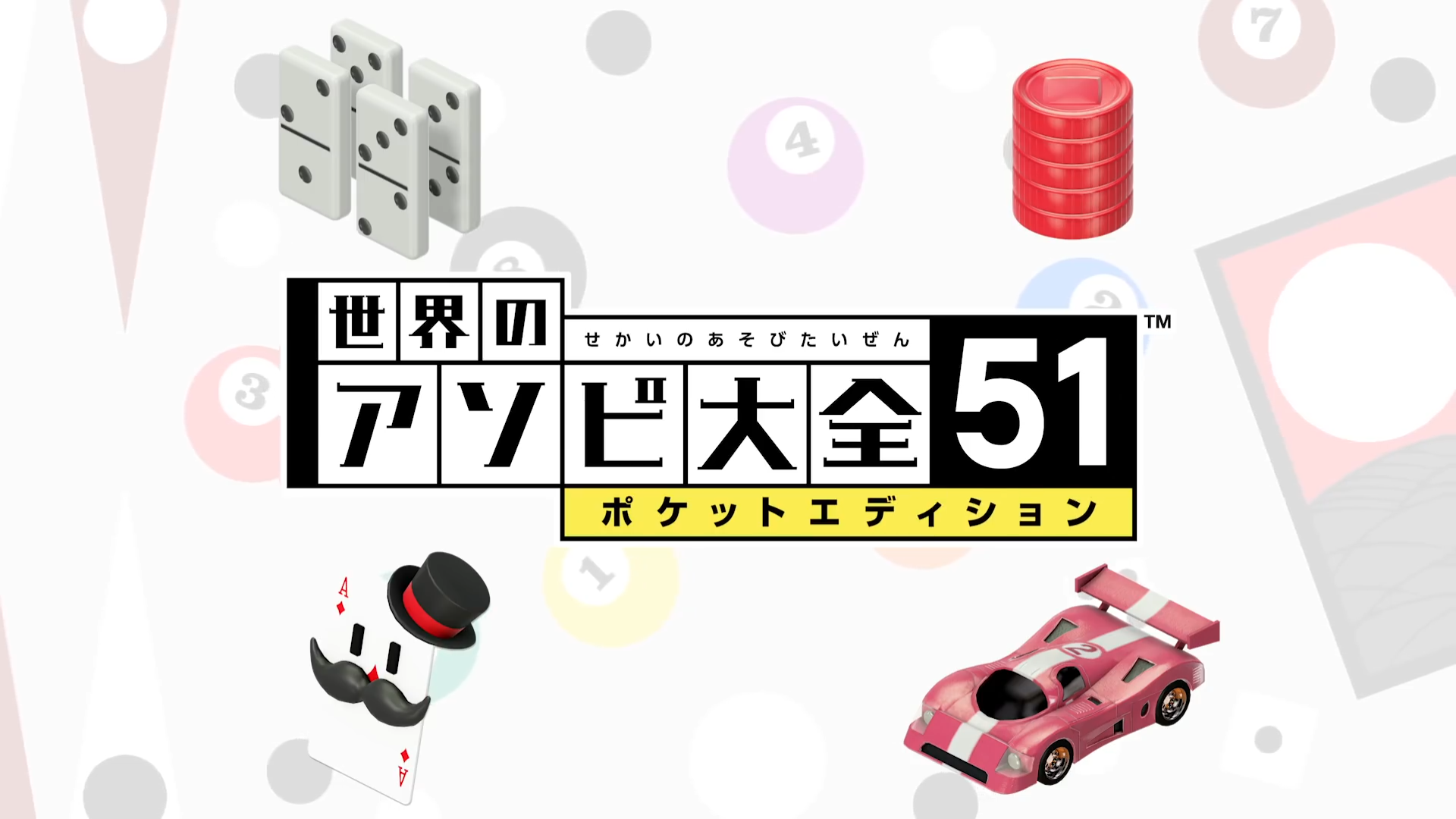 Clubhouse Games: 51 Worldwide Classics releases tomorrow (June 5th, 2020) on the Nintendo Switch. As well as the main title, there will be a “Pocket Edition” that will be available to download free on the Japanese eShop. Only four games will be packaged in the Pocket Edition and will consist of Dominoes, Connect Four, President, and Slot Cars. Local Multiplayer is also supported in this version. For anyone who has the full game, they can play with those that have the Pocket Edition including games that are not available in the free version.

51 Worldwide Classics: Pocket Edition is currently only for the Japanese eShop. It was mentioned some time ago that something similar was supposedly coming to the other eShops that would allow users of the free version to play with those that have the full game.

A trailer for the Pocket Edition is live on the Nintendo Japan YouTube channel and can be seen below.