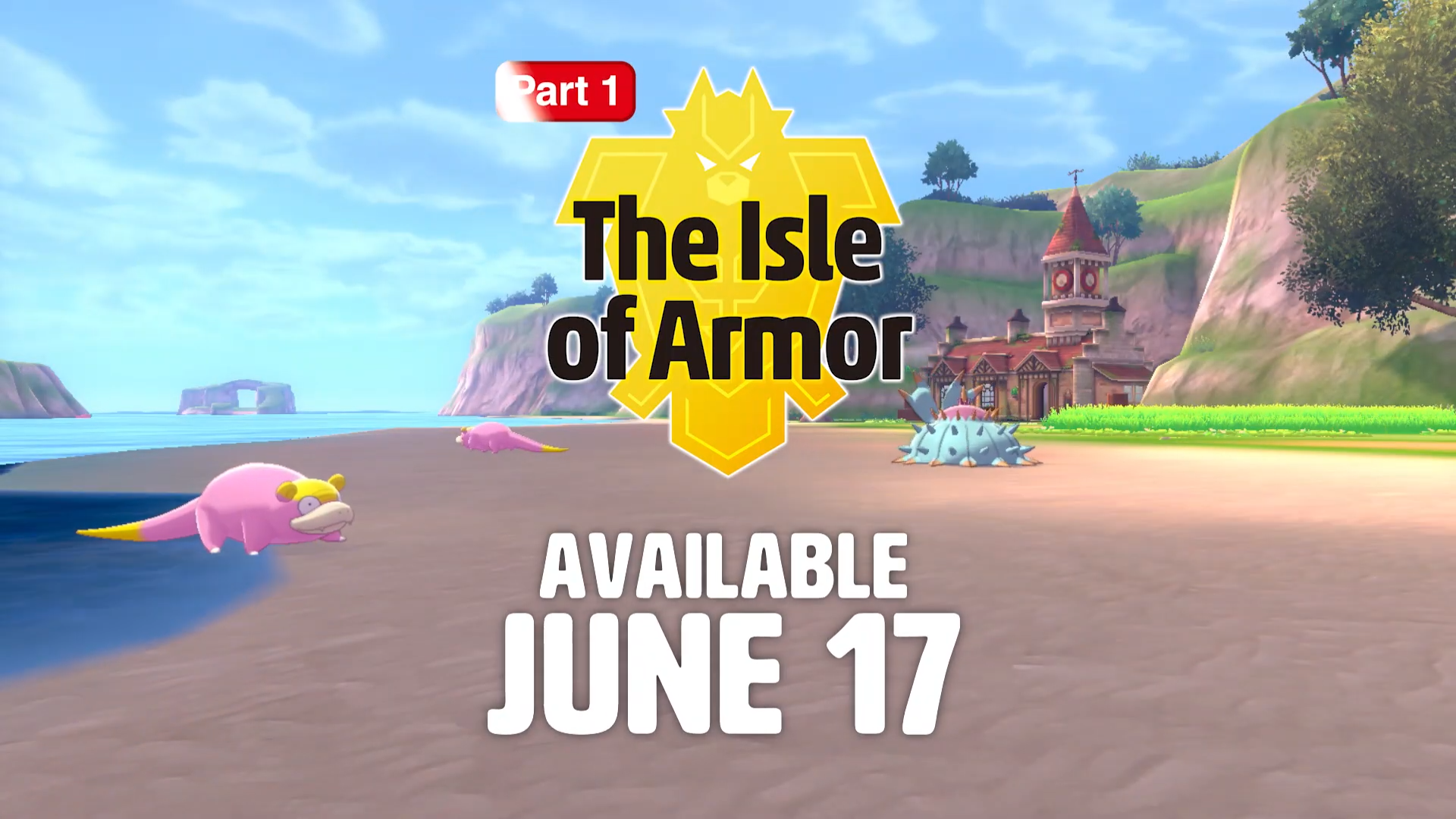 The Pokémon Company has released a new video for the upcoming Isle of Armor Expansion for Pokémon Sword & Pokémon Shield. The video provides a comprehensive look at what players will be able to experience in the whole new area of the Galar region. New locales, new Pokémon including Galarian Slowbro, and new Gigantamax forms like Gigantamax Blastoise and Venasaur are just for starters.

The Isle of Armor Expansion will be live on June 17. You can check out the new Japanese trailer below.

Some additional information on new Pokémon has been collected below.

Two new Regi Pokémon are coming to the game. Regieleki is an Electric-type with the ability Transistor. Regidrago is a Dragon-type and has the Dragon’s Maw ability.

The three Legendary birds from Kanto also have Galarian forms with new dual typing. Galarian Articuno is a Psychic/Flying type. It will have the Competitive Ability. Zapdos is a Fighting/Flying typ with the Defiant ability. Moltres is a Dark/Flying type and posseses the Beserk ability.

Galarian Slowpoke can evolve into Galarian Slowbro. This Pokémon is a Poison/Psychic-type. It has the new Quick Draw ability and has an all-new exclusive move called Side Arm Smash. Galarian Slowbro can poison its opponent and do either Physical or Special damage depending on which attribute does more damage.

Gigantamax Venusaur has a G-Max Move called G-Max Vine Lash. It does damage to the opposing Pokémon and will continue to do so for four turns if the Pokémon is not a Grass-type.

Gigantamax Blastoise has a G-Max Move called G-Max Cannonade. Similar Venasaurs’ G-Max move, G-Max Canonade will damage the opposing Pokémon and continue to do so for four turns if the Pokémon is not a water-type.

To anyone who deposits a Pokémon from Sword or Shield into the Mobile App of Pokémon HOME, they can recieve a Grookey, Scorbunny and Sobble, with a hidden ability.

The dojo on the Isle of Armor houses a unique take on recycling in the form of a device called the Cram-o-matic. If you feed it four items, it will combine them and give you a new item in exchange. You can receive any of a variety of items, including Poké Balls, PP Ups, and more. Some combinations might produce rare items!

Max Soup is a special dish made from rare ingredients you can gather on the Isle of Armor. If a Pokémon with great hidden potential drinks Max Soup, it will become a special Pokémon capable of Gigantamaxing.

Grassy Glide is a new Grass-type move that can be taught starting with this expansion. This move has high priority when used on Grassy Terrain!

For even more information, be sure to check out Pokemon.com for the full details