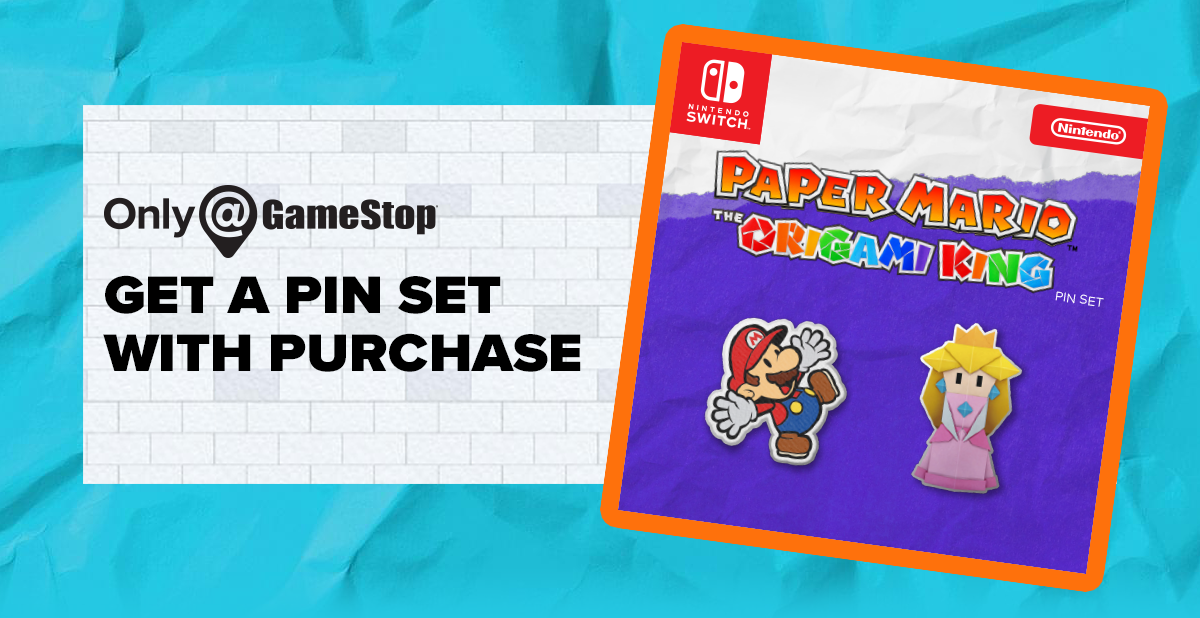 Power and Pin Set to the Players

The game is currently available for pre-order at different outlets like Amazon, Best Buy, and Walmart, but Gamestop is currently the first one to show how they plan to incentivize pre-orders. If you want to secure the pin, make your pre-order soon, but it is also possible that the other outlets will also feature pre-order bonuses of their own.

Paper Mario: The Origami King is scheduled to be released on the Nintendo Switch this July 17th.

Sergio Acevedo is a writer at Miketendo64. You can also talk with him about Nintendo happenings on Twitter and listen to his Nintendo Podcast at the Force in Unison Gaming channel